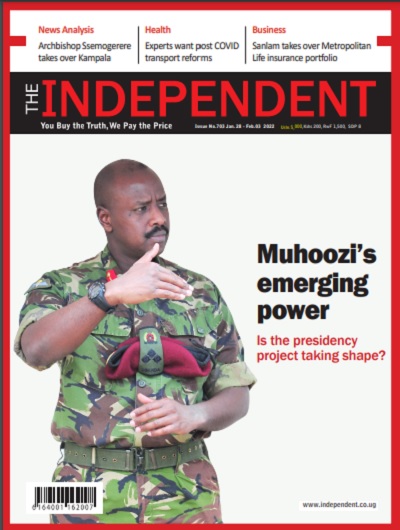 Jan. 5: Widespread condemnation of the Ugandan government after horrendous images of a tortured Kakwenza Rukirabashaija, a writer and novelist, become public. Kakwenza was tortured by security agents after he sent out a tweet about First Son Gen. Muhoozi, then UPDF Commander of Land Forces.

Jan. 25: Maj. Gen Katsigazi Tumusiime is appointed Deputy Inspector General of Police. The post was vacant for five months after the sudden death of Lt. Gen Paul Lokech who succumbed to a blood clot while at his home in Kampala.

Feb. 9: Kakwenza Rukirabashaika, a critic of President Yoweri Museveni and First Son Gen. Muhoozi Kainerugaba, flees into exile following days in detention where he is tortured by security agents believed to be acting on the orders of Gen. Muhoozi.

Feb. 9: Opposition leader Robert Kyagulanyi aka Bobi Wine asks the European Union parliament to act on President Museveni over torture and human rights abuses. He says, “The torture in my country does not just need EU to issue a statement but to do more….”

Feb.9: The International Court of Justice (ICJ) in a ruling orders Uganda to pay $325 million as compensation for its armed activities on the territories of the DRC in a case that was filed in 1999.

Feb. 10: A coffee agreement is signed between the government of Uganda and Uganda Vinci Coffee Company Limited. The deal awards Vinci exclusive rights to process and export Uganda coffee Ltd, sidelining Ugandan coffee farmers. At the centre of the deal is Enrica Pinetti, a controversial Italian businesswoman with close ties to President Museveni.

March 2: Uganda abstains in a UN vote condemning Russia’s invasion of Ukraine. Uganda’s Ambassador to the UN Adonia Ayebare says Uganda’s decision is inspired by its status as chair of Non-Aligned Movement

March 20: Speaker of Parliament Jacob Oulanyah passes on at a hospital in the U.S. after a long illness. Oulanyah had been Speaker for just 10 months and spent most of the time away from his duties.

March 25: Anita Among is elected Speaker of Parliament, replacing Oulanyah and trouncing the opposition candidate by a mile. Thomas Tayebwa is elected Deputy Speaker 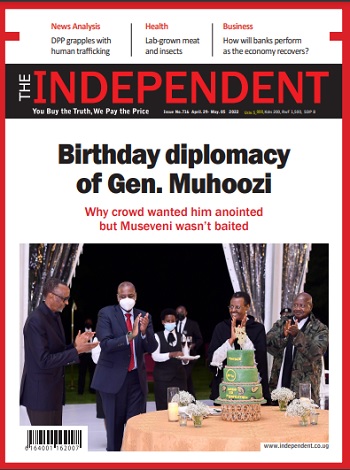 April 5: Leaders of the opposition National Unity Platform (NUP) accuse UPDF of being behind the killings and cattle rustling happening in Karamoja sub-region. NUP leaders said on several occasions UPDF raided villages in the name of fighting warriors.

April 23: A Birthday run and celebrations are held for First Son Gen. Muhoozi at Lugogo Cricket Oval in Kampala. Muhoozi turned 48 and it was the start of nationwide activities drumming up his presidential bid.

April 24: Rwandan President Paul Kagame attends a birthday dinner held in honour of Gen. Muhoozi at State House Entebbe. Kagame was invited by his counterpart, President Museveni and it was his first visit since 2018.

May 18: Parliament votes to terminate the agreement between the government and Uganda Vinci Coffee Company Limited (UVCCL), after weeks of controversy. The agreement was castigated for giving the company a monopoly.

May 26: Gen. David Sejusa signs his retirement documents from the UPDF, capping a long battle by the former guerilla to retire from the army that began in 1996. 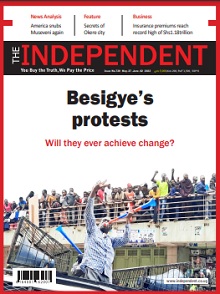 June 8: President Museveni assents to eight Bills passed by the 11th parliament in its first session.

June 14: New York-based Congo Research Group releases report critical of UPDF’s Operation Shujaa, the excursion in eastern DRC meant to hunt down ADF. Report says the mission is likely driven by money
June 15: Ugandan arts teachers declare strike demanding government to increase their pay. This was provoked by the government’s decision to raise the salaries of their science counterparts by 300 percent. 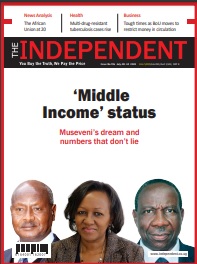 July 20: Norbert Mao, the President-General of the Democratic Party (DP), signs a cooperation agreement with President Yoweri Museveni, chairman of the NRM at State House Nakasero.

July 21: President Museveni appoints Mao minister of Justice and Constitutional Affairs as part of the agreement.

July 22: In a letter, Gender and Labour Minister Betty Amongi asks NSSF MD Richard Byarugaba to leave office on the basis of clocking retirement age of 60.

July 25: Gangs attack a police checkpoint on the Kampala Gulu Highway in Luweero hacking two police officers to death and fleeing with guns.

August 2: Opposition kingpins Dr. Kizza Besigye and Bobi Wine sign cooperation agreement to work together after a string of losses in by-elections. Leaders of JEEMA and PPP, two other minority opposition parties are part of the agreement.

August 9: Dr. Besigye and Bobi Wine are in Kenya as election observers for the hotly contested election for Kenya’s fourth president that was won by William Ruto.

August 25: Gen. Elly Tumwine dies at Aga Khan Hospital in Nairobi. A former army commander and minister for security, Tumwine was also known for firing the first shot as NRA launched its guerilla war in 1981.

Sept.7: Opposition MPs, Allan Ssewanyana and Mohammed Ssegirinya mark a year in jail on what is widely believed to be trumped up charges. The charges are in connection with the killings in Masaka that happened in 2021.

Sept.13: President Museveni attends inauguration of Kenyan President William Ruto in Nairobi. He is introduced as the “father of our region” by Ruto and speaks on behalf of heads of state. It was the third Kenyan presidential inauguration Museveni was attending. 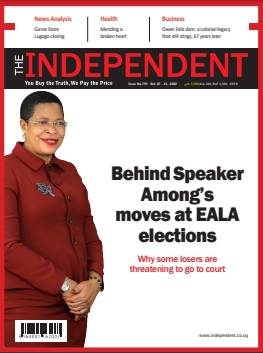 Oct.3: Gen. Muhoozi Kainerugaba tweets about Uganda invading Kenya causing uproar on social media. His father, President Museveni, apologises on his behalf and fires him as UPDF Commander of Land Forces. He also promotes him to General.

Oct.25: 11 pupils at Salama School of the Blind in Mukono district perish after fire guts their dormitory. Scores of students were also injured in the fire that broke out in the dead of night. 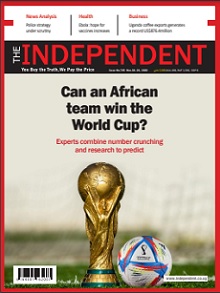 Nov. 4: President Museveni rules out lockdown in Kampala as Ebola cases spread out to the capital creating a public health alert

Nov.13: A Police post in Kyanja is attacked by thugs who shoot at the post in a continuing spate of attacks on police posts in the country. The attempt to grab gun fails but police is placed on a high alert as the attacks seem coordinated.

Nov.17: Ugandan torture victims appear at a human rights conference in Nairobi narrating their ordeals at the hands of Ugandan security officers. The victims breaking down, bore horrible scars after months in torture chambers. The conference elicited sweeping condemnation of the Ugandan government.

Nov.23: President Museveni travels to Vietnam for first state visit in the pandemic era. He signed cooperation agreements with his Vietnamese counterpart in areas of agriculture, ICT, health etc.

Dec.2: Uganda discharges last Ebola patient after three months of the viral disease outbreak that claimed 56 lives. Ebola broke out in the districts of Mubende and Kasanda with cumulated cases hitting 142.

Dec.9: Former IGP General Kale Kayihura is sanctioned by the U.K. The U.K. Global Human Rights Regime sanctioned in a statement saying while he was IGP, “he oversaw multiple units responsible for human rights violations including torture and other cruel, inhuman or degrading treatment and punishment.”

The post 2022: Year in Review appeared first on The Independent Uganda:.