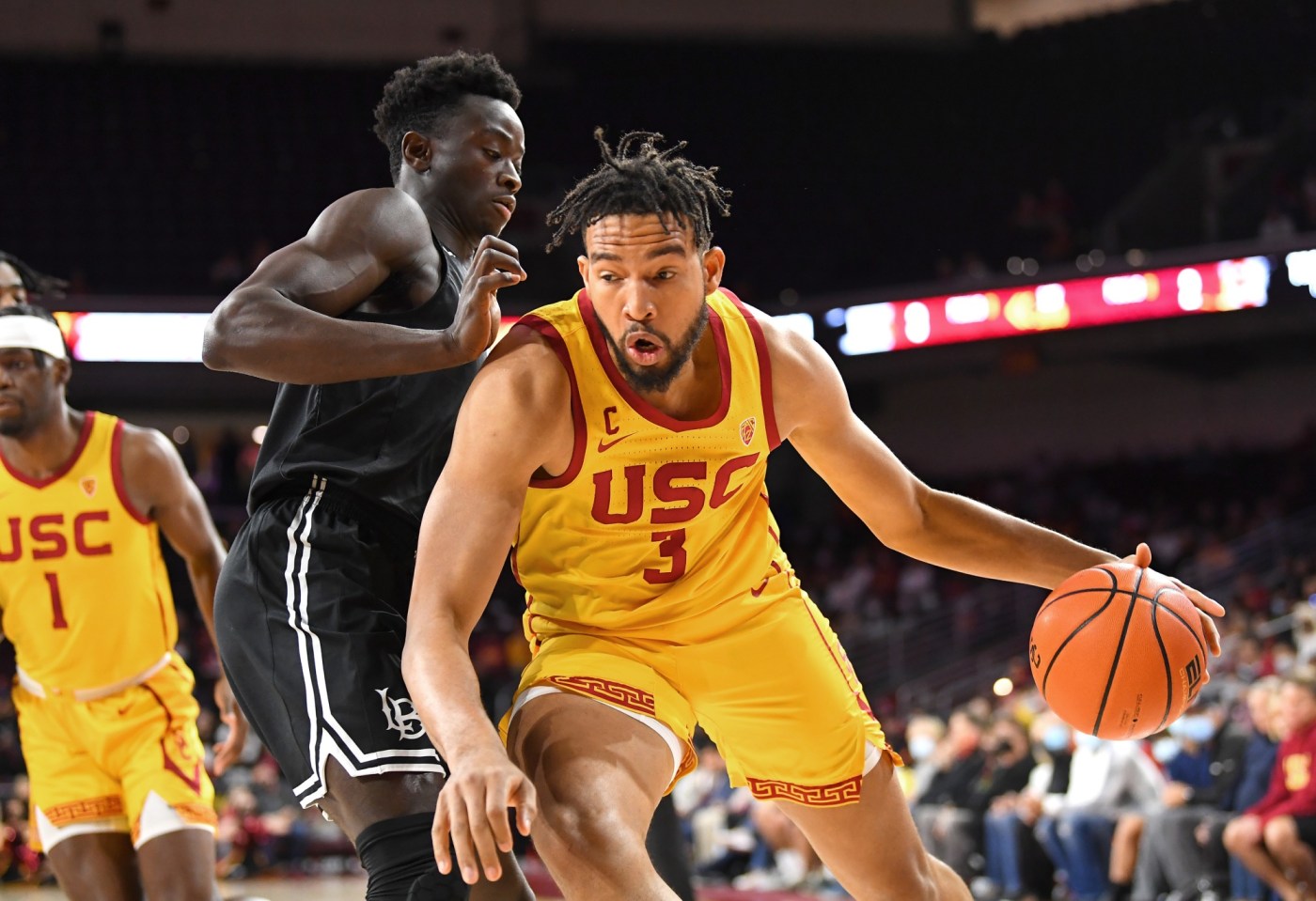 LOS ANGELES — It’s been nearly three weeks since USC men’s basketball suited up for a game. By the time the Trojans restart Pac-12 play Thursday against Cal, it will have been 19 days in between games for USC due to a COVID-19 pause within the program.

It adds some uncertainty for the No. 7 Trojans (12-0, 2-0 in Pac-12) as they begin conference play again. Here are a look at five burning questions for USC entering Thursday’s game.

1. Can Trojans shake off the rust of a long COVID delay?

USC was on fire, off to their best start in five years, when a COVID-19 outbreak caused the program to pause all team activities for two weeks. The outbreak was far-reaching, impacting practically every player on the roster, save one or two, and the team couldn’t do much outside of the odd Zoom meeting.

So when the Trojans head to Berkeley for Thursday’s game, do they still have the momentum from that fast start to the season? Or are there signs of rust that USC has to overcome?

“Saturday was our first practice; that was rough,” Trojans head coach Andy Enfield said. “Our timing was way off and we had to run like a training camp practice.”

2. Can Trojans erase doubts they belong among the elites?

USC is currently ranked seventh in the Associated Press poll, its highest ranking since 1976. It’s an earned reward for being one of three undefeated teams standing after an Elite Eight run a year ago.

But the Trojans are still looking for a win over a ranked opponent to cement their status among the national title contenders. In the Pac-12, that can only come against No. 5 UCLA or No. 9 Arizona. USC doesn’t play either team until February, barring an early scheduling of the Trojans’ makeup game against the Wildcats.

3. Who is USC’s fifth starter?

The Trojans have largely alternated between juniors Ethan Anderson and Max Agbonkpolo as starters for much of the season, and each provides something different.

Anderson is more of a playmaker on offense who has grown as a 3-point threat. Agbonkpolo uses his athleticism to make himself a target cutting to the basket. Both are strong defenders, but Agbonkpolo’s size at 6-foot-9 makes him the more versatile option at that end.

So does one guy establish himself for the job? Is that even necessary for USC?

4. Does the rotation tighten?

USC has typically played a nine- or 10-man rotation in close contests this season. But as the competition heats up in Pac-12 play, does that tighten up? And if it goes, who is the odd man out off the bench? Enfield will have those types of decisions to make as USC starts playing for a conference title.

5. How much of the schedule is impacted by COVID-19?

USC anticipates not needing to shut down again this season due to most of the team not being required to test through late March following positive cases. But that doesn’t mean other teams won’t need to pause due to the pandemic.

Already this week there are concerns if USC will play Stanford on Saturday as scheduled. The Cardinal already postponed its Thursday game against UCLA due to COVID-19. USC’s opponent next Thursday, Oregon State, postponed Monday’s game against Sacramento State for the same reason.

“We’ll just take direction from the league,” Enfield said. “I think we just need to try to reschedule as many games as possible and hope we don’t run out of time.”

Read More »
PrevPreviousHow to Help Someone With Grief After a Sudden Death
NextWhat do minimum wage hikes mean for businesses and customers?Next