After Omicron, can we learn to live with the coronavirus? – POLITICO 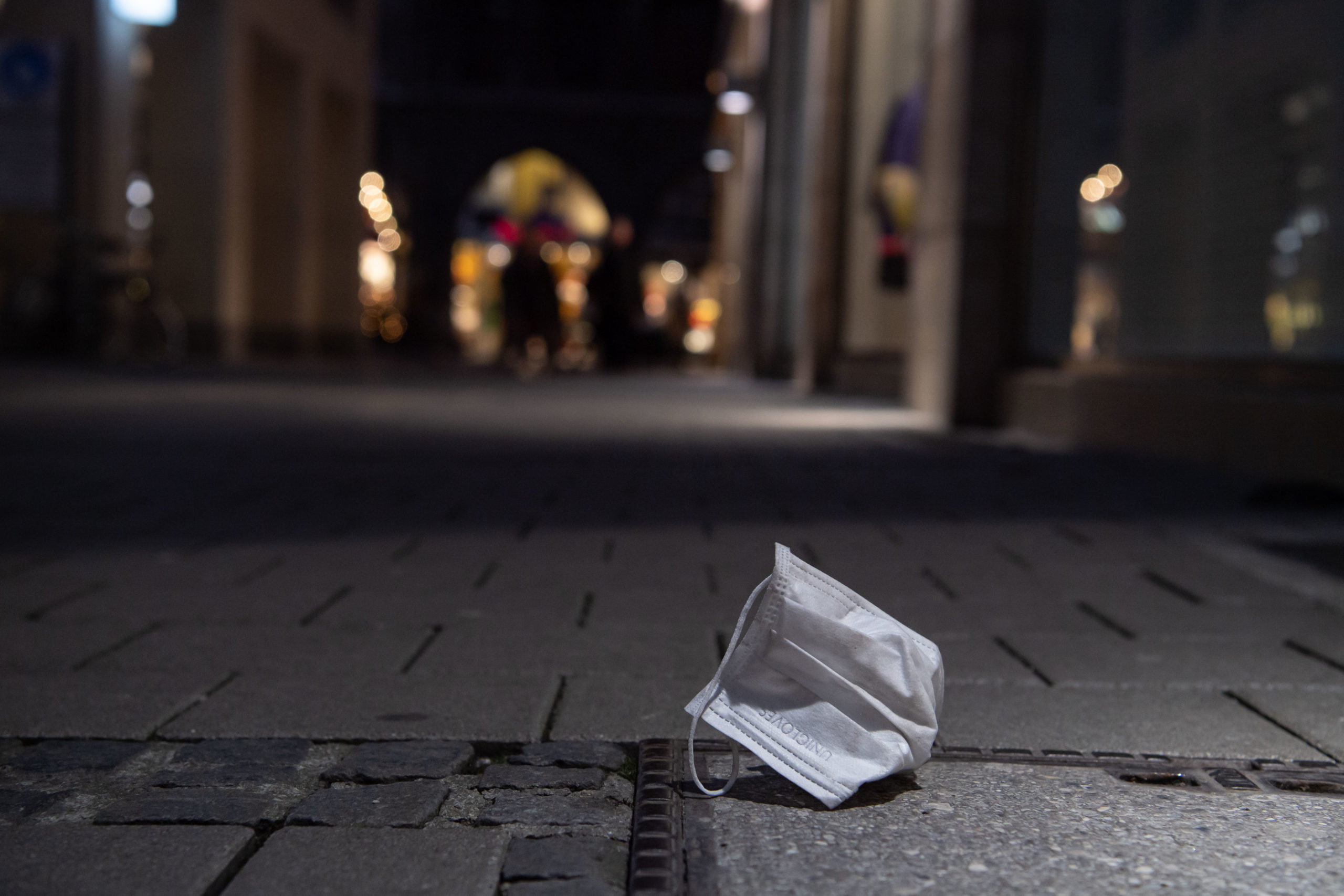 The Omicron variant is driving an unprecendented wave of coronavirus infection in Europe that, because it is so contagious, means it will be hard for most people to avoid exposure to the disease.

Even if Omicron is less deadly than earlier versions of the Sars-CoV-2 virus, hospitals and other critical services still face enormous strains in the weeks ahead as staff are infected or have to isolate.

But what happens then? Some scientists say that the current surge heralds an “exit wave” from the two-year-old pandemic and a transition to a new, less dangerous, endemic phase where societies will have to learn to live with the virus. Others call this wishful thinking and warn that, with more people infected than ever, risks will only grow of a new, and more dangerous, strain emerging:

How big will the Omicron wave be?

The Omicron wave has been compared by political leaders to a tidal wave: France reached a dizzying 270,000 new cases on Tuesday, while countries including Greece, Italy, and Spain are also setting infection records. Eastern European countries are now detecting their first Omicron cases.

But health experts agree that, unlike this time last year, intensive care units aren’t at risk of being overrun. While Omicron can sidestep prior immunity, studies point to vaccines and previous infections still protecting against the worst outcomes.

In the U.K. — the first country in Europe to encounter Omicron — new infections crossed the threshold of 200,000 on Tuesday and hospitalizations are increasing. But the number of patients being mechanically ventilated remains flat despite the surge in infections. That’s a positive signal for the rest of Europe.

How bad will it be?

Omicron is capable of dodging immunity from a standard course of vaccination or prior infection with COVID-19. But, importantly, booster shots appear to be effective and Omicron itself is less dangerous than earlier variants. Research points to the variant concentrating in the upper airways, avoiding the more sensitive lungs previously linked with fatal complications from COVID-19.

Despite the variant’s lesser virulence and widespread immunity from vaccines, health systems are still under pressure. In Italy, patients are filling regular hospital beds even if they don’t end up in the ICU, said Fidelia Cascini, assistant professor of public health at the Università Cattolica Sacro Cuore in Rome. This means drawing on resources that could be used for other patients in health systems already struggling with backlogs and staff shortages.

More broadly, mass absences when staff have to isolate after testing positive could threaten essential services and critical infrastructure, and undermine the continent’s fragile economic recovery from recent lockdowns.

Sarah Scobie, deputy director of research at the health-focused think tank Nuffield Trust, said that 25,000 U.K. health care workers were off sick in the most recent week for which data is available. In England, several hospital trusts have declared “critical incidents” due to staff shortages. The full impact of Omicron remains to be seen, Scobie cautioned, since it is only now starting to spread among the elderly, who are more likely to become severely ill from the coronavirus.

When will it end?

Flemming Konradsen, professor of global environmental health at the University of Copenhagen, expects Europe to be in a very different place by the end of February. In Denmark, the first country on the continent to record a major Omicron wave, the variant’s rapid spread means that it will run through the population quickly.

“After the burnout, we’ll have a population in Denmark that is close to 90 percent infected or immunized. And that, of course, will make the disease quite different,” said Konradsen. People will still get sick but the risk of serious illness will concentrate in settings such as nursing homes and hospitals.

This scenario is likely to play out across Europe, as the rollout of booster shots and immunity gained through infection with Omicron improves the population’s defenses. Eastern Europe, where vaccination levels lag, could be vulnerable: “I would expect that many health systems across Europe during the month of January into mid-February would be put under significant pressure,” said Konradsen.

Is South Africa the future?

South Africa was one of the first countries to detect the Omicron variant in late November. Public health experts have since analyzed the Omicron wave to understand how the variant might spread around the world.

With its young demographic profile, the African nation isn’t a perfect parallel to anywhere in Europe. Still, cases have already peaked without a large increase in deaths. And, in contrast to earlier waves, South Africa held off from imposing further restrictions even as Omicron surged. So far, that approach has paid off.

“We basically made a strong case that going to higher levels of restrictions should be only informed if healthcare facilities were imminently under threat and not based on the increasing number of cases,” said Shabir Madhi, professor of vaccinology at the University of the Witwatersrand and chair of the National Advisory Group on Immunization in South Africa. “It worked extremely well, with minimum damage in South Africa compared to what happened in the past.”

Going forward, the focus needs to be on preventing severe disease and death, said Madhi. “By continuously harping on about the number of people that have been infected, it’s really missing the point that the virus is not going to disappear,” he said.

Can we learn to live with the virus?

Scientists are starting to speak of a possible end to the pandemic, with the virus becoming “endemic,” circulating freely but posing less of a threat to societies.

That’s the view of epidemiologist Maria Van Kerkhove, the World Health Organization’s technical lead on COVID-19. Speaking in December, she predicted a long transition before the end of the pandemic. “Endemic doesn’t mean that it’s not dangerous,” Van Kerkhove added.

But there is no consensus on just how the pandemic will evolve, or even what living with an endemic virus will be like.

Masks, for example, are likely to remain a common feature in Europe, as they already were in Asia throughout the flu season, said Martin McKee, professor of public health at the London School of Hygiene & Tropical Medicine.

He’s a signatory of a letter co-authored by a number of different public health experts advocating for a “vaccine plus” strategy that focuses both on jabs and public health measures, including tighter restrictions if needed. McKee said the focus should continue to be on suppressing the virus, which can still pose a risk for the most vulnerable.

Could a more deadly variant emerge?

McKee warned, however, that there is no scientific consensus on whether the coronavirus will remain less deadly: It could continue to evolve and again become more dangerous. A group of Swedish-based scientists shares that fear: “Letting large amounts of infection circulate is like opening Pandora’s box. We should expect more unpleasant surprises to come. We have hardly seen the last variant,” they wrote in an opinion piece for POLITICO.

David Heymann, professor of infectious disease epidemiology at the London School of Hygiene & Tropical Medicine, agreed that there was always the chance of a dangerous mutation. But, he added, the high level of population immunity reached in the U.K. should guide a different approach. Rather than top-down decisions like lockdowns, people should perform their own risk assessments. For example, testing themselves before going out to dinner, or avoiding vulnerable people if there might be a risk of infection.

“It’s a matter of just letting this disease become like other diseases, one that we do our own assessment on,” he said. “Let’s get on with doing what we need to do to prevent this from rapidly spreading and to protect others.”

This article is part of POLITICO’s premium policy service: Pro Health Care. From drug pricing, EMA, vaccines, pharma and more, our specialized journalists keep you on top of the topics driving the health care policy agenda. Email [email protected] for a complimentary trial.

Read More »
PrevPreviousWhen should you go to hospital for a headache? A doctor explains how to tell if it’s an emergency
NextHollywood prepares for virtual 78th instalment of Golden GlobesNext