During two weeks in November, government representatives gathered in Panama City to put in place regulations on international trade in wildlife. The 19th Meeting of the Conference of the Parties to the Convention on International Trade in Endangered Species of Wild Fauna and Flora (CITES COP19) — also known as the World Wildlife Conference — made decisions that will affect the future of more than 600 species of animals and plants, including sharks, freshwater turtles, jaguars, elephants, hippos, songbirds, tree species, orchids, and more.

Three alumni of the MPA in Environmental Science and Policy program at Columbia University’s School of International and Public Affairs also participated in the conference: Shirley Binder represented Panama’s Ministry of Environment, while Shira Yashphe and Arnaud Goessens are both working for conservation organizations, the Cheetah Conservation Fund and the Wildlife Conservation Society, respectively. All three worked to protect wild fauna and flora threatened by international trade, working closely with national governments and other stakeholders and applying environmental policy skills and knowledge they gained during their time at Columbia University.

In the Q&As below, find out more about their work and focus at CITES COP19.

Arnaud (@ArnaudGoessens) graduated from the MPA-ESP program in 2016. He is associate director for EU Policy at the Wildlife Conservation Society EU Office, based in Brussels, Belgium.

What is your role at the Wildlife Conservation Society ?

WCS is a global conservation organization working to save wildlife and wild places in more than 60 countries in Asia, Africa, the Americas, and the Pacific, building on more than 125 years of scientific, technical, and policy expertise. In my current position with WCS EU, I work at the science-policy interface related to biodiversity conservation, wildlife trade, One Health, and pandemic prevention, and lead on engagement with the European Union and the Belgian government on conservation policies, including as related to international fora such as CITES meetings. I’ve now worked at WCS for more than 7 years and also spent several months with WCS Mozambique in 2017, coordinating counter wildlife trafficking work based in Maputo.

I was particularly looking at ensuring further critical and much needed protection measures for a number of wild animals that are threatened by illegal and/or unsustainable international trade, such as sharks, turtles, songbirds, jaguars, and elephants. I also engaged closely with the EU and other parties to CITES to ensure that an evidence-based and a precautionary approach is used when deciding to list a species in the CITES Appendices [lists offering different levels or types of protection], or to transfer a species between appendices.

Overall, the CITES COP19 was a big success for wildlife and I’m really pleased with the outcomes, which includes enhanced conservation measures for requiem sharks and hammerheads, freshwater turtles, songbirds, glass frogs, and many other wildlife species. 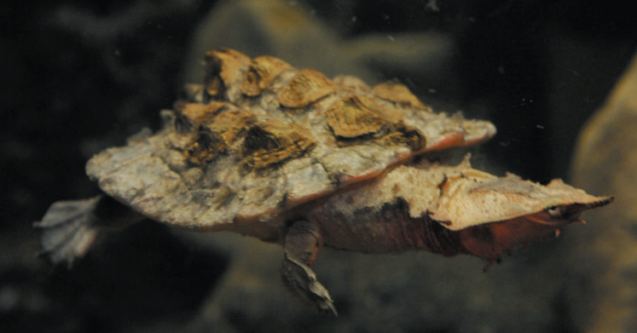 What role does the European Union play in combating wildlife trafficking?

As a large global market and transit hub for both legal and illegal wildlife and wildlife products, the EU plays a key role in combating wildlife trafficking as well as unsustainable wildlife trade. The EU, together with its 27 member states, votes as a bloc (i.e. 27 votes) on species-related matters at CITES meetings and therefore usually is pivotal in the adoption of species listing proposals and other decisions. The EU’s leadership on the global stage is thus vital, in particular at CITES meetings, where member governments decide protection measures for many threatened and potentially threatened wildlife species. I was particularly pleased when the EU issued a new, ambitious action plan against wildlife trafficking just before the CITES conference, which will guide new EU actions against this criminal activity until 2027.

Shirley (@BinderShirley) graduated from MPA-ESP in 2019, and is now the ministerial senior office advisor in Panama’s Ministry of Environment.

Tell us more about your current role in the Ministry of Environment?

As advisor to the minister of environment of Panama, I was in charge of the logistics and technical aspects for the organization of the CITES COP19, which was hosted by the government of Panama. In addition, I’m the international negotiator for Panama at CITES and the Convention on Biological Diversity meetings, and the representative for Panama at other high-level events, such as the U.N. Ocean Conference. Prior to my current role, I served as national director of protected areas and biodiversity, director of environmental policy, and marine biologist in the Ministry of Environment of Panama. In these roles, I focused on increasing Panama’s marine protected areas for the conservation and sustainable use of the oceans, and integrating communities in the management of both marine and terrestrial protected areas. 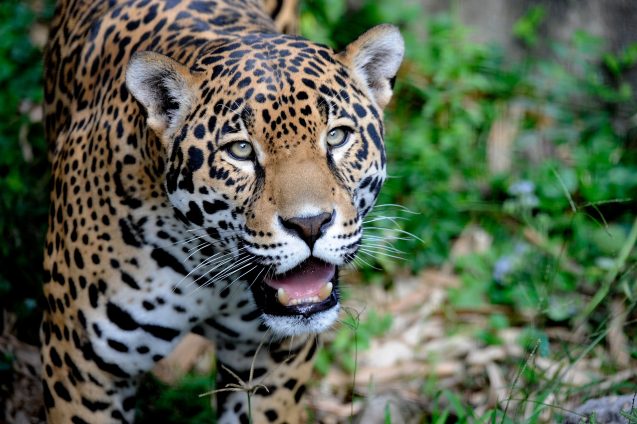 Why is CITES important?

CITES is one of the most important and implementable international conventions regarding species-specific conservation and protection. It’s one of those conventions for which decisions are tangible, implementable, and parties actually need to comply with the decision made, otherwise they get sanctioned, including through trade bans. CITES is not purely about conservation — its role is to manage international wildlife trade by ensuring it’s sustainable and legal. CITES COPs only take place every three years, so each COP represents a unique and decisive moment for governments to agree on protection measures for species threatened by international trade.

Panama prioritized several species and strategic issues at COP19 but one of our highest priorities was to get requiem and hammerhead sharks listed on Appendix II [species that are not necessarily threatened with extinction but that may become so unless trade is closely controlled]. In the Committee session, the requiem shark proposal was approved by a very large majority of CITES parties and the hammerhead shark proposals was adopted by consensus. Thanks to this success, more than 90% of the shark fin trade will now be regulated under CITES, which should significantly reduce unsustainable trade, and motivate effective management of sharks. It is important to note that an Appendix II listing is not a trade ban but rather a tool to ensure that the trade in wildlife is sustainable and legal, and that the species populations can recover and thrive. 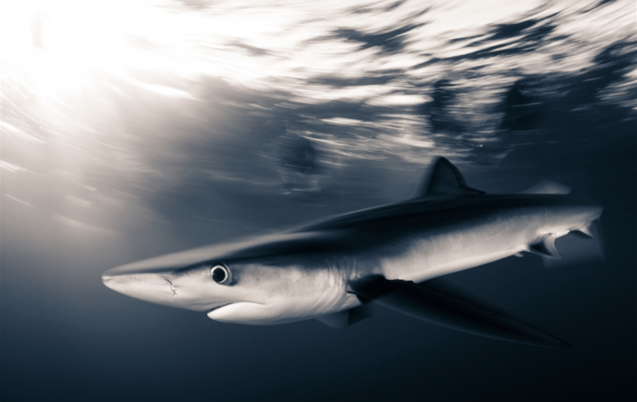 The blue shark is a species of requiem shark. Thanks to recent actions at CITES COP15, trade in these types of sharks will be more regulated. Photo: Hannes Klostermann / Ocean Image Bank

Shira graduated from the MPA-ESP program in 2017 and now is wildlife crime lead at the Cheetah Conservation Fund (CCF).

What is your role at the Cheetah Conservation Fund?

For the last four years, I have been leading the Cheetah Conservation Fund’s (CCF’s) wildlife crime and international policy work. Founded in 1990 by Dr. Laurie Marker, CCF works to protect the cheetah from threats to its survival across its range. There are currently less than 7,500 cheetahs left in the wild, with the species facing threats ranging from climate change and habitat loss to low genetic diversity and disease. In the last 15 years, an additional threat, that of the illegal trade in cheetah cubs, began to emerge as a serious threat to the East African cheetah population. Leading both our wildlife crime work and our international policy engagement, I develop and implement projects to stop the trade as well as represent CCF, along with Dr. Marker, at international conventions such as CITES.

Representing CCF, my aim was to promote regional collaboration to stop the trafficking. It was our hope that we could bring both East African and Arabian Peninsula countries together to declare the need to crack down on the illegal trade and stop it before it’s too late. We did not achieve that, unfortunately, this time, but there was recognition that the cheetah trafficking is indeed a threat to cheetahs and that attention should be given to the live illegal trade in cubs in two instruments newly established under CITES, namely the African Carnivores Initiative and the Big Cats Task Force. We will continue to engage the two regions on each side of the Gulf of Aden and hope they will work jointly as soon as possible.

What are your expectations for the future?

Personally, I am hopeful that the convention can move away from a worrying trend I am seeing – that of focusing on maximizing trade instead of ensuring that it is sustainable and does not harm species. If in the past sustainability was at its core, there is more and more vernacular around “maximal” use — which goes against the convention. The convention was established to protect species from over-use and is not a convention to maximize financial gains at all costs.

I also wish that the welfare of individual animals will be included in discussions and decisions, as currently parties to the Convention are convening to discuss and decide on the fate and use of (i.e. killing) of living beings without registering that animals are, much like human beings, sentient creatures. 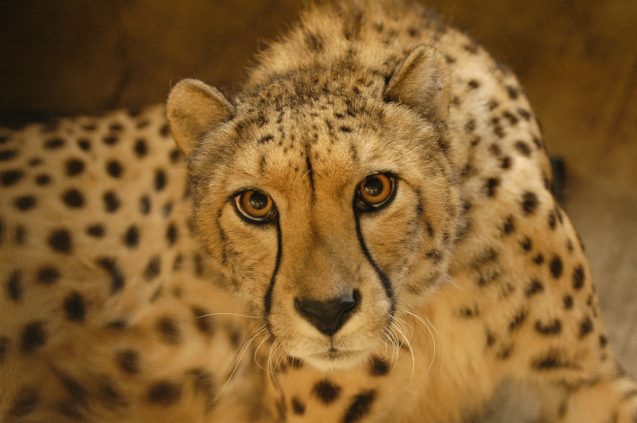 Read More »
PrevPreviousFollowing My Heart to Punjab, I Left US To Transform 1400 Villages
NextHospital investigation after forceps left inside patient after surgeryNext