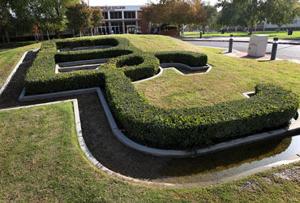 Student housing hasn’t been a hallmark of the community college experience, but Kern Community College District has been making serious plans to build dedicated student housing for Bakersfield College for years.

A 2019 study by the college showed the demand was there. The district hatched plans to work with the Housing Authority of Kern County to rezone and create affordable housing just down the street at 4021 Mt. Vernon Ave.

Then came the state budget windfall. Gov. Gavin Newsom signed a bill that created a $2 billion pot of funding for student housing — half of it for community colleges.

“We have an opportunity,” former Chancellor Thomas Burke told trustees at their Oct. 19 board meeting.

Burke and Randall Rowles, vice chancellor of construction and facilities, outlined a proposal for the board: a 152-bed residence hall with an estimated cost of $71 million.

One-time grants from the state will fund the entirety of the project. There will be early rounds of funding for planning and design, and then later rounds for construction. The goal is to provide low-cost housing, particularly for low-income students.

BC’s proposal is a housing project with 87 units with a mix of unit sizes, which would include units with multiple beds. The monthly rate per bed would be $619, which is the maximum rate under the bill. There would be resident assistants and a manager. Operating expenses budget for counseling and education advisers.

Burke encouraged the board to act quickly. He believed an aggressive approach, though it carried risk, would allow the college to be in a better position to take advantage of the state’s pot of funding, which he expects will face stiff competition in later rounds.

The board unanimously approved an accelerated, more aggressive timeline, which will put the college on track to break ground for an on-campus housing project by Dec. 31, 2022.

On Oct. 29, the KCCD submitted its grant application to the state for the first round of funding, according to Mike Giacomini, vice president of finance and administrative services. The Mt. Vernon Avenue plan is on hold for the time being in favor of this proposal, which would be located on the main campus.

That aggressive approach comes with risk. The board approved approximately $3.1 million to design and plan the housing project. Half of that money comes from district reserves, and the other half from the college funds. The district will only recoup that money if it is successful with its grant application.

However, the plans have a five-year shelf life for the state’s funding program, and it will be considered in later rounds if it’s not successful right away.

“You get two bites of the apple,” Burke said.

The aggressive schedule the board approved anticipates a project completion date of December 2024.

KCCD trustee John Corkins, who represents the Porterville College area and serves on the district’s finance committee, said a grant that covers 100 percent of the funding is rare and allows the district to take a reasonable risk. It’s a risk few community colleges have taken up until now: A recent Assembly memo notes that only 12 community colleges have housing programs.

“This would give us an opportunity to do something unique with funds made available to us,” he said.

The college’s survey in 2019 found there was demand for 250 to 300 beds, the majority among students who had been enrolled part-time in college for more than three years. It was difficult or very difficult for 80 percent of students to find housing in Bakersfield.

Cost was the main factor for students in choosing where they lived, but many were willing to consider a convenient, high-quality campus living environment. Single students without children were particularly interested: 57 percent said proximity to campus was important.

Trustee Romeo Agbalog asked whether the college could build a mixed-use development in order to generate funding to help offset maintenance costs for housing. The proposal currently allots $3,200 monthly in scheduled maintenance. But this grant program is laser-focused on student housing, Burke said.

Most of the district’s funds and energy have been spent on positioning BC to get ready for the first round of grants, since it has been working on student housing for years. But Burke said that the BC effort will have benefits for both Cerro Coso and Porterville colleges. The board also approved $85,000 in feasibility studies to position them for later rounds of grant funding — half from district reserves and half from college funds.

Read More »
PrevPreviousCalculating if you’re in the market
NextWhat to watch on Hanukkah: eight shows for eight nightsNext