HFC lead 2-0 at the intermission after a closely contested first half. Both teams were trying to get their footing as the game got off to a cagey start, opting to go for the long ball rather than passing it around. BFC did have a few opportunities to score the game’s first goal but came up empty-handed. HFC’s Bartholomew Ogbeche scored the game’s first goal after a well-executed free kick. Sandesh Jhingan’s deflection of Bartholomew Ogbeche’s strike into the net gave HFC a two-goal lead with just over a minute of extra time left in the opening half.

At the stroke of halftime, BFC was awarded a free kick but failed to capitalise on it. Despite being two goals behind, BFC had the majority of the ball in the opening period. While HFC will want to end the game in the second half, they will be looking for a goal to put them right back in the game early in the second half. 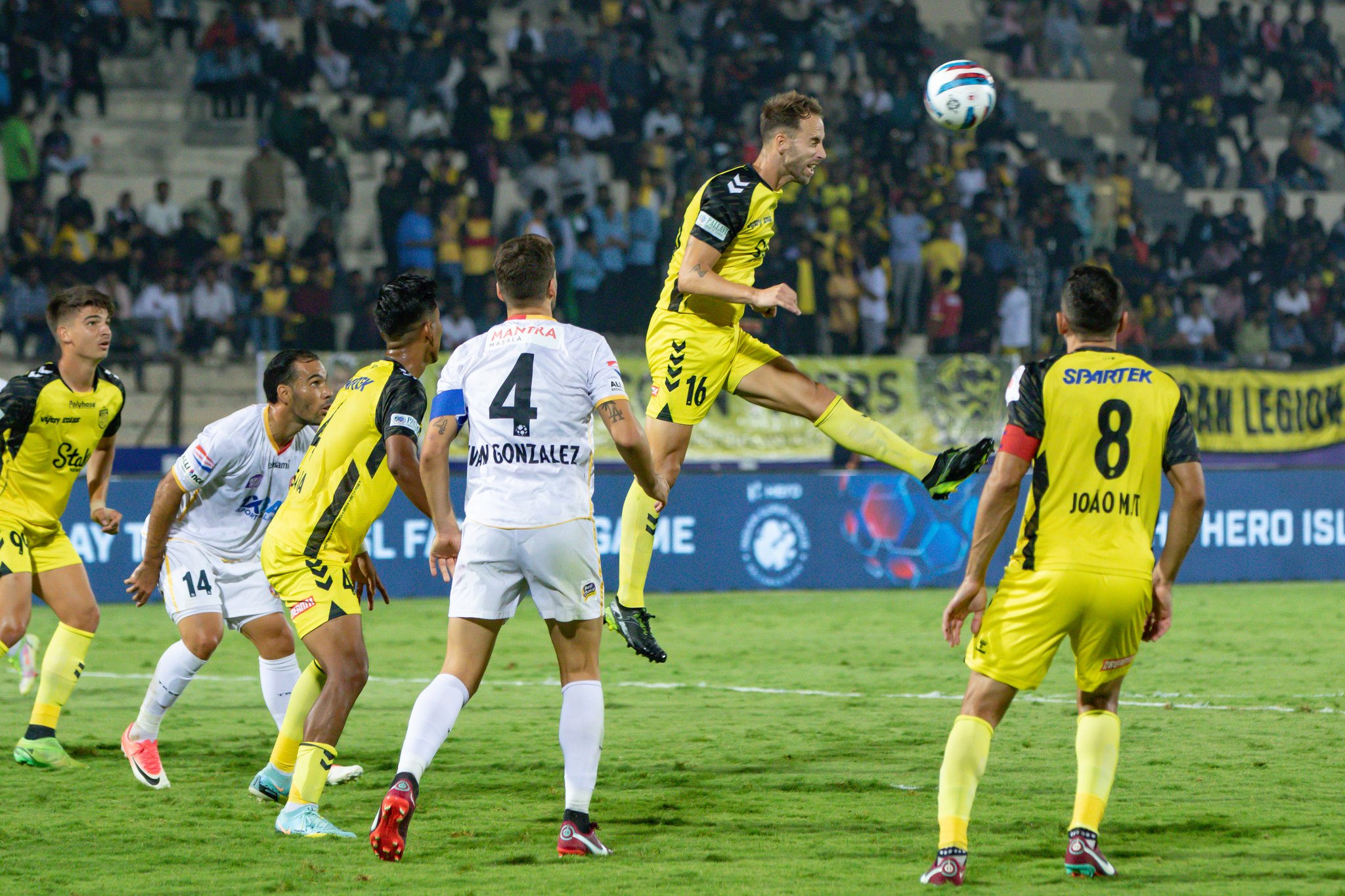