Biden has it backwards — Democrats, not Republicans, keep democracy in the cross hairs 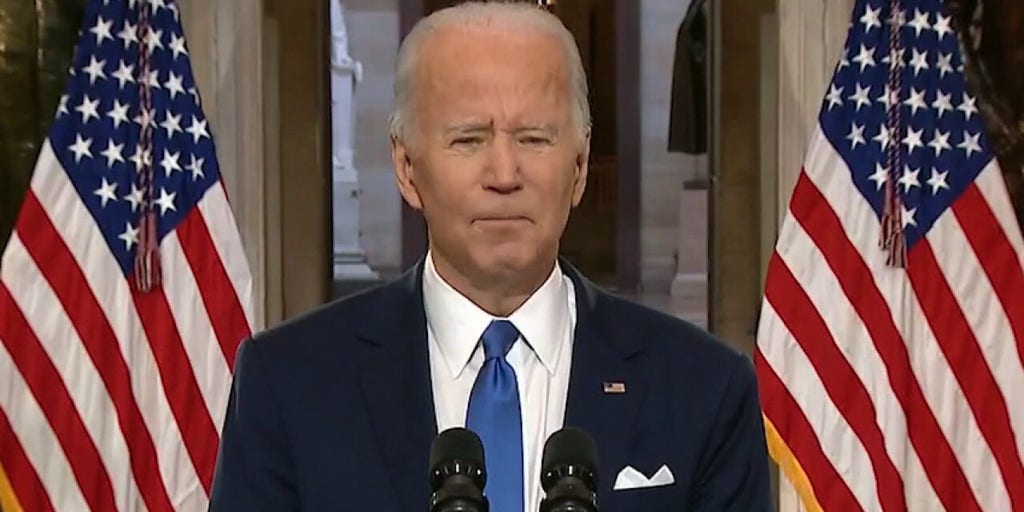 Yet again, Democrats have mastered psychological projection. Rather than brighten the darkness in their own souls, they accuse Republicans of practicing Democrats’ sins. Their latest allegation: The GOP jeopardizes democracy itself.

•”The former president and his supporters have decided the only way for them to win is to suppress your vote and subvert our elections,” President Joe Biden said Thursday at the U.S. Capitol. Marking one year since overzealous Trump backers rioted there, Biden added: “It’s wrong. It’s undemocratic. And frankly, it’s un-American.”

•Before introducing Biden, Vice President Kamala Harris alluded to President Donald J. Trump’s voters as “the forces who seek to dismantle our democracy.”

•”I’m worried that if Republicans win in the midterm elections, that voting in this country as we know it will be gone,” Congressman Eric Swalwell, D-Calif., told MSNBC on Monday. “This is not only the most important election, but if we don’t get it right, it could be the last election.”

For Biden, Harris, Swalwell, and their comrades, bellowing about Republicans killing democracy is easier and more fun than conceding that Democrats, not the GOP, have battered America’s democratic norms and institutions non-stop since at least 2016.

That year, Obama’s Justice Department and FBI spied on the opposition party’s presidential campaign. The Russiagate probe was Watergate without the break-in. The basis for Democrat espionage against Trump was the so-called “Dirty Dossier,” funded by Hillary Clinton’s campaign and the Democrat National Committee. This discredited document channeled Kremlin disinformation into Justice, via former British spy Christopher Steele.

DOJ, in turn, presented those lies to federal judges, to obtain unmerited surveillance warrants against Trump campaign operative Carter Page. Team Hillary then leaked these Russian lies to pro-Democrat news outlets (excuse the redundancy), which injected them into the public debate over Clinton and Trump.

What a sucker punch to democracy.

VP KAMALA HARRIS ADMITS A ‘LEVEL OF MALAISE’ IN US OVER COVID, GETS COMPARED TO JIMMY CARTER

Democrats then used print and TV ads to pressure Trump’s Electoral College representatives to change their votes. Some electors received death threats merely for participating in this constitutionally enshrined phase in the presidential-election process.

When this gambit failed, at least 54 congressional Democrats boycotted Trump’s inauguration — an unprecedented affront to America’s peaceful transition of power.

Democrats weaponized COVID-19 to bludgeon centuries-old voting procedures. “Temporary, emergency measures” included no-excuse absentee ballots for all, mail-in ballots blasted to all registered voters (alive or dead), diluted or discarded witness-signature requirements on such ballots, unsupervised ballot drop boxes, and more. Many of these changes were made unconstitutionally by secretaries of state, county commissioners, and judges – but not by state legislatures, as the U.S. Constitution mandates.

Some of these unilateral, lawless changes occurred well after voting had begun. Despite having no authority to do so, then-Secretary of State Kathy Boockvar, D-Pa., waited until 8:38 p.m. on election eve to direct county officials to return erroneous mail-in ballots to voters, so they could “cure” and re-submit them. Urban Democrats contacted their voters to make these corrections. Rural Republicans? Not so much.

BIDEN DIDN’T DEFEAT COVID. IT BEAT HIM. HERE’S WHAT WE MUST DO NOW

On Election Night 2020, vote counting mysteriously and inexplicably stopped in Atlanta, Philadelphia, and other Democrat strongholds. Ballots normally are counted overnight, until winners emerge. Instead, canvassing was halted.

A tabulation room at Atlanta’s State Farm Arena was cleared at 10:30 p.m. so election officials could “retire” for the evening. In fact, after journalists and GOP election watchers were sent home, surveillance cameras caught poll workers removing boxes from beneath a covered table and placing the contents — ballots — into counting machines until 1:00 a.m. Neither vote fraud nor the appearance of vote fraud bolsters democracy.

“We want all the Republican challengers out of this room!” yelled a man wearing an official-looking lanyard in a Detroit, Michigan, vote-counting facility. As GOP observers were booted, people in BLM shirts applauded.

This tabulation room’s windows then were covered with cardboard, in an attack on transparency. Georgia and Pennsylvania were among the states where Republican poll watchers were barred from counting rooms or kept too distant to scrutinize vote tallies, inspect absentee-ballot signatures, and otherwise perform their solemn duties.

And now, Biden and Senate Democrat leader Chuck Schumer of New York want to junk the filibuster – a bulwark of limited government and individual liberty – so the Senate can pass “voting rights” legislation. H.R. 1 has nothing to do with “what our country fought for at…Selma, Alabama,” as Biden suggested Thursday, namely emancipating Southern blacks from Jim Crow’s disenfranchisement.

This bill should be called the National Vote Fraud Instruction Manual. Totally usurping what Harris called “the right to have our future decided the way the Constitution prescribes it,” this legislation would violate the U.S. Constitution.

It would impose one election code from Washington, D.C., thus hobbling 50 state legislatures that, to date, have decided the “The Times, Places and Manner” of their elections, as Article One, Section Four of America’s Founding blueprint requires.

This legislation also would make permanent the temporary measures that Democrats inflicted on states, via legislation and litigation, as COVID-19 terrorized 2020: Atop those listed above, weeks of early voting, widespread third-party ballot trafficking, and mail-in ballot deliveries days and even weeks after Election Day.

H.R. 1 should cheer vote fraudsters. It would ban voter ID. Those who seek driver’s licenses and other government benefits would be registered to vote automatically. Neither the individual’s permission nor proof of US citizenship would be requested.

This bill would impede the removal of relocated and even dead people from voter rolls. There is no innocent explanation for this.

They are democracy’s natural enemies. And rather than own this despicable distinction, Democrats do what they do best: Accuse everyone else of their own evil.