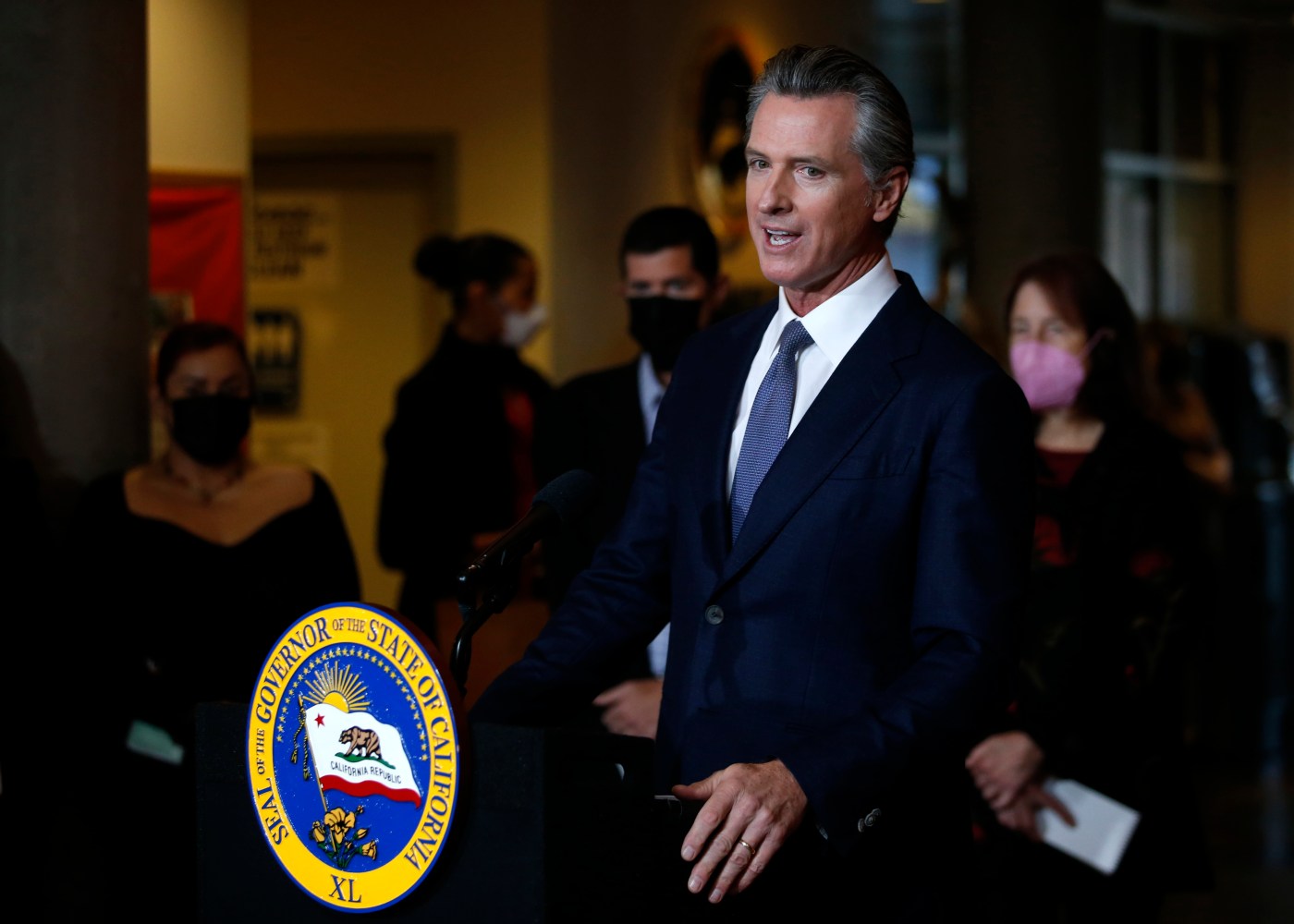 Boasting a multi-billion dollar budget surplus for the second year in a row, California Gov. Gavin Newsom on Saturday unveiled a $2.7 billion spending plan to fight the unrelenting COVID-19 pandemic in the coming year.

Newsom’s proposed $2.7 billion COVID-19 Emergency Response Package, which includes a $1.4 billion request for emergency funds, would be used to ramp up vaccine and booster administration, statewide testing and increase medical personnel, according to the governor’s office.

It marks a nearly 60% increase in the amount of COVID-19 funding in last year’s budget, in which the state allocated $1.7 billion toward pandemic response efforts.

“From day one California has taken swift and direct action to battle COVID-19 with policies that have saved tens of thousands of lives, but there’s more work to be done,” Newsom said in a statement.

On Monday, the governor is set to lay out his full budget proposal for the 2022-23 fiscal year, including how he thinks the state should spend its projected $31 billion surplus. Over the next several months, state lawmakers will negotiate the specifics ahead of a June 15 deadline to pass the budget.

The early announcement about the COVID-19 Emergency Response Package comes amid an alarming surge caused by the highly contagious omicron variant and as California’s emergency rooms, schools and businesses contend with staffing and testing shortages.

California’s closely-watched 7-day average of new daily cases is at a near-record high of 43,697, according to the latest state data. And, in highly vaccinated Santa Clara County, more than 2,000 people are testing positive on average each day, the county’s online database shows.

The bulk of the package — $1.2 billion — would focus on bolstering COVID-19 testing, including expanding hours and capacity at state-run testing sites and distributing millions of free COVID-19 antigen tests to local health departments and community agencies. That funding would be in addition to the dollars recently allocated to expand testing facility hours this fiscal year and to distribute millions of antigen tests for students of K-12 public schools, which state officials are currently in the process of completing.

Amid an uptick in outbreaks at state prisons, about $625 million would go toward increasing testing capacity and vaccinations at California Department of Corrections and Rehabilitation facilities. State corrections officials suspended in-person and family visits to inmates beginning Saturday because of increasing COVID-19 cases among inmates and staff.

Instead of waiting for the new fiscal year to roll everything out, Newsom is asking the legislature for $1.4 billion in emergency funding to immediately equip California’s health care system with supplies and staffing to battle the current surge and for them to pass new legislation for COVID-19 supplemental paid sick leave policies to better protect frontline workers.

Newsom announced Friday that he is activating the California National Guard to bolster testing capacity. More than 200 Guard members will be deployed to 50 state-run testing sites to act as interim clinical staff members, add capacity for walk-ins and fill in for staff members who may be out sick, the governor’s office said in a news release.

On Monday, the governor is set to provide more comprehensive details on his proposal to spend a projected $31 billion surplus for the 2022-23 fiscal year, which starts July 1. Over the next several months, state lawmakers will negotiate the specifics ahead of a June 15 deadline to pass the budget.

Although the state is in the midst of a record-smashing coronavirus case surge, California is also bringing in a historic stream of tax collections. In September, collections from taxes on income, sales and corporations were 40% higher than the same time last year and almost 60% higher than September 2019 — a trend fueled by retail sale growth and rebounding stock prices, according to the state’s independent Legislative Analyst’s Office.

The anticipated surplus is so substantial that it could push California past a constitutional limit on state spending, which could lead state lawmakers to provide cash rebates to taxpayers.

Read More »
PrevPreviousDuchess of Cambridge, the reliable royal, turns 40
NextCES and the future of techNext