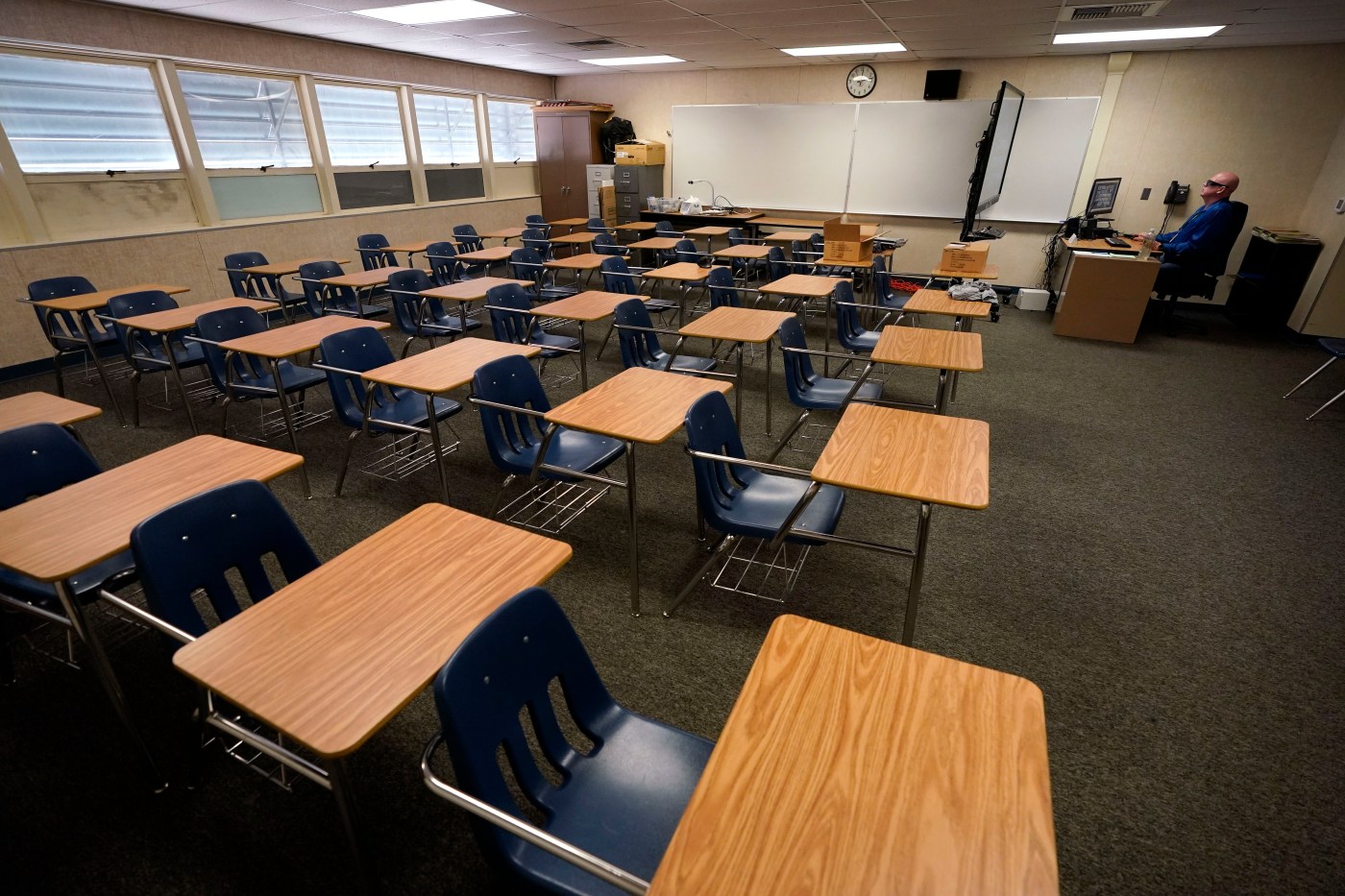 The numbers are in for California’s student performance over the last school year when the state led the country in campus closures during the COVID-19 pandemic, and the most comprehensive assessment yet of their mostly remote learning shows they failed to make the grade in English, math and science.

Statewide assessment scores released Friday show less than half of students at or above grade level in English, only a third in math and less than a third in science, a step backward from modest gains before the pandemic in what already were troubling achievement levels.

“The statewide performance data from last year confirm what we heard from school districts and county offices throughout the year,” State Superintendent of Public Instruction Tony Thurmond said in a statement Friday. “Namely, the challenges that students and educators faced during the pandemic were multi-dimensional and disruptive to learning and mental health. Our goal now is to move all students forward.”

Leaders of parent groups that organized on social media to push school boards and lawmakers to return kids to classrooms said the test scores affirmed their concerns. They already knew California ranked last among the states for time spent in the classroom in 2020-21.

“We knew once this data was finally released it would be bad,” said Megan Bacigalupi, executive director of CA Parent Power, whose kids attend Oakland schools. “Distance learning set all kids back and widened already big achievement gaps.”

The scores come amid a new wave of school closures driven by a surge of COVID-19 cases from the virus’ super-contagious omicron variant. Schools in West Contra Costa and Milpitas unified school districts were forced to close temporarily due to student and staff illnesses. Oakland Unified closed a dozen schools after hundreds of teachers demanding a return to remote learning called in sick Friday to protest safety concerns.

“It is important more than ever that our schools stay open to not make this learning loss worse,” said Jonathan Zachreson, founder of the Reopen California Schools group in Roseville who’s running for state Assembly .

The U.S. Department of Education had waived the testing requirement for the 2019-2020 school year that was interrupted in March 2020 by widespread COVID-19 outbreaks and school closures across the country. The waiver did not apply for the most recently completed 2020-21 school year, and states were told they would have to administer statewide academic assessments of English literacy, math and science.

States were allowed more flexibility in their administration, including shortened versions of the tests, online remote testing where feasible and a longer window of time to complete the assessments. Even so, state officials said that was a huge lift given most districts were in remote learning until well into last spring.

Comparing test results with pre-pandemic years is difficult, state officials said, because the circumstances were so different and participation far lower. While 95% of eligible students were tested in English and math before the pandemic, less than 25% completed the assessments in all subject areas in 2020-21.

Although the percentage of children taking the assessments was much lower, the results of the California Assessment of Student Performance and Progress, which includes the “Smarter Balanced” assessments of English language arts and math and the California Science Test, are sobering, state officials said.

The results generally were worse for children at lower grade levels and for students who are Black and Hispanic.

For Science, 60% of Asian students at all grades tested at or above grade-level achievement compared with 40% of White, 16% of Hispanic and 14% of Black students.

The California Department of Education for the first time matched the scores from the cohort of students who were assessed in 2021 with their scores in 2018–19 and previous years. Results show that the learning rate was lower for the 2021 group and that it was worse for younger students than for older ones.

To help schools make up for lost student learning during the 2020–21 year, Gov. Gavin Newsom signed Assembly Bill 86 in March providing $4.6 billion to expand educational opportunities for the summer and the following school year. State officials said 89% of school districts reported that they had offered new learning opportunities over the summer, including “high-dose tutoring,” enrichment, and mental health services.

“Our road ahead is clear — we must continue to focus our energy and resources in supporting our students, families, and educators so they not only recover from the impacts of COVID-19 but thrive in days ahead,” said State Board of Education President Linda Darling-Hammond in a statement Friday. “This must remain our top priority.”

Read More »
PrevPrevious50 Shades’ Jamie Dornan stars in Aussie drama, The Tourist
NextI’m dreading the wedding, but I have a planNext