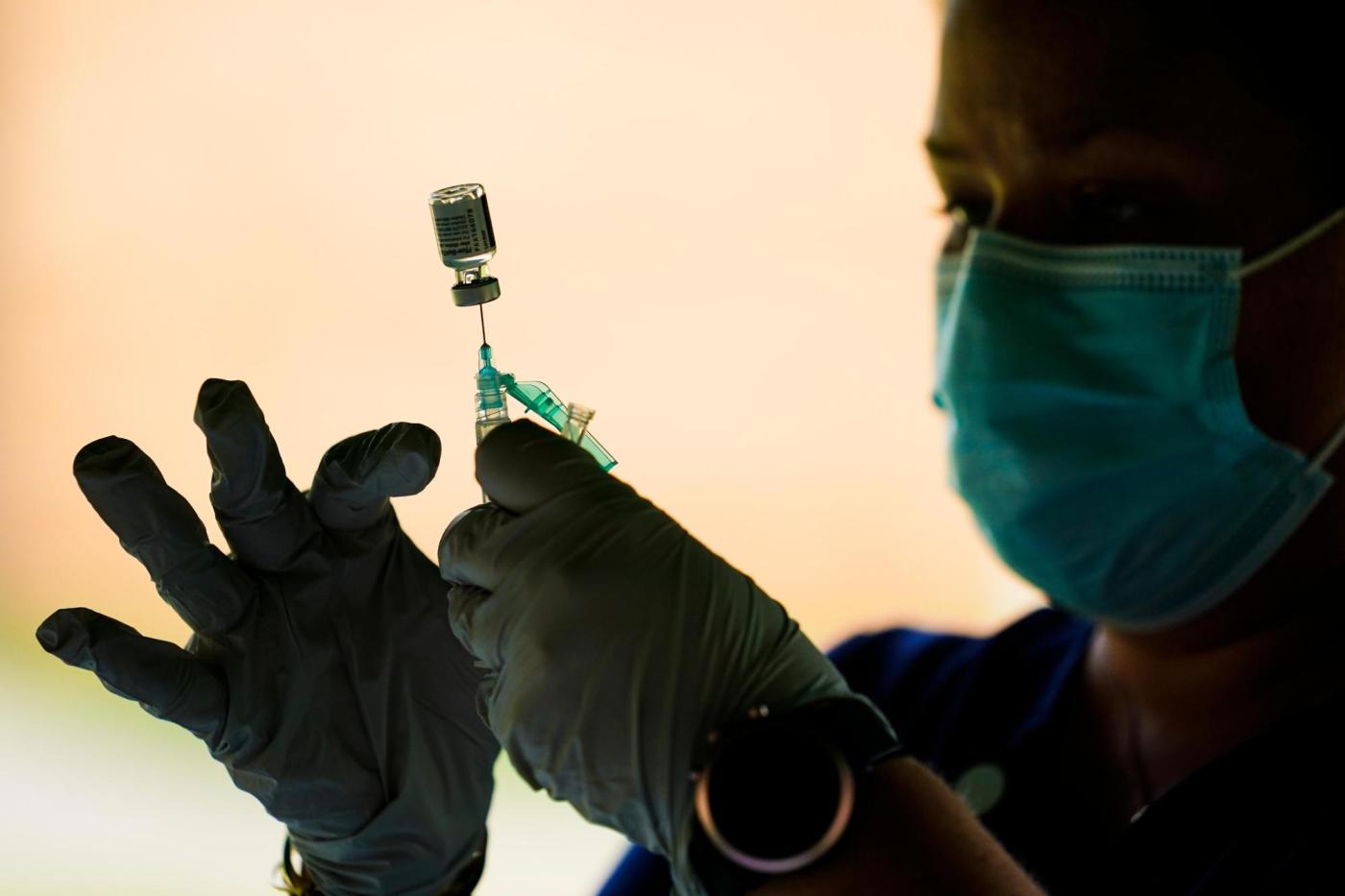 The Centers for Disease Control and Prevention on Tuesday shortened the waiting period for booster shots, recommending the extra dose for eligible people who received Pfizer’s COVID-19 vaccine at least five months earlier, a month earlier than had been called for since last fall.

The CDC’s recommended shorter interval between primary and booster shots follows similar authorization Monday by the Food and Drug Administration.

The FDA and CDC said the 5-month booster interval only applies to Pfizer’s vaccine. Those who received Moderna’s COVID-19 vaccine are eligible for boosters after six months and those who received Johnson & Johnson’s one-shot vaccine can get a second booster after two months.

The CDC also endorsed the FDA’s authorization of a third Pfizer shot 28 days after the second shot for children ages 5-11 who have weakened immune systems, and said it would be considered a part of the primary vaccination, not a booster.

But the agency was silent Tuesday on the FDA’s more far-reaching authorization Monday of a Pfizer booster shot for adolescents ages 12-15.

Ali A. Mokdad, an epidemiologist who works on the University of Washington’s closely followed computer modeling for the pandemic and a former CDC immunization program official, was disappointed the federal agency didn’t shorten the Pfizer booster time frame even more. France has shortened the interval to three months, and a German committee has recommended the same.

Acting FDA Commissioner Dr. Janet Woodcock indicated the five-month span was derived from data from Israel on more than 4.1 million people 16 years of age and older who received a booster dose at least five months after the primary Pfizer vaccination. That study found no evidence of new safety concerns.

Woodcock said Monday that change — made without input from the agency’s vaccine advisory committee — reflected a need for a quick response to rapidly worsening outbreaks driven by the fast-spreading COVID-19 omicron variant.

The FDA’s authorization of boosters for adolescents drew criticism from health experts around the country who argued the modest added protection from mild illness wasn’t worth the potential risk of rare side effects such as heart inflammation. They argued the focus should remain on primary vaccination.

Dr. Monica Gandhi, an infectious disease specialist at the University of California-San Francisco, said Tuesday that according to a Nature Medicine report published last month, the risk to young men of myocarditis, or heart inflammation, following COVID-19 vaccination was the same as from the disease itself.

“The risk of myocarditis in young males is definitely real after the second dose and with higher doses of the vaccine,” Gandhi said, adding that the CDC’s vaccine advisory committee should “weigh in on this decision before it is decided without expert panels.”