Alienware has announced the Concept Nyx at CES 2022. The new concept device will let users wirelessly push games from one screen to another in the house without having to physically switch displays. At its maximum potential, the server will also be able to handle multiple games at once. Concept Nyx will let you switch from a game running on your desktop to your living room TV at the press of a single button, similar to how Android screen casting works today.

This could have endless possibilities, especially when there are multiple gamers and multiple displays in a single house.  However, this experience will be without the display lagging behind and with virtually no latency, allowing gaming from a second or third screen in the house to be as seamless as the primary screen.

“Concept Nyx spotlights the role edge computing could play – where high-performance game processing could be done in the home and shared across the local network,” AMD explains in a press note.

“Because the processing happens locally (versus needing to travel to and from distant servers), it could offer lower latency, greater bandwidth, and more responsiveness – ultimately solving some of the performance shortfalls of current alternatives like cloud gaming.” 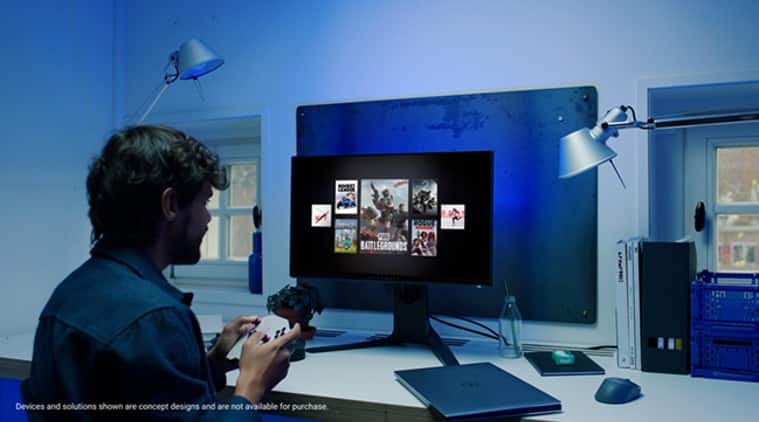 What Alienware’s Concept Nyx could look like in action.

AMD went on to add that the company is currently looking at how to power as many as four gaming titles streaming at the same time in the same network, across devices. The tech will also draw games from a central library of all games that will bring together your titles from all stores and platforms.

If the Concept Nyx is made available to consumers for purchase in the future, challenges will arise in the power and pricing aspect, as something that will be able to run four games across multiple screens will need to be packed with equally powerful hardware. And such a product will come at a high price.