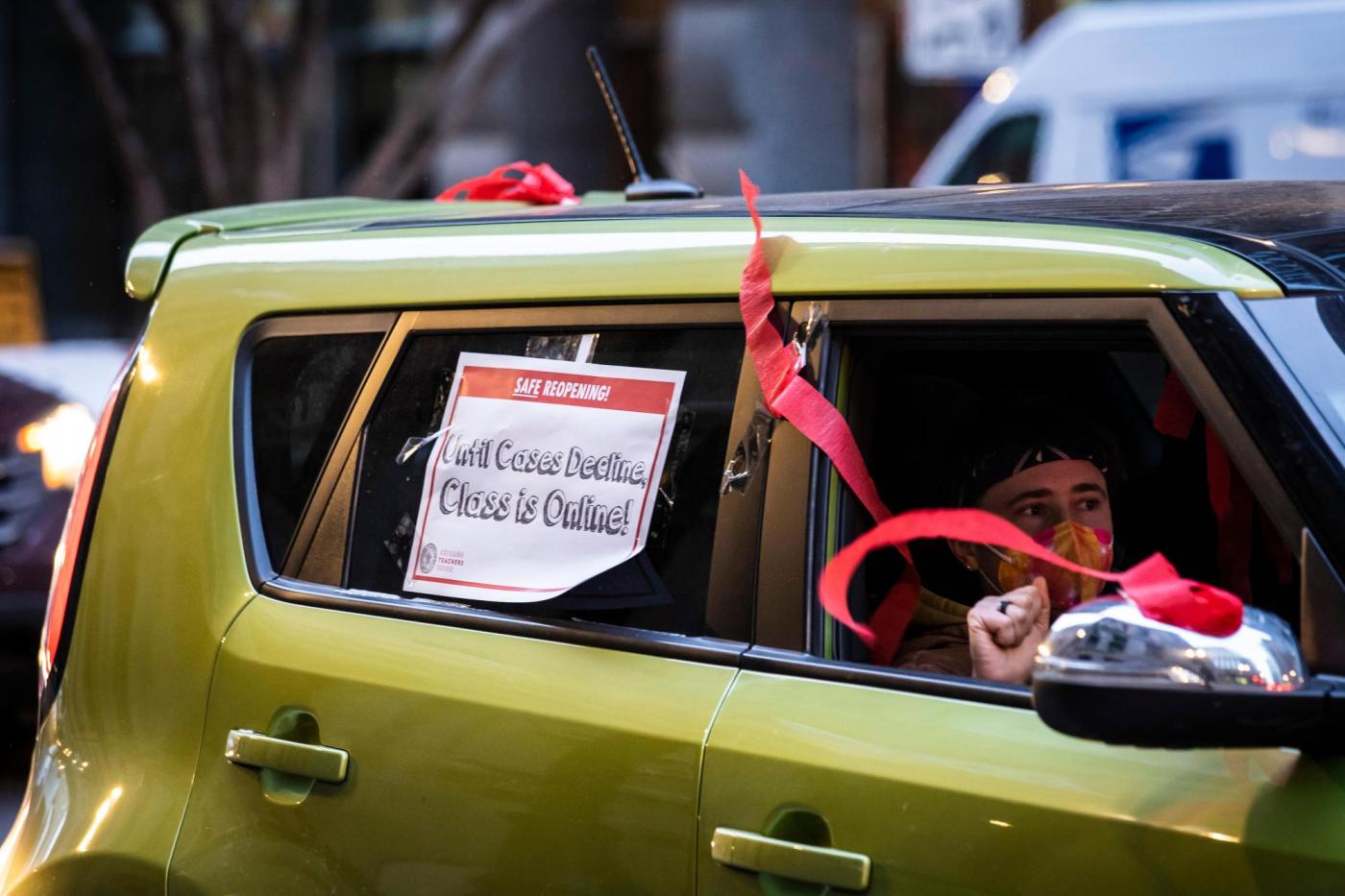 CHICAGO (AP) — Chicago school leaders canceled class for a fourth day in the nation’s third-largest district as negotiations with the teachers’ union over remote learning and safety protocols failed to produce an agreement over the weekend.

The announcement came as the principals of some schools had already notified families that their schools would be closed for instruction Monday.

“Although we have been negotiating hard throughout the day, there has not been sufficient progress for us to predict a return to class tomorrow,” district officials said in an email to families Sunday night. “We will continue to negotiate through the night and will provide an update if we have made substantial progress.”

Disputed issues included testing and metrics to close schools. The Chicago Teachers Union wants the option to revert to districtwide remote instruction, and most members have refused to teach in-person until there’s an agreement, or the latest COVID-19 spike subsides. But Chicago leaders reject districtwide remote learning, saying it’s detrimental and schools are safe. Instead, Chicago opted to cancel classes as a whole two days after students returned from winter break.

Chicago Public Schools face the same pandemic issues as other districts nationwide, with more reverting to remote learning as infections soar and staff members are sidelined. But the situation in union-friendly Chicago has been amplified in a labor dispute that’s familiar to families in the mostly low-income Black and Latino district who have seen disruptions during a similar safety protocol fight last year, a 2019 strike and a one-day work stoppage in 2016.

“What the teachers’ union did was an illegal walkout. They abandoned their posts and they abandoned kids and their families,” Mayor Lori Lightfoot said Sunday on NBC’s “Meet The Press.” “We are working diligently every singe day at the bargaining table to narrow the differences and get a deal done.”

Her statements weren’t as dismissive as a day earlier when shortly after the union made its latest offer public, she said, “CTU leadership, you’re not listening” and vowed not to “relent.” The offer she rejected included remote learning starting Wednesday. Both sides have filed complaints to a state labor board.

Union leaders accused Lightfoot of bullying, saying they agree that in-person instruction is better, but the pandemic is forcing difficult decisions. Attendance was down ahead of the cancelations due students and teachers in isolation from possible exposure to the virus and families opting to keep children home voluntarily.

“Educators are not the enemy Mayor Lightfoot wants them to be,” the union said in a statement Sunday, adding that the desire to be in the classroom “must be balanced by ensuring those classrooms are safe, healthy and well-resourced, with the proper mitigation necessary to reduce the spread of COVID-19.”

There was some progress.

The district said late Saturday it will allow more incentives for substitute teachers, provide KN95 masks for all teachers and students, and that Illinois will provide about 350,000 antigen tests. But both sides remained far apart on key issues including COVID-19 metrics that will lead to individual school closures and compensation. The district said it won’t pay teachers failing to report to schools, even if they tried to log into remote teaching systems. The union doesn’t want any of its roughly 25,000 members to be disciplined or lose pay.

District leaders have said some schools, where enough staff showed up, may offer instruction Monday even without an agreement; all buildings have remained open for meal pickup. However, only a handful of principals said they had staff to open and many preemptively canceled Monday classes, anticipating shortages.

School leaders have touted a $100 million safety plan, which includes air purifiers in each classroom. Also, roughly 91% of staff are vaccinated and masks are required indoors.

Since the start of the academic year, some individual classrooms have temporarily switched to remote instruction when there are infections. But in rejecting a widescale return to remote learning, city health officials argue most students directed to quarantine because of possible classroom exposure don’t get COVID-19. The district is piloting a “test to stay” program to cut isolation times.

The union argues that the measures fall short, especially considering the omicron-fueled surge that has upended the return to work and class. It has also criticized the district for not enrolling enough students in a testing program and an unreliable database of COVID-19 infections.

Seven district families, represented by the conservative Liberty Justice Center in Chicago, filed a lawsuit in Cook County over the closures last week, while roughly 5,000 others have signed a petition urging a return to in-person instruction.