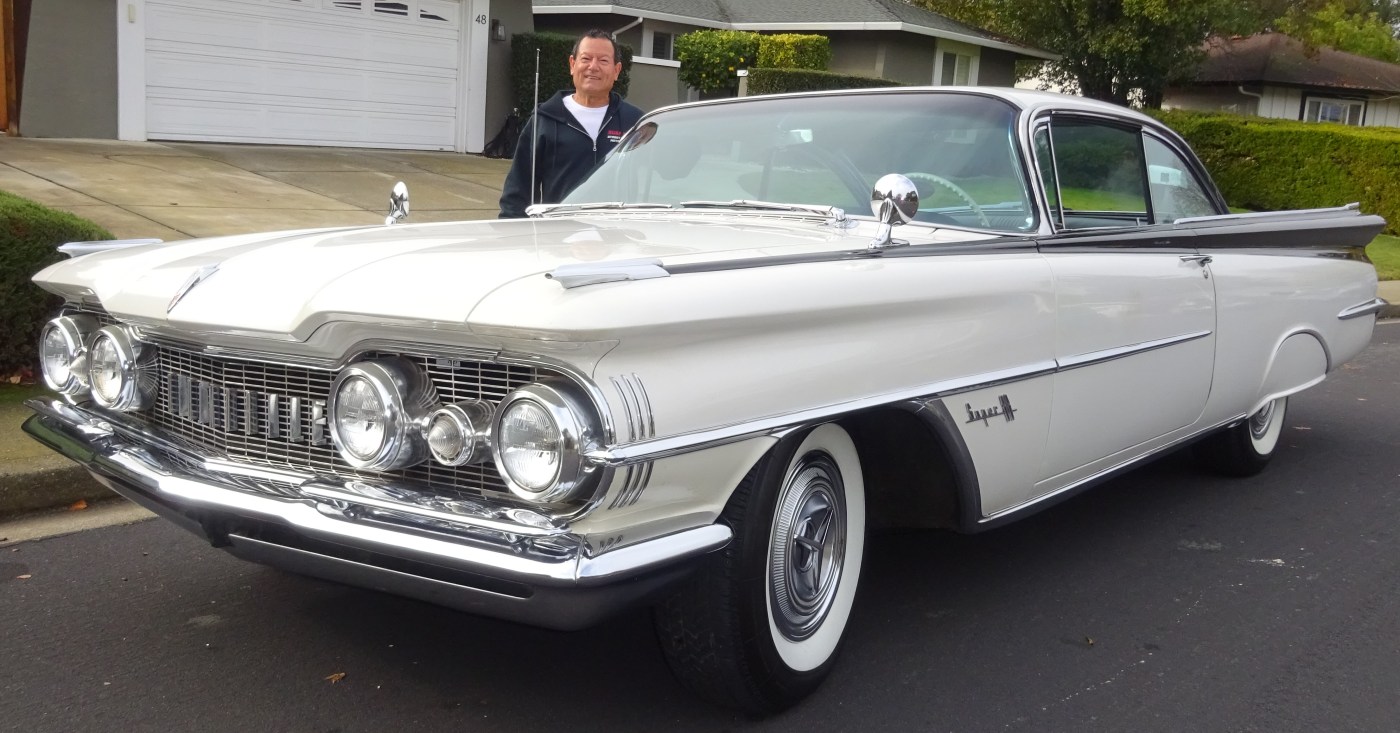 One of General Motors’ most successful marketing plans was “planned obsolescence,” in which the company would produce new-style vehicles fairly frequently and make them more desirable.

The result is people would trade their current models in for the newest, latest and greatest long before they were worn out. It was Alfred Sloan who created that plan and served as GM’s president or board chair for about 34 years. Other automotive companies followed the annual model change plan and other industries, I believe, are also involved in planned obsolescence (how many cell phones have you had?).

The mid- to late 1950s was a busy time at Oldsmobile. New styles were being introduced three years in a row. It’s reported that one of GM’s designers got a peek at the Chrysler line for 1957, which made the previous model looked outdated. It was generally agreed that GM styling fell behind in 1958 but not for long.

For 1959, planned obsolescence was again at work at Oldsmobile and GM. The newer 1959 model Olds sold 28% more than the 1958 models. The 1959 Oldsmobile was a complete redesign from the previous year, which was sometimes referred to the “ChromeMobile” because it was so loaded with chrome. The term used for the 1959 Oldsmobile was the “Linear Look.”

Other makes and models featured bigger and sharper taillight fins, with Cadillac being the champion in that category, while Oldsmobile flattened the hood, deck and rear fenders and eliminated much of the chrome from the previous year. It offered several roof lines, and the Holiday Sport Coupe was a pillarless two-door hardtop with wraparound glass in the front and rear.

One feature that may have tempted consumers to upgrade to the 1959 model was the “Safety Spectrum Speedometer”, a new bar-graph speedometer that not only had the conventional arrow indicating speed but a graph under that gauge showing a green bar at speeds less than 35 mph, an orange bar up to 65 mph and then red for any higher speed. Oldsmobile had been a leader with its high-performance Rocket overhead-valve high-compression V8 engine introduced in 1949. Some, though not all, consider the Olds 88 to be the first muscle car.

This issue’s car, a 1959 Oldsmobile Super 88 Holiday Coupe, is a big and heavy car that’s completely original in its interior, exterior and mechicanally. This is not some nicely restored car, but it’s a car built by General Motors 62 years ago and looks (almost) like it just came off the assembly line. It sits on a 123-inch wheelbase, is 18.2 feet long and weighs 4,280 pounds.

Its retail base price was $3,175 or about $30,325 in today’s dollars. Color choices aplenty were offered, including 25 body colors, not including two tone combinations. This car is Glacier White and Carlsbad Black. This Olds has been in Paul Sotelo’s family for about 10 years, and he has owned it for about two years. As of the day I interviewed Sotelo, the car had 70,850 original miles on it.

“The first owner kept the car until 2009, when it was sold it to a museum in Pennsylvania,” Sotelo said. “My wife’s uncle had one of these when he was in high school, saw it and hounded the curator of the museum to sell it to him.”

Sotelo does not know what price was paid, but upon the uncle’s passing, he acquired the car.

“I had never even seen an Oldsmobile Super 88 before,” the Danville resident said, “But I fell in love with this car the first time I saw it.”

Olds had a base 88 and a Super 88 with fender skirts and other features. “Wow” features include a “high-beam detector” mounted on the dash to automatically dim the headlights when another vehicle is approaching. It also has power windows, power brakes and a three-way power front bench seat. The most unique feature, though, is the car’s portable AM radio mounted inside the glove box that can be pulled out so the owner can enjoy a ball game at the picnic table or music at the beach. The radio has a separate lock so it can’t be stolen and it plugs in to the car’s electrical system to keep the batteries charged.

Surprisingly, it’s almost a daily driver. The owner estimates the current value between $60,000 and $70,000, but there will be no for-sale sign on it anytime soon.

Have an interesting vehicle? Contact David Krumboltz at MOBopoly@yahoo.com. To view more photos of this and other issues’ vehicles or to read more of Dave’s columns, visit mercurynews.com/author/david-krumboltz.