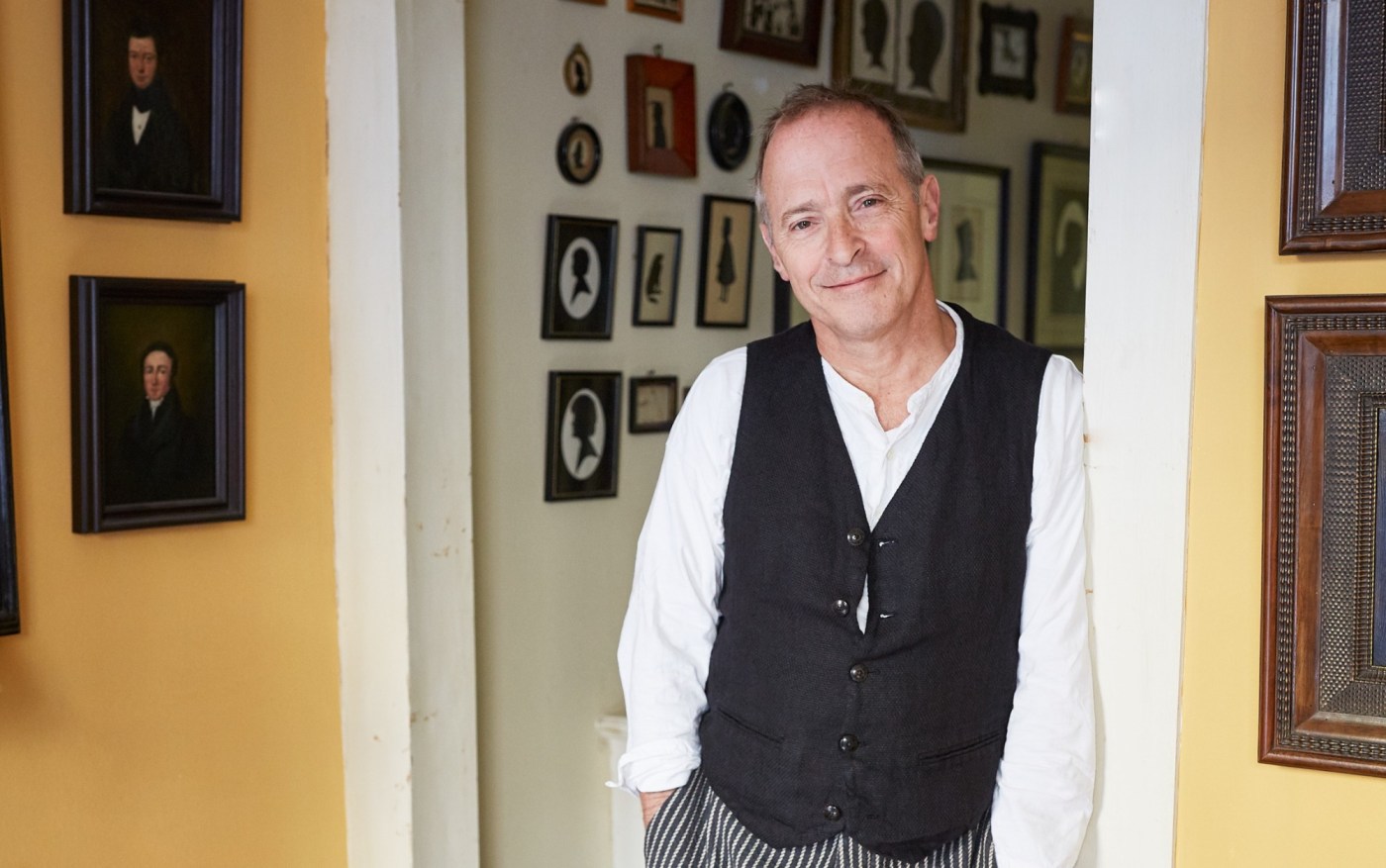 David Sedaris sounds strangely suspicious when he answers the phone, not at all like the droll author who fills theaters with his speaking tours.

But there is a reason and as Sedaris explains it, you can almost imagine him working over the details of this simple anecdote to see if it might develop into book material in time. He’d been seated next to someone on a flight who had been, as Sedaris draws out the word in his distinctive voice, “druuunk.”

“Oh my God, you know what it’s like being stuck with a drunk person like that,” Sedaris says from the car taking him to his hotel in Austin recently. “Nine o’clock in the morning, he’s drinking double vodkas.”

So why was Sedaris suspicious exactly?

“He lost his phone, so I said OK, I would dial his phone,” Sedaris continues. “So I was afraid, ‘Oh no, now he has my number, he’s calling me, he’s sobered up.’ And it was you.”

Sedaris, who typically spends several months every year on the road, got grounded by the pandemic like everyone else in 2020 and a good part of 2021.

Now he’s back on the road on a tour that brings him to (in order of appearance) Irvine, Northridge, Pasadena and Palm Springs this month. And Sedaris couldn’t be happier to put his lockdown days behind him.

“It was awful,” he says of the way his routines were disrupted. “I mean, I didn’t get paid to sit at home, so that was it, too. But even if I had, it still would have been awful.

“I just missed being on stage,” Sedaris says. “I couldn’t stand it, not doing that.”

From his first night back on stage, Sedaris says he felt perfectly at home. There were a few changes, of course. He signs books for fans while separated from them by a sheet of plexiglass. And most nights anywhere from 10% to 20% of ticketholders don’t show up, still not quite ready to go out again.

“I was right back there; it took no time at all,” he says.

In July, he went to a concert by jazz singer Kurt Elling at the 92nd Street Y in New York City, one of the first live events the venue held as the pandemic eased.

“The performers were exuberant and the audience was exuberant,” Sedaris says. “And I wrote down what the performer said: ‘Words can’t express how happy I am to be back, and how grateful I am to all of you.’

“And, you know, there’s probably a more eloquent way to say it, but I felt like crying when he said that. I think everybody did. Like, we were back together, and it felt great.

Pandemic and the past

Sedaris likes to read newer material for his live shows, and the pandemic threw him a curve there, too. His most recent essays all circled around that world-changing event, and while the editor for his next book suggested he combine many of his pandemic pieces into one, that still left him unsure what to read on tour.

“I mean, the sirens were non-stop,” Sedaris says of New York City. “There were refrigerated trucks outside the hospital in my neighborhood. There was a tent city in Central Park. New York was grim.”

Making it even worse, he adds in his typically sardonic style, was an activity most people seemed to find inspiring.

“I think it’s sort of like a concert when they say, ‘Sing along’ or ‘Clap along.’ I didn’t like it. And it was hard for me to imagine a doctor or nurse, you know, tearing up after the 40th day of hearing just a racket.”

Of course, Sedaris has long found humor in the gaps between his personal life and the world around him. His new book, “A Carnival of Snackery,” is the second volume of selections from his diaries, which required him to relive moments in his life between 2003 and 2020.

The writing was good, but its juxtaposition with world events made him cringe.

“I’m just embarrassed mainly by, you know, horrible things are going on in the world and I’m talking about a shirt I didn’t get.

“There was an $800 shirt and I really wanted it, and they didn’t have it in my size. And why can’t they order one? I don’t understand?

“Meanwhile, somebody’s going on trial for making naked men arrange themselves into a pyramid, right?” he says. “And I didn’t get my (bleep) shirt.”

Sedaris grew up in North Carolina and still keeps a home there and one in England, as well as one in New York City where he has lived much of his adult life. It’s fair to say his personal compass points all lie to the east of California.

And, he admits, as much as he likes the time he has spent here, no matter how much his longtime partner Hugh would love to live in Southern California, he just can’t.

“When I was 20, I tried to live in San Francisco,” the 64-year-old Sedaris says. “It felt to me like you had to be born on the West Coast, you couldn’t just move there. I didn’t understand it.

“Western people, and it’s different in California, but if you’re not as far west as California they seem to really, really concerned with their rights in a way people on the East Coast aren’t,” he says. “And they’re weird rights. Like it’s my right to bring a semi-automatic rifle to a pet shop. Like to the Westminster Dog Show.

San Francisco, for all his difficulties understanding it, was still more familiar to him than Southern California.

“I don’t understand the priorities there,” he says. “Like if you told me to put 10 things in order, I would get the order wrong.”

Not that he doesn’t sometimes miss the point of places closer to home, too.

“You either understand the rules or you don’t. And I don’t.”

Information: Showtimes and ticket information for David Sedaris’s tour dates can be found at Davidsedarisbooks.com

Read More »
PrevPreviousI am literally sick of being blamed for our breakup
NextYes, you can have COVID-19 but test negativeNext