NEW DELHI: It was no less than a starry event in Mumbai on Thursday night as several celebrities including likes of Shah Rukh Khan and Gauri Khan’s son Aryan Khan, Sonakshi Sinha, Mouni Roy with husband Suraj Nambiar, Shahid Kapoor’s wife Mira Rajput and others, were pictured at a party. The celebs arrived in their fashionable best, dressed in mostly black and white at the birthday party. B-Town bombshell Disha Patani also mad to the birthday party along with her rumoured boyfriend Aleksandar Alex Ilic. The ‘Baaghi’ actress looked ravishing in a bold cut-out black bodycon dress which she teamted with a flurry stole. The actress turned up the mercury at the event with her sizzling look.


Her rumoured boyfriend and Serbian model Aleksander opted for a black shirt and matching pants. Take a look at their video arriving for Mohit Rai’si birthday bash here:

Sonakshi Sinha was seen arriving at the birthday party along with her rumoured boyfriend Zaheer Iqbal were also pictured at the event.

Speaking of Disha Patani, she has so far remained tight-lipped about her latest relationship rumours. However, their regular outings and dinner date have got the rumours mills working overtime. 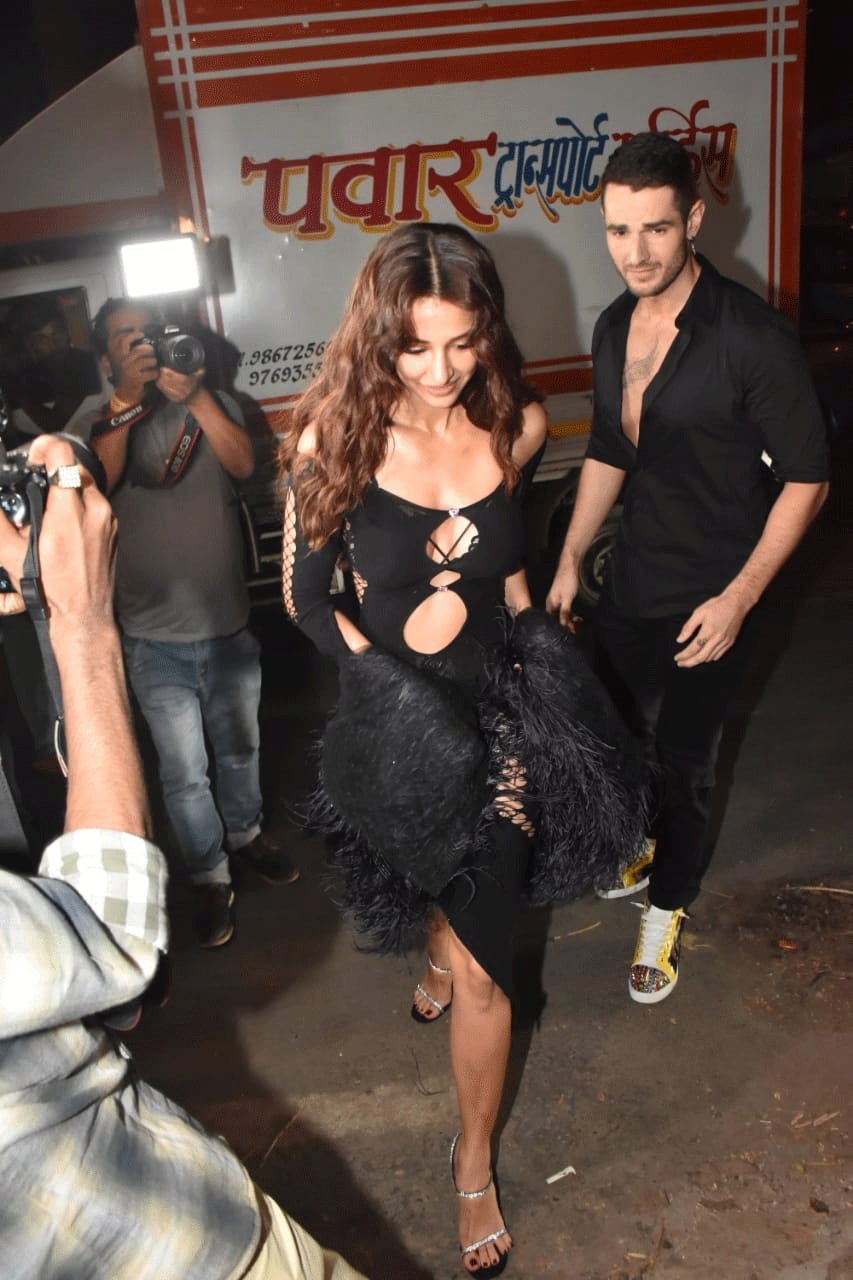 Disha was previously rumoured to be dating her Baaghi 2 co-star Tiger Shroff. The two were rumoured to be dating for a few years. However, as per latest media reports, they are no longer together. Disha, however, continue to share great rapport with his sister Krishna Shroff and his mom Ayesha Shroff.

Meanwhile, on the work front, she has films like ‘Yodha’ and ‘Project K’ in her kitty. She was last seen in Mohit Suri’s murder-thriller ‘Ek Villain 2’, also starring Arjun Kapoor, John Abraham and Tara Sutaria.


Talking about Mohit Rai, he is regarded as the new age celebrity in the country, who has worked with several A-listers such as Kareena Kapoor Khan, Huma Qureshi, Disha Patani, Varun Dhawan, Bhumi Pednekar, Sidharth Malhotra, Shilpa Shetty among others. The star stylist turned a year older on December 22 and hosted a star-studded black-themed birthday party.