Doctors often prescribe placebos. But how well do they work?

Having worked for decades as a physical therapist and a clinical researcher, Dr. Chris Maher knows firsthand how difficult it can be to treat back pain. The condition’s causes are often complex or uncertain, and treatments can be ineffective, even harmful.

So when he learned that a group of researchers, including scientists at Harvard, were claiming that back pain could be relieved by prescribing placebos — pills with no active ingredient — he was concerned that the claims were exaggerated. “It all just seemed like snake oil to me,” he said.

To Maher, a professor at the University of Sydney’s School of Public Health, this is just one example of a troubling trend in modern medicine. In recent years, an increasing number of researchers have made the case that placebos are effective not just in pharmaceutical trials — their most common use — but also in clinical treatments, prescribed to alleviate conditions like chronic pain, chronic fatigue, asthma and depression.

When new drugs undergo clinical testing, some participants with a health condition are given the real remedy while others are given an inactive control — a placebo. Strangely, some of those given the placebo still report feeling better for various reasons. These are called placebo effects.

Researchers have long been captivated by the phenomenon’s seeming potential in treating a range of ailments. In studies, they argue that placebos have notable, if poorly understood, healing effects even when patients are fully aware that they are taking inert pills. In surveys, doctors report wide use of placebos, especially for patients with complex conditions that have no clear treatment.

But in a recent paper in the Medical Journal of Australia, Maher argues that the medical community has become enthralled with the idea of “enshrining placebos as mysterious and highly effective,” even with little evidence of their efficacy in clinical care.

Much of the research, Maher said, has significant flaws that inflate placebos’ strength and reliability as therapeutics. These errors, he said, risk further entrenching the clinical use of placebos when proven treatments remain available, and encouraging entrepreneurs who are trying to cash in on online sales of placebo pills.

“The idea that we can use placebos as a panacea for a range of health conditions is really problematic,” he said. “It is bad for science and bad for patients.”

Perhaps the best-known effort to measure the power of placebos as a clinical treatment was undertaken by Henry Beecher, a pioneering American anesthesiologist. In the 1950s, he conducted a series of 15 trials, finding that 35% of 1,082 patients with a variety of conditions experienced pain relief from placebos. 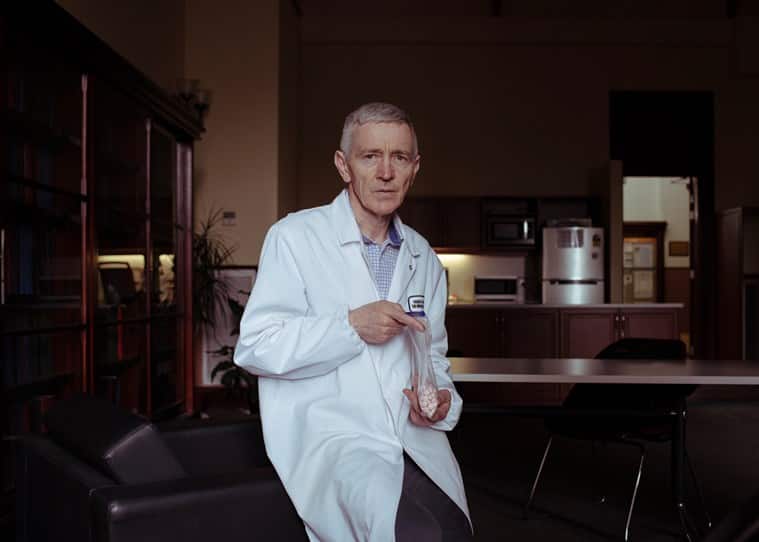 Chris Maher, a professor at the University of Sydney’s School of Public Health, in Sydney. Maher argues that the medical community has enshrined placebos as “mysterious and highly effective” in clinical care on the basis of flawed research. (Isabella Moore/The New York Times)

In the decades after Beecher’s trials, researchers investigated what caused this effect. Some proposed that it was predominantly psychological — an instance of mind over matter — while others found possible biological origins. Scientists discovered that naloxone, a drug developed for patients who overdose on opiates, partly prevented placebo effects, suggesting that the pain relief experienced after taking a placebo might be produced, in part, by activating opioid receptors in the central nervous system.

By the time Maher was completing his training in physical therapy in the 1980s, Beecher’s trials were already ingrained in medical folklore, even leaking into popular culture.

Maher recalls a M*A*S*H episode in which the medics fill capsules with sugar scraped from doughnuts to give to wounded soldiers after the morphine supply had run out. “Like everyone, I just accepted that it could actually work,” he said.

His view changed after 2001, when two Danish researchers, Asbjorn Hrobjartsson and Peter C. Gotzsche, published a paper in the New England Journal of Medicine arguing that medical studies had exaggerated placebo effects. They identified what they said was a flaw in the studies’ designs: Many failed to compare patients who had received placebos against a control group of patients who had not.

In such studies, the Danish researchers argued, it was impossible to know whether it was the placebo that was working or something else entirely, like natural healing. When they reviewed studies that did compare placebo groups to no-treatment groups, they found that the placebo effect more or less disappeared.

The paper kicked off a debate about study design in placebo research. Maher, who was by then working in clinical research at the University of Sydney, was initially convinced that the Danish researchers had made a mistake. But when he and one of his students replicated their study, they essentially got the same result.

Still, in the years that followed, Maher continued to see research describing the therapeutic benefits of placebos for a range of conditions: nausea, hypertension, rheumatoid arthritis, even Parkinson’s tremors.

Much of the more extraordinary research has come out of the Program in Placebo Studies and Therapeutic Encounter at Harvard Medical School, an institute established in 2011. The program’s director, Ted Kaptchuk, has published studies and written editorials about the therapeutic potential of open-label placebos — those that are honestly described to patients as inert. 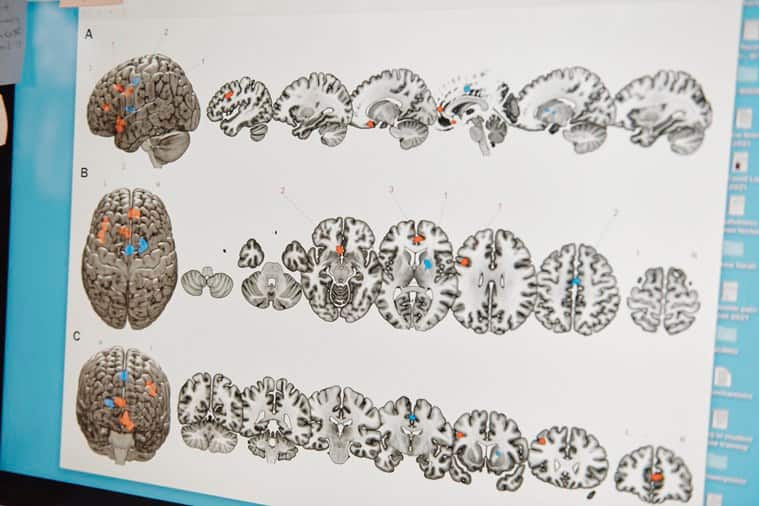 For Maher, this raised a red flag. When placebos work at all, he said, it is through deception, creating an expectation of benefit in the patient’s mind. As he trawled through the research, Maher found that open-label placebos’ reported benefits were often artifacts of the same methodological error highlighted by the Danish researchers in 2001.

In one trial, a team of researchers, including Kaptchuk, reported that a three-week course of open-label placebo pills offered relief from back pain over the next five years. But, Maher notes in his editorial in the Medical Journal of Australia, the study’s authors followed up only with participants who received the placebo, and did not maintain a control group who received nothing — a weakness acknowledged in the study.

In the elapsed time, Maher argues, the condition might have improved on its own, or changed for a variety of reasons. “In science you can’t throw away half the data to suit your purpose,” he said. “It’s beyond mischievous.”

Placebo studies that include a proper control group have become more common in the years since the Danish study, but Maher argues that the problem of poorly designed studies in placebo research is still widespread.

Kaptchuk said he agreed with Maher that placebos should never replace more effective treatments. “A placebo will never shrink a tumor or cure malaria,” he said. “But that doesn’t mean they can’t be effective for many symptoms.”

In his research on open-label placebos, he has found that they are most effective in providing some symptom relief in conditions that sometimes have no clear physiological cause, like chronic pain, chronic fatigue and irritable bowel syndrome.

Often, those suffering from these ailments run through an assortment of pharmaceuticals before joining Kaptchuk’s trials. “The people we see have been failed by regular treatment and are desperate,” he said. “What placebos appear to do is turn down the volume of some of their symptoms.”

Dr. Danielle Ofri, a primary care doctor at Bellevue Hospital in New York, said she sometimes recommended a multivitamin — along with any required medication and other lifestyle changes — to patients with complex cases. There is no evidence that such vitamin pills work, in a straightforward physiological sense. But Ofri said that many patients who took the pills from a caring and attentive doctor reported feeling healthier and more energetic. 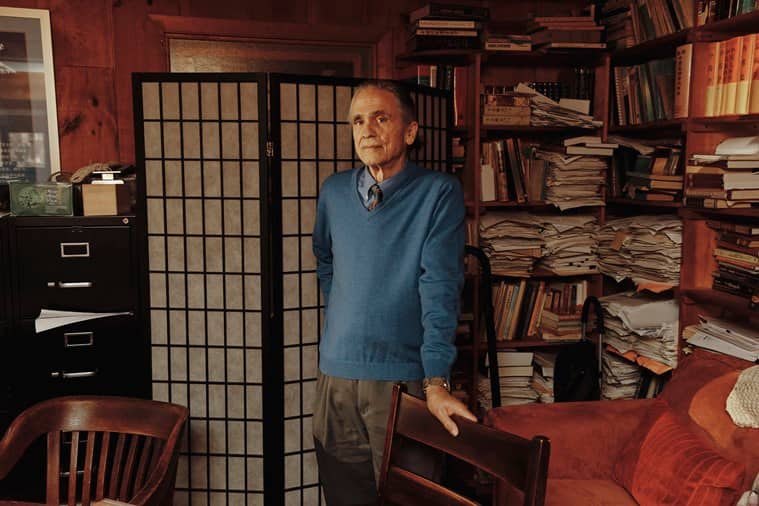 “As long as I’m not being duplicitous or prescribing it instead of proper medication, I think it’s OK to fortify the optimism of the patient by giving them something to feel better,” she said.

Kaptchuk and his colleagues are beginning to use brain imaging to understand placebo effects better, as many scientists interested in placebos have done previously. It appears, Kaptchuk said, that the effects may be associated with the release of neurotransmitters, like endorphins and dopamine.

But he concedes that they are only starting to comprehend the biology, and that many of his open-label studies are yet to be replicated. “People are right to be skeptical because there’s a lot we still don’t understand,” he said.

Kaptchuk, who studied Chinese medicine before turning his attention to placebos, said he was hopeful that they may, in time, offer some relief to the increasing number of people suffering from chronic conditions — and may even help broaden approaches to Western medicine. He argues that the answer to placebos’ mystery most likely lies in the compassionate encounter between doctor and patient — the “medical ritual.”

“There are few dramas as compelling and moving as when you go to the doctor,” he said.

Maher, however, believes that conceiving of the medical exchange in such terms is a regression to a culture in which doctors rely on their authority, rather than science, to treat the patient.

“They’re acting as if the placebo is this magic potion,” he said. “It is a return to medicine’s dark age.”