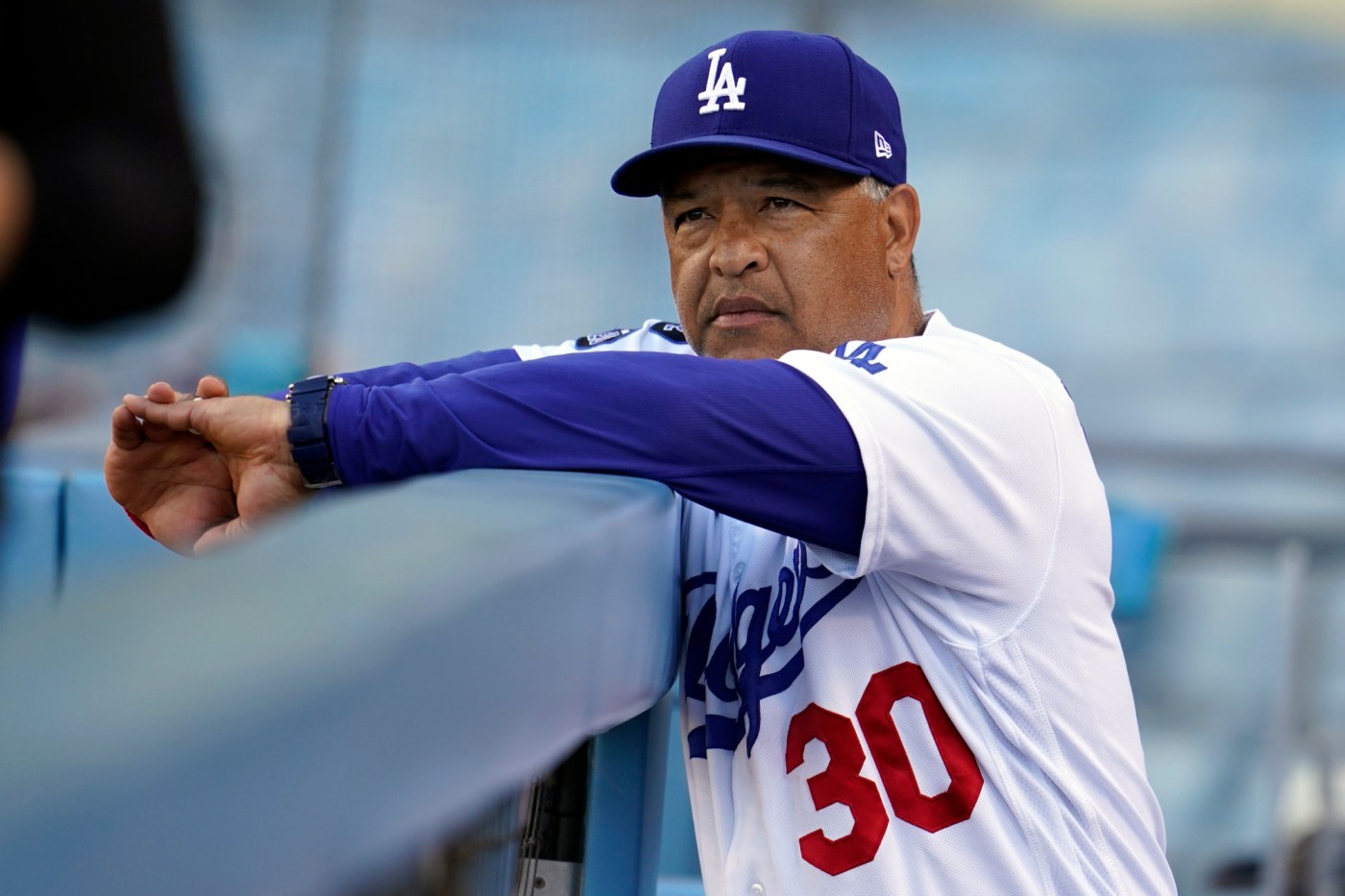 ATLANTA — Major League Baseball might be ready to crack down on pitchers who use foreign substances to enhance their grip — and spin rates. But Dodgers manager Dave Roberts doesn’t think pitchers are cheating until the rule is enforced.

“I don’t,” he said Sunday amid reports that umpires have been told to more stridently enforce the rules against using the substances. “I think that cheating is more when the rules are imposed or in place, and you break them.

“But I think that we’re getting to that point. And I think that, as I do understand it, players that do get caught using a foreign substance that’s not allowed by Major League Baseball will be deemed cheaters. But up to this point, I think that the line is kind of blurred, and that’s just kind of players going to use whatever measures they can when things are blurred.”

Players are human, Roberts said, and are going to push the limits in search of an advantage.

“So, I do appreciate that Major League Baseball is trying to impose some rules and consequences or penalties. I am concerned, it being in place in place during the middle of the season … because I just don’t want pitchers getting hurt, potentially. So, we’ll see. But again, once things are in place, imposed, we will adhere.”

Roberts said there has been “chatter” around the topic because of the increased focus on the issue but he has not addressed the team — or the pitching staff, in particular — about it. And, he hasn’t tried to find out which of his pitchers might be offenders.

“No one really knows how it’s going to shake out,” he said.

Muncy was out of the lineup for the second consecutive game Sunday but Roberts said he might be available to pinch-hit if needed. X-rays Saturday were negative but Roberts said he was “hopeful but not necessarily confident” that Muncy will be back in the lineup on Tuesday in Pittsburgh after the team’s off day Monday.

Barnes, meanwhile, was “sore as expected” and his ankle was swollen on Sunday after he hit the first-base bag awkwardly on a play in Saturday’s game.

“He gutted it out for us last night,” Roberts said. “He’ll be available to catch in an emergency and hopefully do the same thing on Tuesday. Then we’ll see where he’s at on Wednesday.”

Going into Sunday’s game, Mookie Betts’ slugging percentage (.442) would be the lowest of his career if it continues and he hadn’t hit a home run since leading off the May 18 game against the Arizona Diamondbacks with one (a stretch of 61 plate appearances).

Betts has dealt with back and shoulder problems — and been hit by pitches seven times (one short of matching his career-high for a full season) — but Roberts said his swings have improved recently and he expects Betts to start driving the ball better.

“He’ll homer within the next few days,” Roberts said before Sunday’s game. “Yeah, there’ll be some homers coming soon.”

The Dodgers are off Monday.