Rap artist Eminem is the latest to jump into the non fungible token (NFT) bandwagon with his first Bored Ape Yacht Club (BAYC) purchase that cost 123.45 Ether worth $452,000 (Rs 3.36 crore). For those who don’t know, BAYC NFTs are a popular collection of 10,000 unique bored apes created by Yuga Labs. This collection has seen over half a billion dollars in sales to date, as per dappradar.com metrics.

An NFT is a digital asset that uses blockchain technology to record who owns a digital object such as an image, video, or in-game item. While anyone can view the asset in question, only the buyer can say they are the “official” owner.

Eminem has also set the Ethereum-based ape as his profile picture on Twitter and has reportedly collected at least 15 NFTs so far on the most popular NFT marketplace OpenSea.

The NFT dubbed “EminApe”, shows an ape dressed in a khaki army cap with a gold chain necklace, resembling Eminem. The digital artwork was sold by BAYC member GeeGazza, who took to Twitter later announcing that the sale becoming a reality is “madness”. 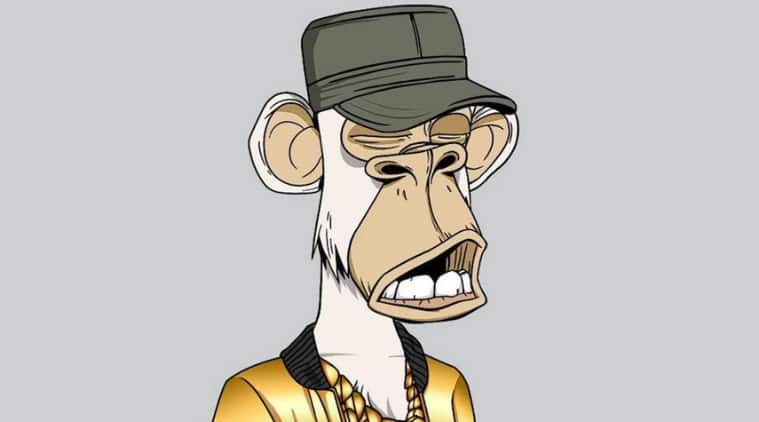 The BAYC member has been trying to get Eminem to buy “EminApe” off him for months now. Earlier, in November, GeeGazza tweeted, “I still think Eminem is destined to buy my Bored Ape one day,” adding that “You don’t understand how long I’ve been manifesting that Eminem buys my ape.”

Interestingly, the minimum price of a BAYC NFT starts at 52 Ethereum or approximately $210,000. According to dappradar.com metrics, Eminem owns 166 NFT assets from 32 collections.

Meanwhile, the owners of the famous NFT collection BAYC, in October, announced on Twitter that the company will be launching its own Ethereum based crypto-token, in early 2022. It should be noted that the minimum price of a BAYC NFT starts at 52 Ethereum or approximately $210,000.