Farhan Akhtar turns 48: Girlfriend Shibani Dandekar, Zoya and Hrithik say it’s going to be ‘the best year’ of his life

Filmmaker-actor Farhan Akhtar turned 48 today and was flooded with love from family, celebrities and fans on social media. His sister, director Zoya Akhtar took to Instagram and shared a black-and-white photo of the two of them.

Zoya wrote, “Listen to me. This is going to be the best year of your life. #bestbirthdayever, #bestboyever, I love you!” Farhan’s girlfriend, Shibani Dandekar agreed heartily and responded to the post with, “It IS! Go get them F!!!” Shweta Bachchan wrote, “Love this!” Hrithik Roshan also agreed and wrote, “It is, it is!” Sonali Bendre sent emoticons of hearts and sunshine.

Meanwhile, Katrina Kaif, who has signed up for the film Jee Le Zaraa with Farhan Akhtar, shared a photo of the filmmaker on her Instagram story and wrote, “Happy, happy happiest, all the love, joy success, and everything your heart desires this year.” 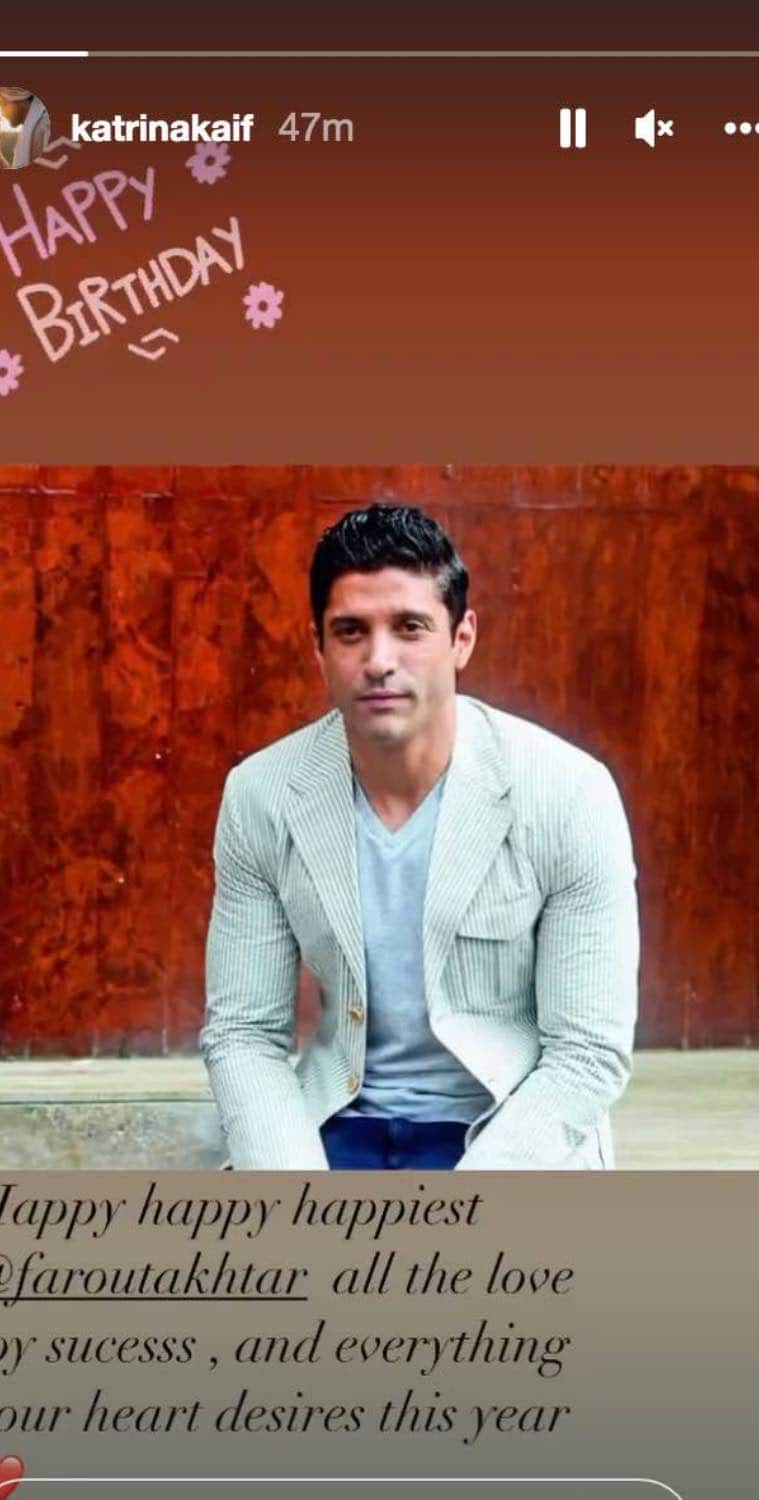 Katrina Kaif shared the photo on her Instagram story

Farhan Akhtar made his directorial debut with the coming-of-age film Dil Chahta Hai, which starred Aamir Khan, Saif Ali Khan, Akshaye Khanna, Dimple Kapadia, Preity Zinta and Sonali Kulkarni. Since then, he has also directed films such as Lakshya, Don and Don 2, and has starred in films like Zindagi Na Milegi Dobara and Luck By Chance. He will get back on the director’s seat with the film Jee Le Zaraa, starring Priyanka Chopra, Katrina Kaif and Alia Bhatt.