The U.S. Food and Drug Administration (FDA) plans to allow for children aged 12 to 15 to receive the Pfizer-BioNTech COVID-19 booster in the new year, according to a report by the New York Times.

Currently the Pfizer booster is only available to people as young as 16, though children as young as five are eligible for the initial two-dose regimen.

The Omicron COVID-19 variant accounts for anywhere between 40 percent to 73 percent of new cases in the United States, according to data from the Centers for Disease Control and Prevention (CDC), and has found to be resistant to the initial two-dose vaccine regiments.

The CDC has not said how many children participated in a trial of the booster shots.

Boosters are believed to be able to re-establish vaccine protection against infection from Omicron, though, leading to a larger nationwide push to getting more Americans the additional shots.

Across the United States, vaccine mandates have been implemented for a range of activities from federal work to indoor dining.

On December 14, New York City became the first in the US to require children over the age of five to show proof of vaccination for most indoor activities, including eating out at restaurants with their parents. That mandate also extends to group school activities.

On Thursday, Mayor-elect Eric Adams said the city will decide by the spring whether to implement a vaccine mandate for schools. 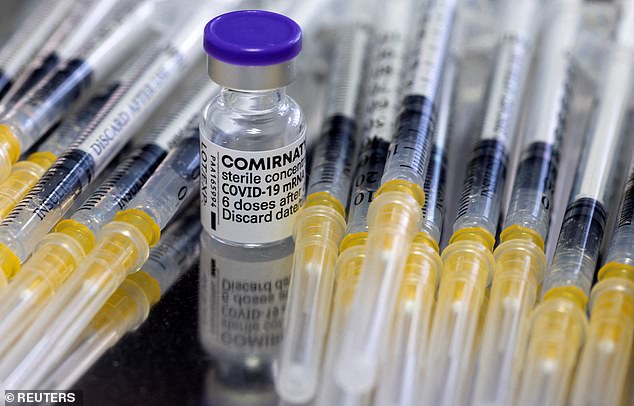 The Pfizer COVID-19 booster shot will soon be available to children aged 12 to 15, according to a report (file photo) 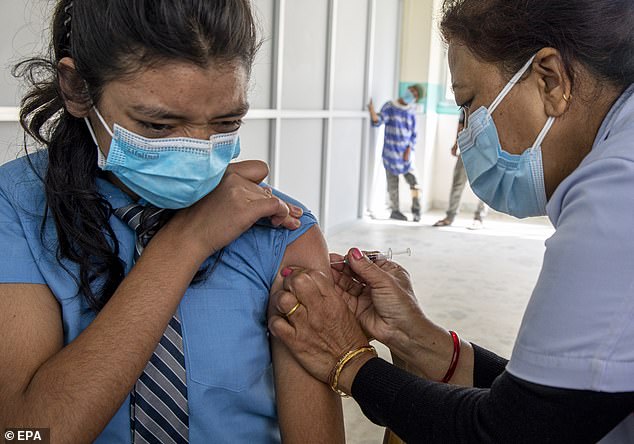 If it receives authorization next week as expected, the Pfizer booster will be the first available for children as young as 12. The Pfizer vaccine is the only one in America to have received approval for use in minors (pictured): A child receives a shot of the Pfizer Covid shot in Nepal on November 22, 2021

The Pfizer Covid vaccine is the most commonly used shot in the United States, and is also the most administered booster.

The company’s shot, which is a joint effort with the German company BioNTech, has fully vaccinated 115 million Americans, and been used 34 million times as a booster dose.

Pfizer’s vaccine is the only one available to minors in America, with the Moderna and Johnson & Johnson shots only having received approval for adults 18 and older in the U.S. so far.

The additional booster shot will be available to the newly approved age group six months after receiving the second dose of either the Pfizer or Moderna shot, or two months after the J&J shot.

It is the same schedule followed by other age groups when receiving a booster shot.

After the FDA gives authorization on Monday, the CDC’s advisory committee will meet Wednesday, and discuss the merits of the additional shots in children as young as 12.

If the committee agrees with the FDA, it will approve the authorization and the agency will revise the vaccine authorization to include the younger age group.

The Omicron Covid variant is competing with the Delta variant to be the dominant virus strain in the U.S.

Per the most recent CDC data, the variant accounted for between 40 percent and 73 percent of active cases in the U.S. last week, with Delta making up almost all of the remainders.

Data from multiple sources finds that initial Covid vaccine regimens were not effective against the new strain – which is the most mutated version of the virus detected yet.

Booster shots are believed to be able to re-establish a large portion of immunity provided by the original shots, though. 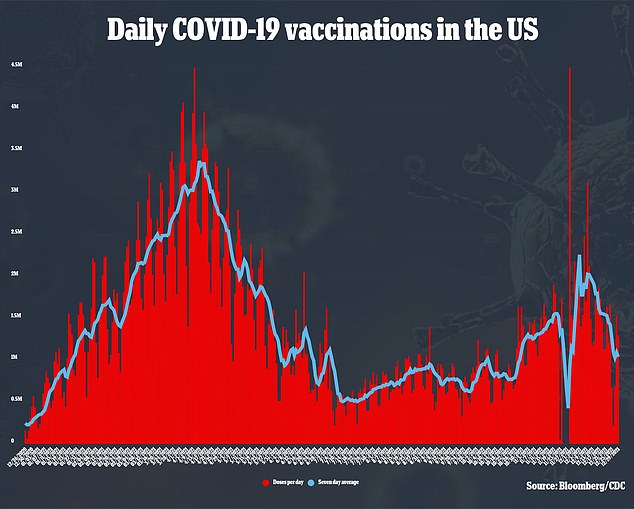 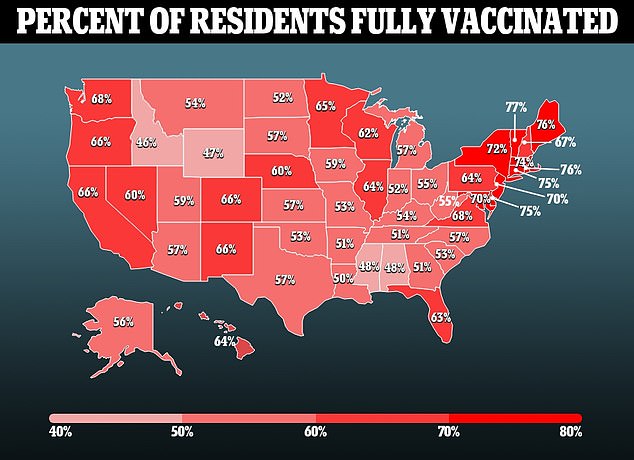 Minors generally have lower vaccine uptake when compared to their older counterparts.

Less than 65 percent of eligible minors have received at least one shot of a COVID-19 vaccine, compared to almost the entirety of the population of Americans 65 and older, and more than 70 percent of those 18 to 64.

They also have been found to transmit the virus at lower rates than their older peers.

Vaccines for minors has been a controversial subject in America, with nearly half of parents reporting that they do not plan to get their child vaccinated.

Many cite the lack of need for the shots among children, and the potential side effects kids safe when receiving the jab.

One of the common side effects is heart inflammation, which the CDC warns can effect younger, mostly males, who receive the mRNA vaccines.

Meanwhile in Israel, a nation that has emerged as a leader in the global vaccine rollout, fourth vaccine doses were approved for older people and health care workers on Thursday – signaling the same move will eventually come to the U.S. as well.