He says he woke up during surgery. His lawsuit blames it on his anesthesiologist’s own fentanyl use

Almost as soon as he woke up from surgery, Randy Dalo began to feel something was off.

He was in a lot of pain, more than he anticipated. And, even worse, he told his wife Karen of a disturbing dream he had. He saw three or four hazy shadows of people looming over him, then a bright light, and when he tried to scream, he could not. That’s when he woke up.

The dream was so vivid, Dalo believed it was actually a memory — that he had awakened during the surgery. But Karen dismissed that notion. A longtime nurse at UC San Diego Medical Center in Hillcrest who had worked in operating rooms most of her career, she had hand-picked the surgical team that operated on her husband in January 2017.

All, except one. The morning of the surgery the anesthesiologist Dalo had chosen was not available. Instead the job would be handled by Dr. Bradley Hay.

For the Dalos, it would prove to be a significant change. Almost six years later Dalo still suffers from a recurring nightmare of waking up in surgery.

In January, a lawsuit that the Dalos filed is set to go to trial in a downtown San Diego Superior Court courtroom. It targets Hay, who surrendered his medical license in 2018, the former chief of the anesthesiology department Dr. Gerard Manecke Jr., anesthesiology nurse Tammy Nodler, and the University of California Regents

Dalo contends that he was not given enough anesthesia for the operation, and that caused him to awaken. He also contends that Hay and the nurse then falsified the official medical records to make it look like he had been given enough.

The suit also blames UCSD for covering up the startling scene that occurred after the surgery.

Hay was found in a hospital bathroom, unconscious, facedown, his pants around his ankles and covered in vomit. Around him were three syringes, two of which contained sufentanil — a powerful opioid that, a later investigation by the state Medical Board would show, Hay had been stealing along with fentanyl from the hospital for years.

He was injecting himself with the powerful drugs as many as eight times per day, court records in the suit say.

The couple says UCSD officials were evasive for months and did not fully disclose what had occurred. They also said that even though the hospital knew Hay had a drug abuse problem and was stealing fentanyl from the hospital as far back as 2003, they never disclosed that fact to any patients.

That could pose a major problem, said Eugene Iredale, the lawyer for the couple. He said UCSD’s own information showed that in 2016 and 2017 Hay, who had been off drugs for several years, became addicted to fentanyl again and during that time cared for 800 patients.

The identities of those patients have not been released by UCSD, Iredale said.

The lawyer for Hay did not return messages by email and phone seeking comment on the suit. Hay gave a lengthy deposition in 2019 detailing his addiction problems that will be part of the upcoming trial.

In court papers, lawyers representing the hospital, Manecke and Nodler argued that UCSD’s own expert said that the amount of anesthesia given to Dalo by Hay was “within the standard of care” and therefore the hospital could not be found to be negligent.

Further, UCSD contends that the actions of Nodler and Manecke “in no way contributed to the injuries” that Dalo said he suffers from after the surgery.

In a emailed statement, Jacqueline Carr, the executive director of communications for UC San Diego Health Sciences, said the university could not comment on specifics of an ongoing case, but said safety is a “core value” at the hospital.

“We are deeply sorry that a former member of our team violated hospital policies and standards, our trust, and the trust of his patients and co-workers,” the statement read. The statement said former patients of Hay who may have questions about their care can contact UCSD at (858) 249-2800.

Dalo needed surgery after years spent riding the rolling waves of the Pacific as a captain on sportfishing boats out of San Diego took its toll on his back. The January 2017 surgery was on his neck, the first of two planned operations that would help him.

After the surgery he continued to question his wife about whether he had awakened during it, or if something had happened. But for months, according to court records, she brushed off his concerns, telling him she had personally selected the team so he would get the best care.

The disagreement put a strain on their marriage. “My wife did not believe me,” Dalo said in an interview. So he stopped questioning, and he withdrew. However, the nightmares continued.

Unknown to the couple was Hay’s history. Records in the lawsuit and from the Medical Board proceedings say he first started using fentanyl in 2003, when he was a resident at UCSD. He stole the highly addictive drug from the hospital and would inject it in bathrooms there.

He joined the hospital staff in 2007, but in 2008 — after colleagues had seen him under the influence while on duty — he was referred to the hospital’s Well-Being Committee. He went for a three-month treatment stint and rejoined the staff in November 2008.

He remained sober until 2014, according to the Medical Board proceedings. But in April 2016 he began stealing and using fentanyl again. In a 2019 deposition, Hay said he was using the drug five to eight times per day at the hospital.

During this time the hospital made him a member of the Well-Being Committee, he testified, which was charged with helping other hospital employees with substance abuse problems.

According to the suit, Hay stole the drugs by obtaining from the pharmacy a certain amount of fentanyl and using only a portion on the patient. He would falsify the medical record to show that all was used on the patient and take the unused portion for himself.

In Dalo’s case, Iredale contends Hay did not give him enough of the drugs to keep him unconscious, holding back some of the drugs for his own use. Medical records showing how much and when anesthetic was administered were falsified, Hay testified in his deposition, according to a motion written by Iredale opposing UCSD’s effort to throw out the case.

However, Nodler, the anesthesiology nurse during the surgery, says no records were changed, the motion says.

She also said that Manecke told her several times that everything went fine with the surgery, court records say. It was not until November — 11 months later — when Karen Dalo read a news story about the state Medical Board suspending Hay’s license because he was found passed out in the bathroom that she realized her husband was not lying to her.

She said she was angry at some of the people where she worked, and that Hay’s addiction problems had not ben disclosed. “And guilt as well,” she said in an interview. “For not believing my husband.”

Iredale said that UCSD has failed both a patient and longtime employee. “They’ve just resisted acknowledging what happened was wrong, and accept responsibility for it,” he said.

Randy Dalo said he wants UCSD to be held accountable for what happened. He sees a therapist for the recurring dream he has of waking up. And, he has not yet had the second surgery he needs. 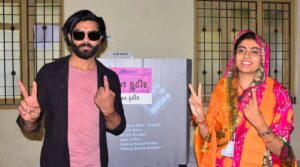 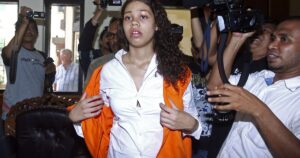 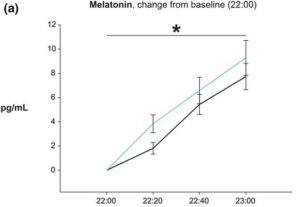