Jonny Best sits at a corner of the screen, unobtrusively, almost like a member of the audience.

Only that, he has a key role to play in guiding the audience’s experience of this silent film, as the accompanying pianist.

Leaning over the piano, with his eyes firmly set on the screen most of the time, he recreates the world of F. W. Murnau’s much-acclaimed silent horror film Nosferatu from 1922. The restoration of the film itself makes for another compelling story. Best, the resident pianist at the British Film Institute’s Southbank theatre, is at the 27th International Film Festival of Kerala (IFFK) to play live music for a curated section of five silent films from the 1920s.

In an interview to The Hindu, Best says that it is important for him to have a strong sense of what the film is, of what it is trying to do or what it is about, before the performance.

“If the film is coming from an archive, it might not be possible to watch it before the performance. I have played films like Nosferatu with other musicians, as part of a quartet. Usually, the night before, I watch the film in silence and have the audience experience myself, without the music. Then I just like to let it percolate into my brain, to think about it. For each film, I am looking for a sound world , a sort of style, a little idea, just something that I can latch on to and work with. I don’t want to plan the whole film. I just need some little starting point. I want to be looking at the film as much as possible and at the hands as little as possible, while performing,” he says. 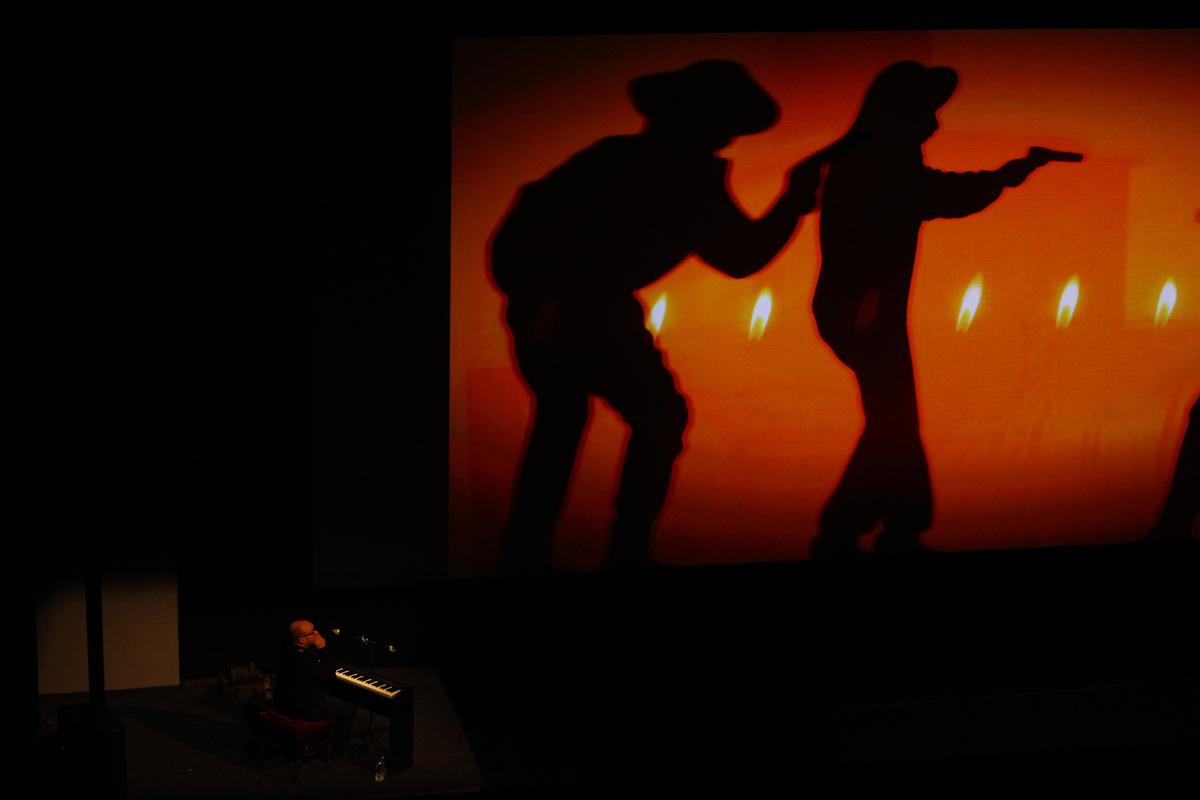 Jonny Best preparing for a performance as accompanying pianist of the silent film Nosferatu, as the IFFK signature film plays on screen
| Photo Credit:
S.R.Praveen

But, he has a clear idea of when to step back, with the gentlest of tapping on the keys, remaining unhindered in the background, as the visuals on the screen does its thing.

“Sometimes you are very much in the background, not doing very much, but gently shaping things and the audience is with the film. Then sometimes, you come to the foreground and take over. I hope that the audience isn’t that aware of the music. The film doesn’t need the music in order to function. The film is already complete. But to watch it in silence would be sort of a strange experience. So, I am just shaping the audience’s experience of the film. I am intervening. But I don’t want that intervention to be “Hey, Look at me!” all the way through. It’s tempting and when I began, the first few years, I played way too much. I listen to some of those performances now and I go ‘shut up jonny’. It’s easy to make a lot of sound with the piano. I am trying to develop the discipline to sometimes do hardly anything. The job is to bring the film alive. It is not to play music,” says Best.

Best has been playing the piano for quite a long time, trying his hand in orchestras, for theatre and musical productions and in operas. Ten years back, while curating a small festival in Birmingham, where he had to put together other art forms to complement a performance of Wagner’s opera Ring Cycle. He decided to programme Fritz Lang’s silent film Die Nibelungen, which is loosely based on the same legends that Wagner based his opera on. He got Neil Brand, who reinvented piano accompaniment for silent films in the 1980s, to play with the film. The experience of watching him perform drew Best towards working with silent films, which later led to a PhD too.

He has also been producing screenings of Indian silent films, where he lets other musicians do the work. The recently restored 100-year-old silent film Behula (1921), made by Kolkata’s Madan Theatre, is one such work.

“Most silent films do not have original music. Music was done only for the big prestige productions, like those from the Weimar Republic, in the bigger venues. If you watched the film outside of a major city in 1922, it wouldn’t have an orchestra. I sometimes go back to some of the old scores to use the ideas as a basis for improvisation,” he says.

Read More »
PrevPreviousNigerians are dissatisfied with democracy. This is how to solve the problem
NextAfter a four-year hiatus, Kochi-Muziris Biennale opens on December 12Next