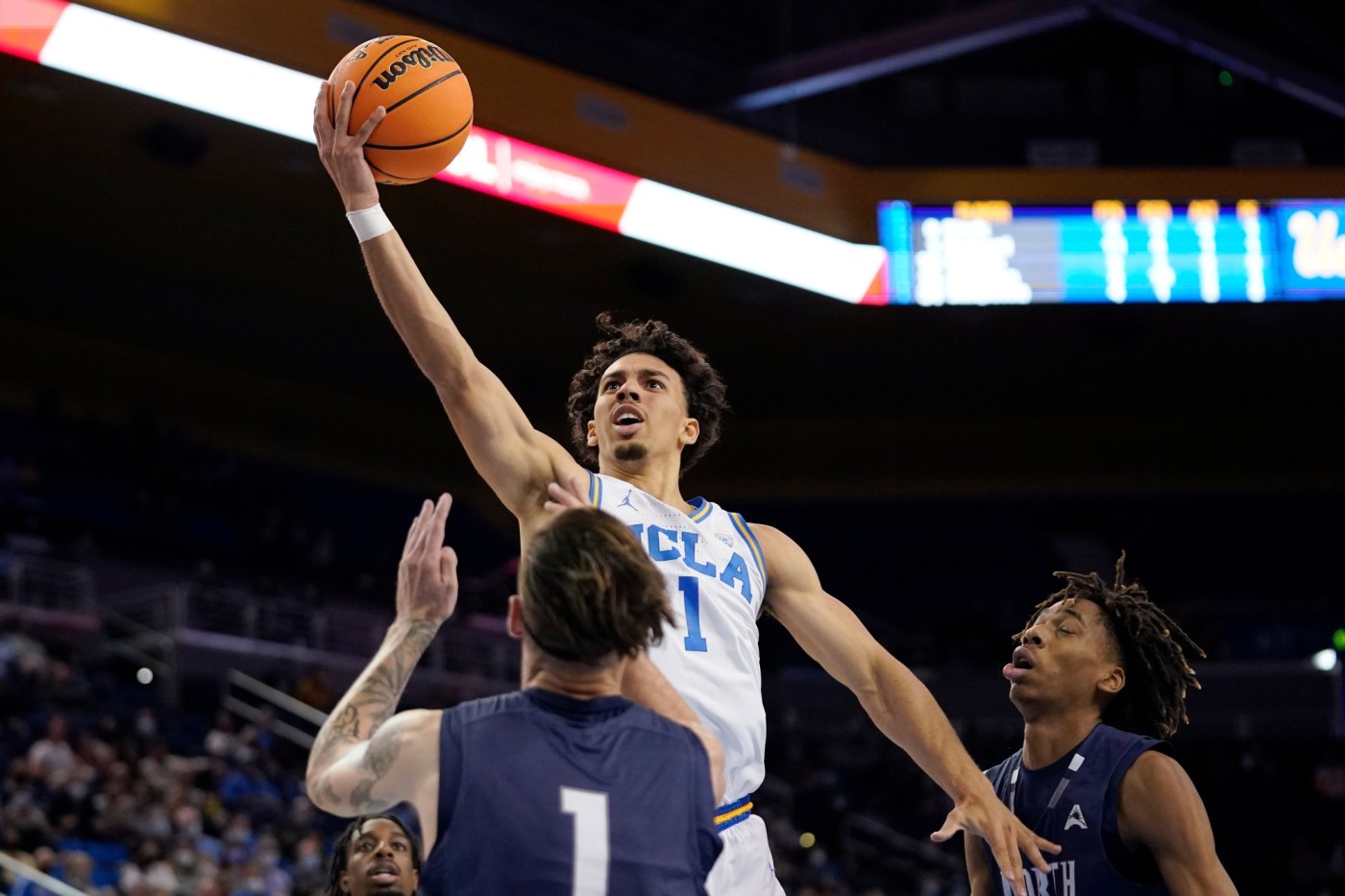 When UCLA men’s basketball coach Mick Cronin went to Pac-12 media day in October, the conference requested he bring along Jaime Jaquez Jr. and Johnny Juzang. It makes sense, as Juzang and Jaquez have been marked as them marquee players after the Bruins’ Final Four run last season.

But Cronin likes talking about Jules Bernard, because he thinks not enough people do.

“When they asked me about Jules, I was elated,” Cronin said after Thursday night’s 96-78 win over Long Beach State. “You can’t ask me enough questions about Jules because he deserves a lot of publicity. He’s one of the best wing players in America.”

Bernard matched a season-high in scoring Thursday with 22 points. He’s averaging 13.9 points and 4.3 rebounds per game and is second on the team in assists (26) only behind point guard Tyger Campbell.

The Los Angeles native, who prepped at Windward High, has improved emphatically despite doing it under different head coaches. He jumped from 5.5 points per game as a sophomore to 10.3 as a junior and is now just below 14 as a senior. That might be because his most obvious improvement has been his outside shooting. Bernard is shooting 45.7% from the 3-point line this year.

“He’s everything this is all supposed to be about,” Cronin said of Bernard. “He’s been here four years and gotten better every year. Stuck it out through a coaching change. He’s a great kid with a great attitude.”

Bernard’s inspired play might be a prerequisite for the fifth-ranked Bruins (9-1, 1-0 Pac-12) on Saturday when they travel to Cal (9-6, 2-2) for a conference tilt at 5 p.m. in Haas Pavilion. Jaquez didn’t play in the second half of Thursday night’s game after spraining his right ankle late in the first half. His availability is questionable, and if he can play, it’s hard to believe it will be at 100%.

“I didn’t think we would have any chance Saturday if we wouldn’t have played (Thursday),” Cronin said. “I was convinced we were in deep trouble. To go play Cal, who’s really playing well, on the road, without a game in a month, to me, we would have been really up against it.”

UCLA’s conference opener was against Colorado on Dec. 1 and the Bruins have since had three Pac-12 games postponed (Arizona, Arizona State, Stanford).

Cal “dismantled” Arizona State 74-50 last week, a word Cronin used to describe what he watched, but then lost 77-63 to No. 7 USC at home Thursday night. It’s hard to pinpoint what exactly UCLA will be walking into Saturday evening.

“They’re playing really well,” Cronin said of Cal. “I was watching the Arizona State game and thought, ‘We’re playing Cal at a rough time’. They’re a team with eight or nine guys back. They look much more comfortable in the identity of who they are.”