WWE SmackDown had its season premiere after WWE Draft. With two championship matches and multiple segments, the Blue Brand definitely had a star-studded night.

Triple H and Stephanie McMahon welcomed the fans to the new and improved SmackDown. Daniel Bryan was back after being away from the ring for several months, and New Day said goodbye to everyone. We also saw Jeff Hardy take on Lars Sullivan. The Street Profits had their first SmackDown tag title defense against Dolph Ziggler and Robert Roode, and Roman Reigns had a confrontation with Braun Strowman.

Here are the match results and major moments –

Lars Sullivan was out from in-ring action because of surgeries. However, he returned to the main roster last week and was drafted to SmackDown. Before the match, a huge brawl broke out, and Hardy hit Sullivan with a Twist of Fate. 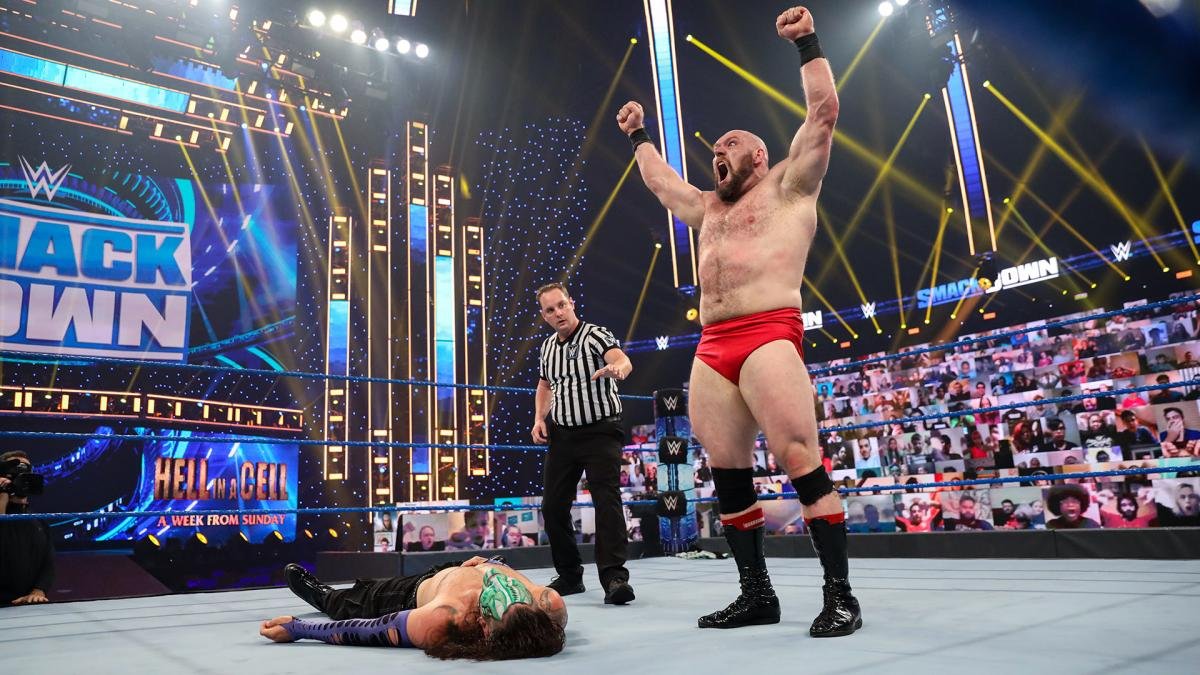 In his first match back, he defeated Jeff Hardy with the freak accident. The match was relatively quick. Hardy tried to look for opportunities to pin Sullivan but failed.

Before the match, The New Day delivered an emotional promo. They spoke about how three “hopeless” wrestlers found each other and made history. Apart from in-ring compatibility, the trio genuinely loves each other as brothers.

Cesaro, Sheamus, and Shinsuke Nakamura gave a quick interview backstage about how they are looking forward to ruining The New Day’s farewell match.

The match was a standard tag-team match with a couple of big moves, showcasing the wrestlers’ capabilities. 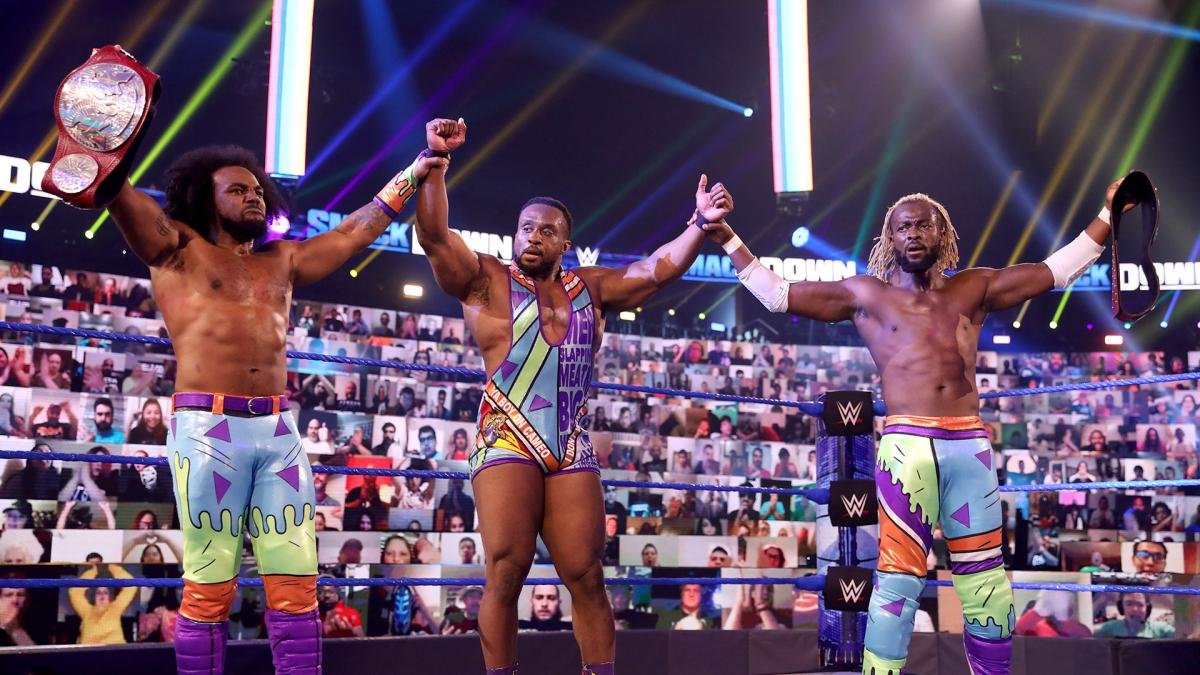 Xavier Woods and Big E hit the Midnight Hour for the pin and the win. They embraced in the middle of the ring to celebrate their last victor. Although they might reunite in the future, for now, New Day is over. Kofi and Woods will move to Raw, and Big E will embark upon his singles run.

Daniel Bryan made his much-awaited return to SmackDown. After four months, he returned and welcomed everyone to the Blue Brand. However, he was interrupted by Seth Rollins.

The Friday Night Messiah asked Daniel Bryan to join his side. However, Bryan called him dumb, and the two men brawled. Bryan took Rollins out with the Yes Kick. 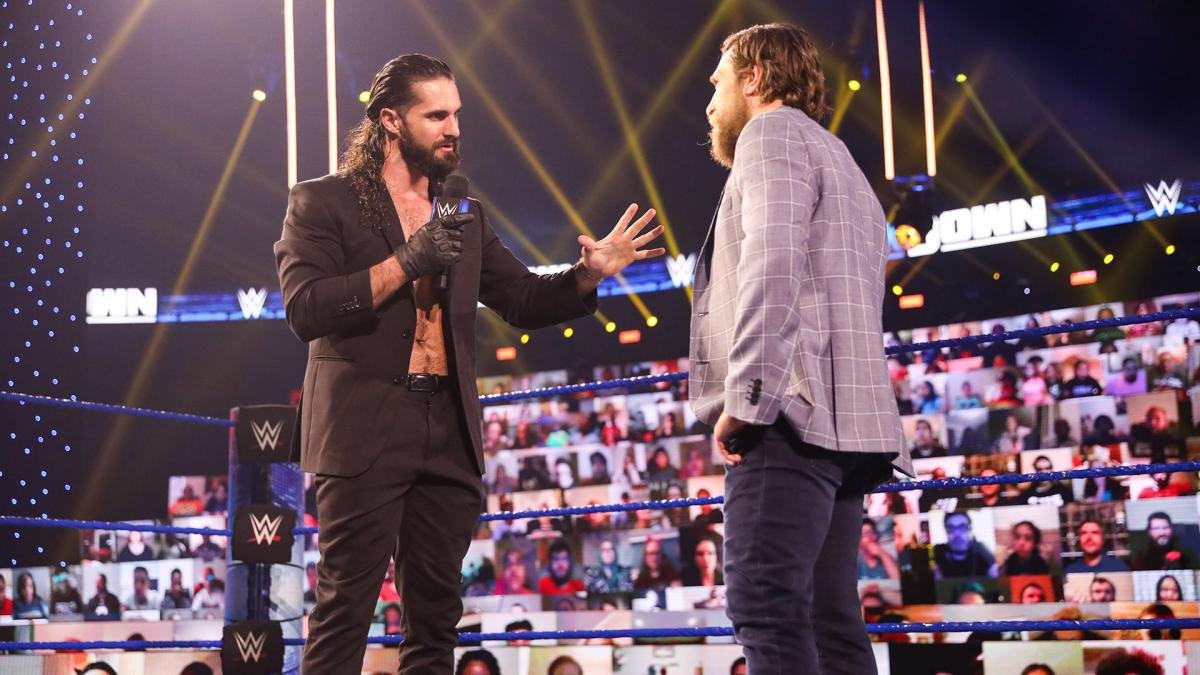 As Rollins was escaping from the arena, he was cornered by the Mysterio Family. Before another brawl could break out, Rollins’ disciple Murphy returned and turned on him.

Murphy tried to make amends with the Mysterio family but was snubbed off.

Ziggler and Angelo Dawkins started for their teams with a fast-paced exchange. Roode was quick to tag in and stomp Dawkins into the mat before hitting a nice vertical suplex for a two-count. However, everyone started brawling, and the match ended in disqualification. 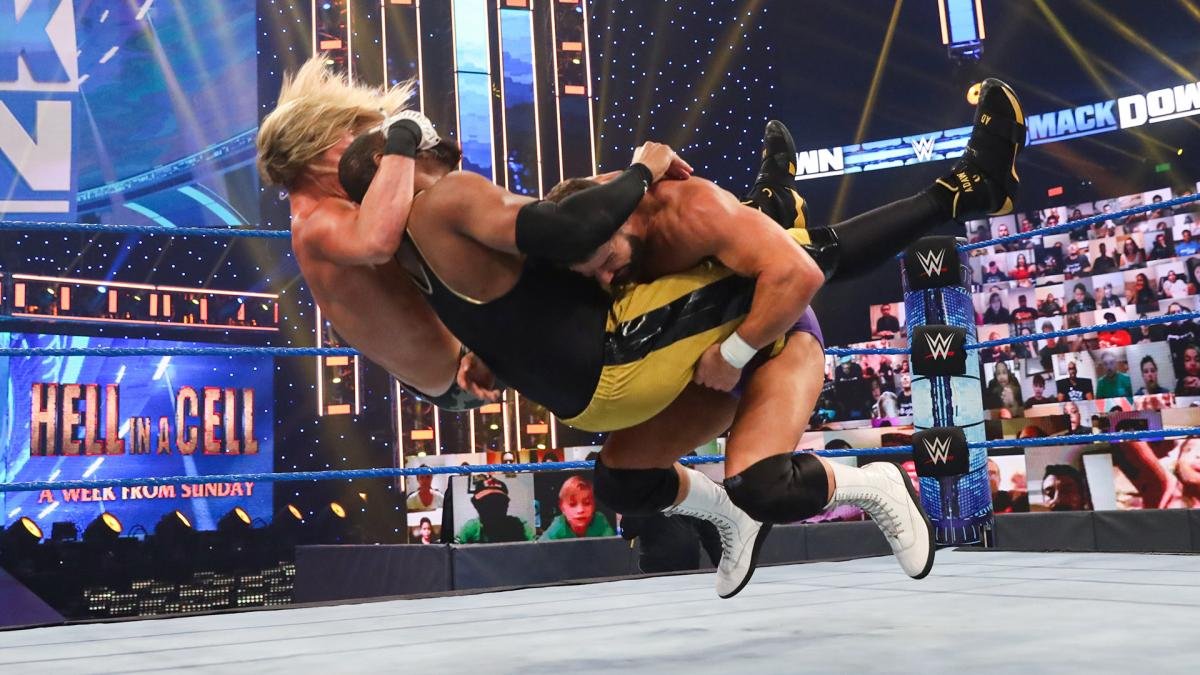 The match was incredibly short, which means that the feud will continue in the future. However, SmackDown fans could have had more glimpses of the SmackDown Tag team champions. 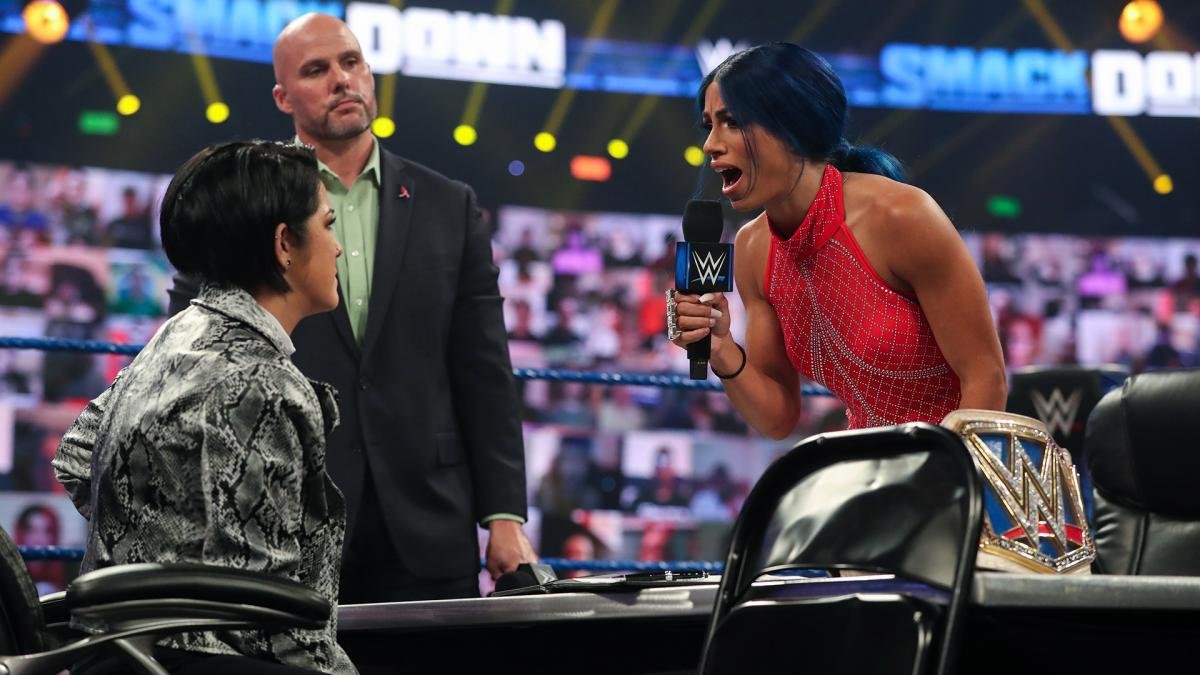 Bayley looked very uncomfortable as Banks told her the hard truth about why she has been the champion for so long.  Banks said she would have betrayed Bayley long ago, but she considered her a friend. However, Banks will take her revenge in the cell.

Roman Reigns and Paul Heyman made their way into the ring. Strowman joined them soon after. Both men showed great bouts of athleticism with their moves. Various close counts and powerful slams later, Reigns caught Strowman with a submission, which surprisingly forced the monstrous Strowman to tap out.

As the commentators pointed out, Reigns rarely used submissions in his matches. Could it be a new era for the Tribal Chief? After the match, Jey Uso made his way into the ring.

Reigns told Uso that he is going to annihilate him at Hell in a Cell. Reigns hit Strowman with a chair to prove his point. Then he handed it over to Uso, and Uso attacked Reigns. A brawl broke out, and Reigns took out Uso with a Superman Punch.

The season premiere of WWE SmackDown was certainly an incredible show from start to finish.

Buzzing With Life, Activity And Colour, Spice It – Ibis New Delhi Is A Happy Place To Be

Estimated Reading Time: 1 minute Have you ever dealt with hyperpigmentation? The condition is caused