Meet the man who is on a mission to travel the world without stepping into an aircraft. He has visited 194 countries so far

Thor runs aboard container ships on the Atlantic, walks inside flooded caves, and wakes up with strange bugs. He is now stuck in Hong Kong, and is nine countries short of finishing his world tour.

Torbjørn C Pedersen, the globe-trotting Dane better known as Thor, has travelled to 194 countries without ever taking a flight! On a mission to go around the world without flying, Thor’s modes of transport have included container ships, shrimp trawlers, fishing boats, ferries, public buses and trains. “I was on board a working ship in the Caribbeans. The captain didn’t like me, so I had to sleep on the floor in the kitchen. It was greasy,” laughs Thor, who is now nine countries short of completing his mission.

Thor, 41, a goodwill ambassador for the Danish Red Cross, set out on this surface adventure on October 10, 2013 — “at 10.10 am from Dybbøl Mølle, Denmark and then I crossed into Germany,” he says — as part of a partly self-funded project Once Upon a Saga. However, the current COVID-19 pandemic chained this intrepid traveller down in Hong Kong. 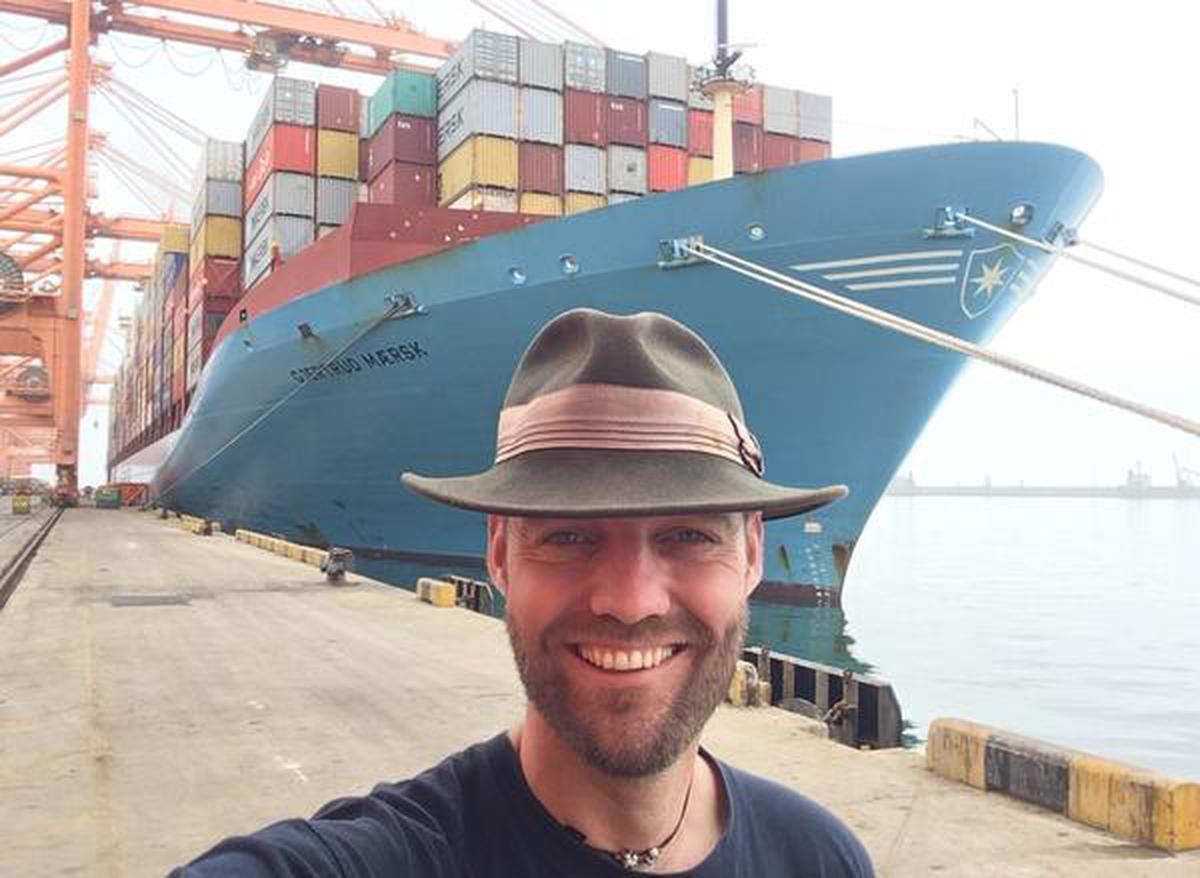 His next stop was supposed to be the island of Palau. “Nobody knows how long I’ll be here for,” says Thor over a video call from Hong Kong, adding, “Hong Kong is the best place to be in. They have handled it well. We are free to walk about: cafés and shops were open. Cinemas and museums shut for a couple of weeks but are opening up now.” The borders remain shut though. “The container ships made a decision that non-essential people cannot come aboard and those on board cannot leave,” he says.

His initial plan was to stay in Hong Kong for four days but now it has been 118 days. His next move depends on which country opens up its borders. “For example, if New Zealand opens up, I will head there and then work my way across to the other places.” And if the world goes back to normal tomorrow, it will still take him 10 months to complete the remaining route, which comprises Palau, Tuvalu, Vanuatu, Samoa, Tonga, New Zealand, Australia, the Maldives and Sri Lanka. It has been hard not going home the last six-and-a-half years. “Sometimes, it is very tempting to look at the airport and think my fiancée is at home, and end this trip, go home, wear normal clothes,” says Thor. But every time he wins the mental battle and pushes on with his mission. While 80% of the trip has been fairly straight forward, Thor says bureaucracy is always a challenge: visas, paper work and check points. He says, “There is a big difference when you travel to a country by flight and without it. In the airport there is a high degree of security. It is much more difficult to cross the land borders.” But it has all been worth it, he says, fondly recalling the New Year’s Eve of 2018 that he spent in Amritsar after his fiancée flew down to join him. “There were firecrackers above the Golden Temple,” he says excitedly. He then went to Delhi to meet with the Red Cross (he has visited 189 Red Cross units across the globe) and Mumbai. Thor has picked up new skills along the way. “I know my capabilities, I am far more confident, but I am also humble because what I have accomplished is with the help of people,” he says. He has also acquired a beard along the way, which is something he intends to gets rid of when his fiancée visits next. “People can look at my face and say how long it’s been since I have seen her,” he laughs.

Thor is of the opinion that the people make a country interesting. Through this journey, he also wants to prove that as a foreigner, one can go to any country, meet good people, and feel safe. “I have been travelling in public transport, eating at local food stalls and I am still alive. Nobody cut, stabbed or kidnapped me. People are just people. All over we are doing the same thing but in different ways. We care about barbecue, social media, selfies, we get stuck in traffic. We don’t want war, terrorism, trouble. We just want to carve out a piece for ourselves and our family,” he concludes.

Thor documents his journey at www.onceuponasaga.dk

Has Anya Taylor-Joy in Netflix’s The Queen’s Gambit got you into chess? Here’s how to join the milli...
Hong Kong’s long-distance trails offer 300km of history, views and scenery – and winter is the perfe...
The next Lee Min-ho? From Start-Up’s Kim Seon-ho and Nam Joo-hyuk, to Do You Like Brahms?’ Kim Min-j...
The girl from … Stinking Pond – the true meaning of Ipanema and other place names, and their linguis...
From County Mayo to Philadelphia: Joe Biden’s homelands in Ireland and the US
How to find the perfect wedding dress: Kim Kardashian went for the ‘mermaid’ and Meghan Markle opted...
PrevPreviousAustralia vs India 2020-21 – Quality training during quarantine key to Sean Abbott’s success
NextTrump’s WeChat, TikTok bans will go through, White House aide saysNext

By Chris Taylor NEW YORK: We are all familiar with the challenges of 2020, but

Inside Mental Health Care For Families Separated at the Border

When Mari and her teenage son, Jesus, were confronted by Border Patrol agents, they did

images via getty. design by danielle campbell.All the inspo you’ll need to up your style

The move comes after the failure of last-ditch efforts to rescue the ailing department store chain. Source link
Read More

CVS is preparing to administer Covid-19 vaccinations to approximately 900,000 skilled nursing home residents in the US, according to Chris Cox, senior...
Read More

Brexit: Will the borders be ready?

Finally, many traders and businesses are worried about what will happen in Northern Ireland. It will be treated differently under...
Read More

From a secure room about 1,200 kilometers (745 miles) from the epicenter, Xi expressed his condolences to those who have...
Read More

Although the fall of the retail group puts 13,000 jobs at risk, there will be no immediate redundancies. Source link
Read More

Avid snowboarder Jenny Leveille doesn't plan to rely on ski resorts' indoor facilities this season. This decision, she believes, will give her...
Read More