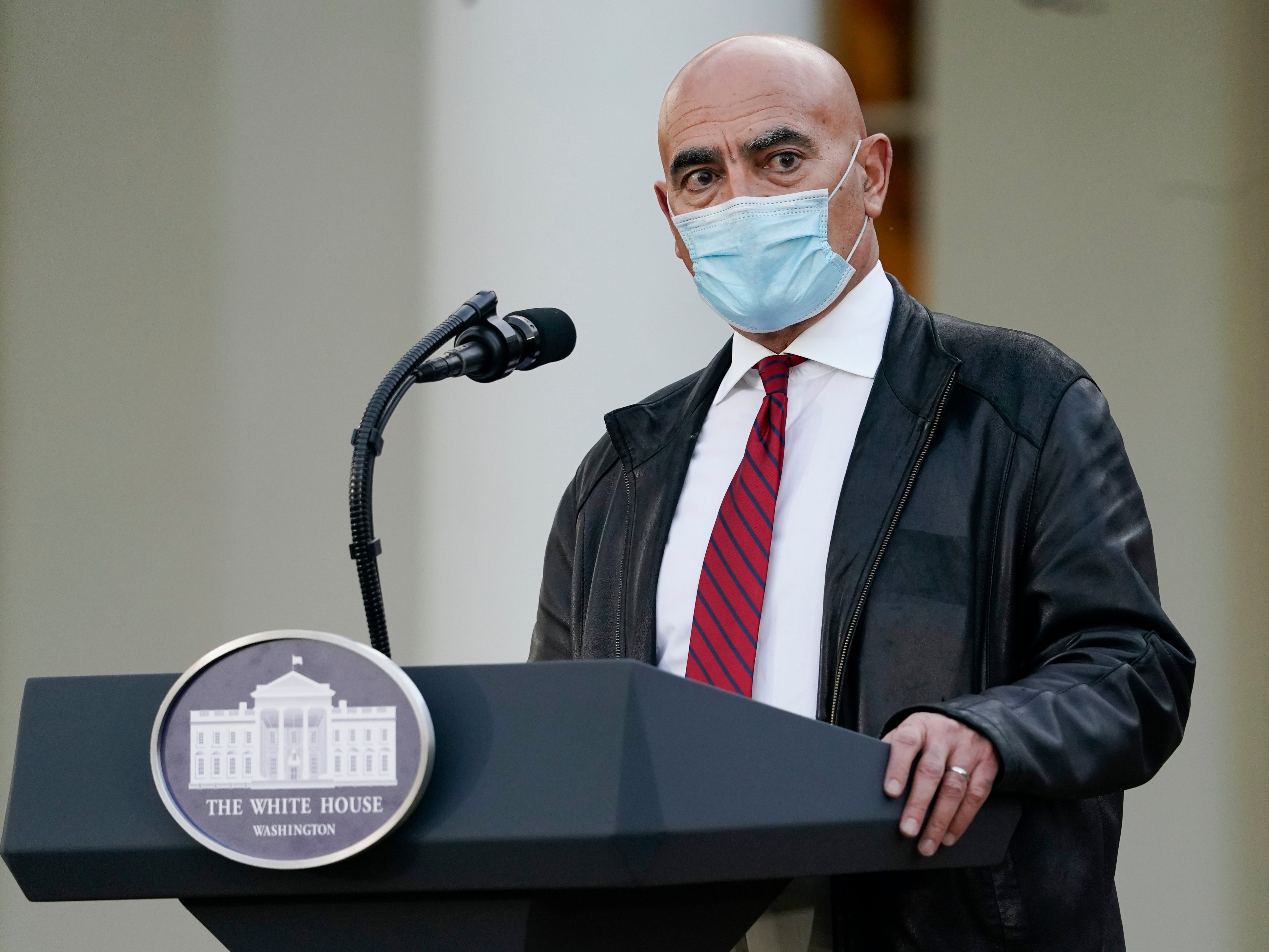 In an interview with CNN, Dr Moncef Slaoui was asked how many Americans need to be immunised for “life to return to normal” in light of the partnership’s plans to vaccinate 20 million people in December if candidates are approved.

“Normally with the level of efficacy we have, 95 per cent, 70 per cent or so of the population being immunised would allow for true herd immunity to take place,” Dr Slaoui said.

“That is likely to happen somewhere in the month of May or something like that based on our plans.”

Dr Slaoui also reiterated Operation Warp Speed’s plan to ship vaccines to the immunisation sights within 24 hours of their approval from the US Food and Drug Administration (FDA).

“So I would expect maybe on day two after approval on the 11th or the 12th of December the first people will be immunised across the United States,” he said.

The plans come after Moderna and Pfizer announced their vaccine candidates had been tested to 95 per cent and 94.5 per cent efficity.

Pfizer submitted its vaccine to the Food and Drug Administration for emergency use on Friday and Moderna will submit its vaccine later this month.

The US Army general in charge of the federal government’s Operation Warp Speed has also previously said that the distribution of a successful vaccine could begin within a day of approval.

US General Gustave Perna, chief operations officer for Operation Warp Speed, told ABC News on Friday that the military is ready to deliver millions of vaccine doses as soon as the FDA approves a candidate.

The general confirmed that doses of vaccines are already stockpiled alongside kits of needles, syringes, and alcohol swabs needed to administer the vaccine.

Operation Warp Speed is an initiative created by the Trump administration to facilitate and accelerate the development, manufacturing and distribution of a coronavirus vaccine to the public.

The partnership has cost American taxpayers approximately $12bn, which could possibly climb to $26bn once distribution begins. Americans will be able to receive a vaccine free of charge.

The US has recorded more than 12 million cases of the virus since the outbreak gripped the country in March, leading to the deaths of more than 250,000 people, the highest death toll in the world.