By Mike Dickson for MailOnline

A new order may be on the way in men’s tennis, perhaps coming from Russia with love.

Daniil Medvedev, the 6’ 6” Muscovite with telescopic reach and a full Soviet armoury, triumphed in London’s valedictory ATP Finals when he won his baseline war with Dominic Thiem 4-6 7-6 6-4.

In doing so he had to defeat the world’s three highest ranked players over the course of a week, suggesting he will be mixing it with the best when the tour returns in 2021.

His victory provides neat historical symmetry as the year-end championships moves to Turin. When it arrived in London eleven years ago there was another surprise winner from Russia, Nikolay Davydenko, but this export from Moscow may prove more enduring.

It was his tenth straight victory after winning the indoor Paris Masters at the start of the month. However strange the circumstances of the late season there can be no arguing he has been the dominant player.

“This was one of my best victories, two hours 41 minutes against an amazing player,” said a delighted Medvedev, who last year pushed Rafael Nadal close in the US Open final. “Life in the bubble is not easy but we managed quite well.” 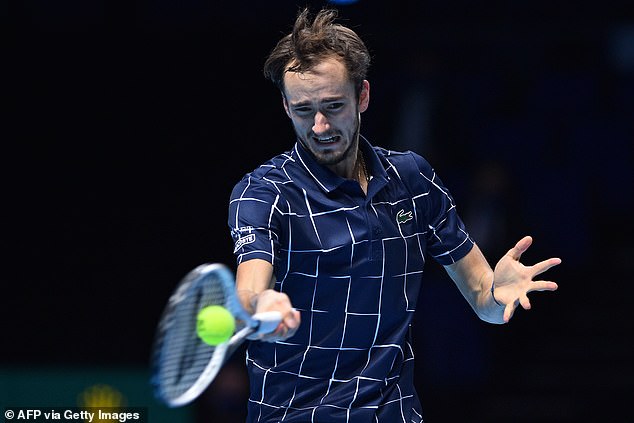 It has become customary to watch the climax of this event in recent years and chew over that well-worn phrase ‘changing of the guard’.

Usually that has proved premature, and for the past three winners – Grigor Dimitrov, Alex Zverev and Stefanos Tsitsipas – it has been more a declaration of potential rather than the herald of an immediate breakthrough.

A contributing factor is that the likes of Novak Djokovic, Roger Federer and Nadal have arrived somewhat weary, physically and mentally, having carved up the spoils of what has gone before.

This year, for obvious reasons, has been different with all participants fresher than usual, so talk of the established order being altered may be more prescient this time around.

And unlike the previous three winners Thiem has already paid his dues when it comes to performing at the very highest level, owning a Grand Slam title and at least five wins against each of the Big Three. 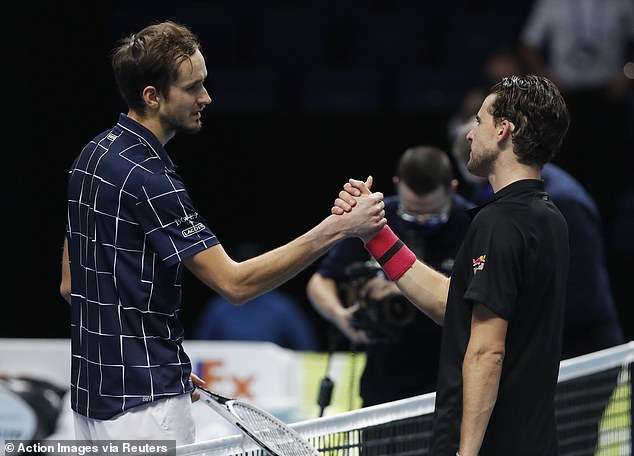 The match-up between Thiem and Medvedev is not a perfect one, with both of them basing their game on bludgeoning the ball, albeit with great skill, from the back of the court.

The Austrian benefitted from slight assistance to edge the first set. His break for 3-2 came courtesy of a double fault, while on his first set point the ball took a lucky bounce of the netcord to go flying past the advancing Russian.

Thiem had chances to win it in the second but then collapsed 7-2 in the tiebreak. The match decisively turned when Medvedev, who combines plenty of brain with his rangy brawn, broke in a marathon game for 3-2 in the decider.

It was not, in truth a classic. But the event got played, one of the 16 top level tournaments the men have had since returning from lockdown, and that only looked a distant possibility back in the summer.

Why Does the AstraZeneca COVID-19 Vaccine’s Efficacy Vary?

AstraZeneca’s COVID-19 vaccine is up to 90% effective, the company said Monday in a press

Access to fresh food in North Minneapolis has been a struggle for decades. Members of

The Best Puffer Coats for Women

I was in denial earlier this month; reaching for a peacoat or even a menswear-inspired

21 Best Sweatpants for Men and Everyone in 2020

Just a few years ago, the idea of trying to find the best sweatpants for

Photograph courtesy of istock/getty imagesSee the deals on offer in Canada this week. By Maddison