Manchester United ‘are ready to sell wantaway goalkeeper Sergio Romero for just £2.5m in January’ after denying him a summer loan move to Everton

By Ieuan Ivett For Mailonline

Manchester United are prepared to sell goalkeeper Sergio Romero for just £2.5million in January following a standoff with the player.

Romero was less than pleased to become the club’s third choice stopper behind David de Gea and Dean Henderson. He pushed for a summer exit but United could not find a club to pay their £5million asking price.

As Romero remained a Man United player past the transfer window, this led to plenty of hostility between the two with neither wanting to budge. 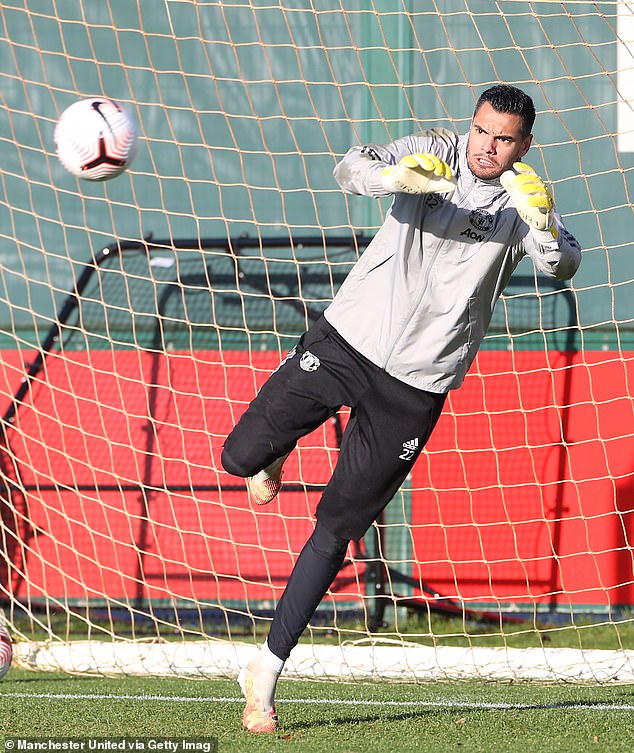 According to the Daily Star, they are now willing to let the Argentine leave for £2.5million in the upcoming winter window.

The 33-year-old was left frustrated after the club played hardball with Everton during the summer and did not agree a loan deal with them.

It became an even messier affair when Romero’s wife took to social media and blasted the club for blocking his exit.

United have left Romero out of both their Premier League and Champions League squads for the season and despite this they did threaten to exercise an option to extend his deal by another year to get a better price.

Romero, who joined United back in 2015, will breath a huge sigh of relief should he be granted an exit from Old Trafford after fearing he may give up football if United continued to freeze him out.

David Beckham’s MLS side Inter Miami have also shown interest in Romero but were unable to strike a deal with the £100,000-a-week goalkeeper.

The Catastrophic Consequences of Sitting With Dr. Turner Osler

Child: Welcome to my Mommy’s podcast. This podcast is brought to you by Wellnesse, a

Natacha Ramsay-Levi Steps Down as Creative Director of Chloé

Victor VIRGILEGetty Images Natacha Ramsay-Levi has stepped down as the creative director of Chloé. The