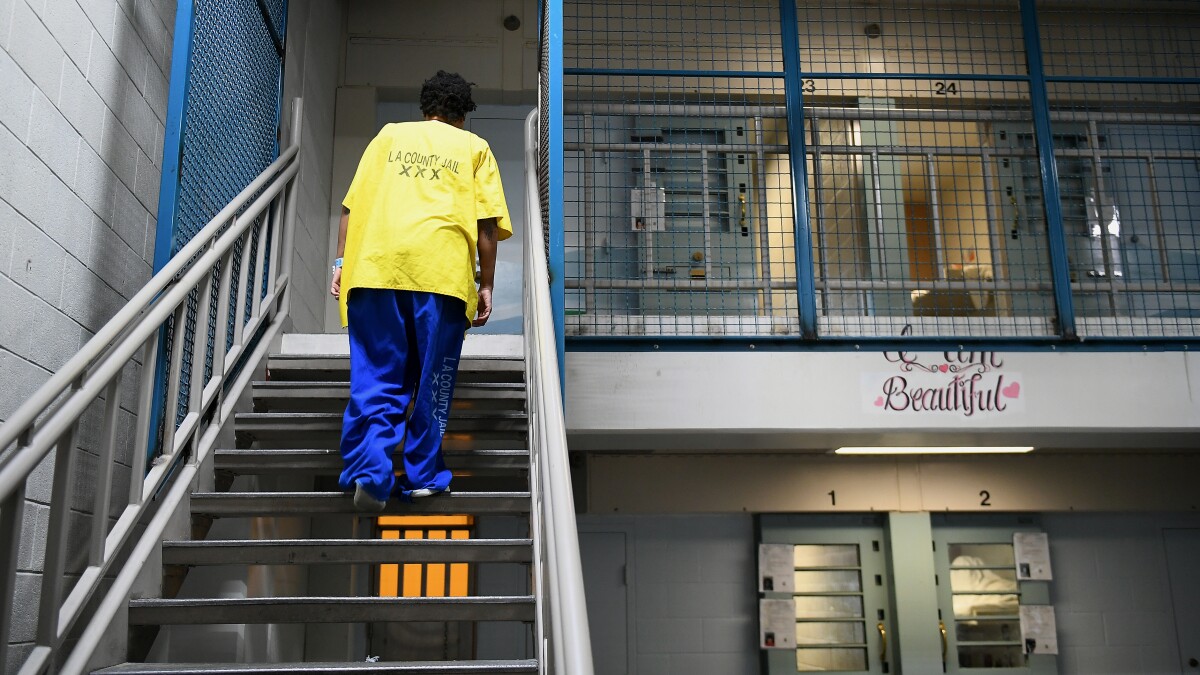 An inmate at the Los Angeles County women’s jail in Lynwood died in her cell last week after suffering injuries to her head and body, according to an internal Sheriff’s Department memo about the incident.

A sheriff’s deputy conducting a security check shortly after 3 a.m. on Dec. 29 found the woman, who was identified in the memo as Destiny Ortega, 32, lying unresponsive on the floor in a pool of blood, the document said. Pomona police had arrested Ortega the day before on suspicion of a parole violation, according to the memo, a copy of which was reviewed by The Times.

Ortega’s cellmate at the Century Regional Detention Facility, who was lying on her bunk in the two-person cell when the deputy found Ortega, refused to speak with investigators, the document said.

The death is being investigated by the department’s homicide bureau, a sheriff’s spokesperson said Thursday.

The Sheriff’s Department, which runs the county’s network of jails, did not release information about the woman’s death.

The sheriff’s information bureau, which is responsible for providing information to the public, was notified of Ortega’s death, but a statement about it to the news media was “not authorized,” according to the memo.

Citing the investigation, sheriff’s officials declined to answer questions from The Times, including when deputies had last conducted a security check of Ortega’s cell.

Ortega appeared to have cuts on her nose, head and left shoulder, the memo said. She also had bruising on her head and hands.

Deputies performed CPR while they waited for paramedics, but Ortega was pronounced dead at the scene.

The document states that an autopsy performed the following day by the county coroner did not determine the cause of death and that the coroner would continue its own investigation into the death.

The Century Regional Detention Facility houses about 1,300 inmates on a given day. Overall, the county’s jail population typically is about 15,000 inmates, but recently has dropped to 12,600.

Deaths in the lockups have gone up in recent years, from 20 in 2016 to 32 in 2019, according to statistics released by the Sheriff’s Department. More recent figures were not immediately available.