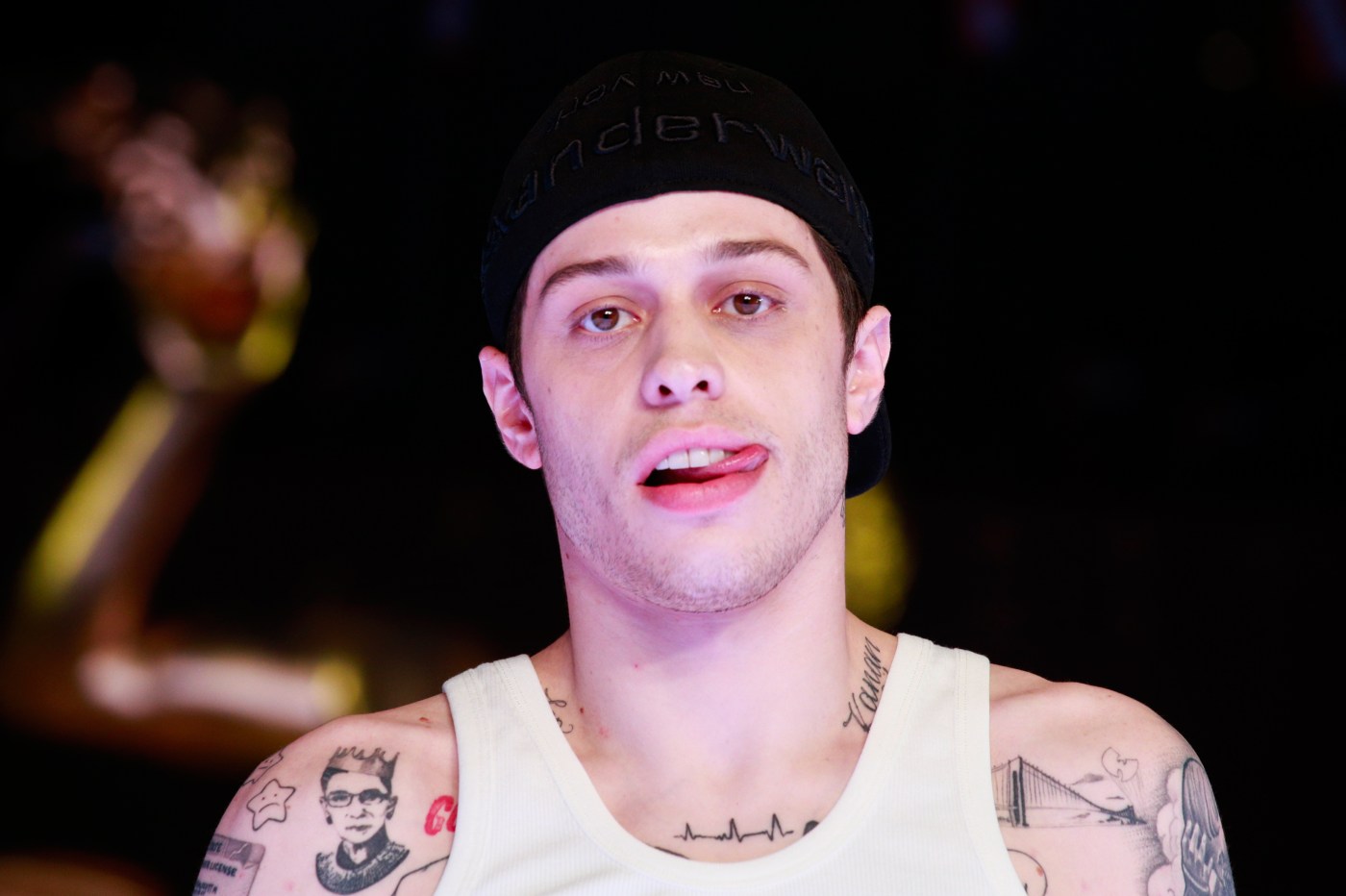 With a new report saying that the surprising romance between Kim Kardashian and Pete Davidson is “getting serious,” it’s perhaps time to ask whether that means the reality TV star has introduced the young “Saturday Night Live” comedian to her four children.

E! News reported Davidson has been “hanging out at her house more,” with a source also saying that “Kim and Pete are getting very serious. … She’s smitten and the relationship is very exciting to her.”

The E! report was prompted by news that Kardashian, 41, and Davidson, 28, had recently taken off on another romantic getaway together, this time to the Bahamas islands.

After spending New Year’s Eve apart, Kim Kardashian and Pete Davidson reunited for a romantic getaway to the Bahamas this week https://t.co/hmvnNgVMFx pic.twitter.com/q9NZKDeGQt

When Davidson is hanging out at Kardashian’s Calabasas mansion, are Kardashian’s four children included? If so, how does Kardashian explain this new man in her life? Does she describe him just as “Mommy’s friend?” Or has she told them he’s something more?

As the romance only started in November, it’s probably way too soon to talk marriage, but it’s fair to wonder if a young man such as Davidson is ready for a “serious” relationship with a mother of four young children — a situation that necessarily involves all sorts of emotional complexities and constraints on time and priorities.

It’s well known that Kardashian has already brought Davidson into her family life in other ways. She celebrated his 28th birthday together with Kris Jenner, and enjoyed a date night alongside Scott Disick.

With the beauty mogul, there also is the matter of her estranged husband, Kanye West, who is the father of the children, North, 8, Saint, 6, Chicago, 3, and Psalm, 2. For the most part, Kardashian and the mercurial rapper have reportedly vowed to keep the divorce as amicable as possible as they co-parent their children.

With a co-parenting situation, that means it’s likely Davidson will have to interact with West at some level, but among other things, the men could possibly bond over being famous performers and their respective struggles with mental health issues.

Kardashian was said to be less than “thrilled” about West paying $4.5 million for a house across the street from her $60 million mansion that the couple once shared, In Touch Weekly reported, according to The Sun. A source said that West “wants to be a constant presence while co-parenting his kids, and for Kanye, that means being as physically close to [their kids] as possible.”

The source added that “Kim might have to make some adjustments. I mean, nobody wants their ex living right across the street.”

Indeed, the source specifically mentioned that Kardashian was worried that West’s presence might put the brakes on her relationship with Davidson. West supposedly was the reason she couldn’t join Davidson in Miami, where he co-hosted NBC’s New Year’s Eve special with Miley Cyrus, according to Hollywood Life.

What does that mean for Davidson, if things are truly getting serious? Of all the attractive celebrity women Davidson has famously dated, only Kate Beckinsale, 48, was a mother, although by the time he and Beckinsale had their hot-and-heavy fling in 2019, Beckinsale’s daughter was already a 20-year-old adult.

Another complication for Kardashian and Davidson is that he’s based in New York while she lives in Southern California. In a sign of things getting serious, a source told E!: “They are making the distance work, and he’s planning to be in L.A. more often now.”

Read More »
PrevPreviousInvest in football, reap rewards
NextWhat you need to know before you goNext