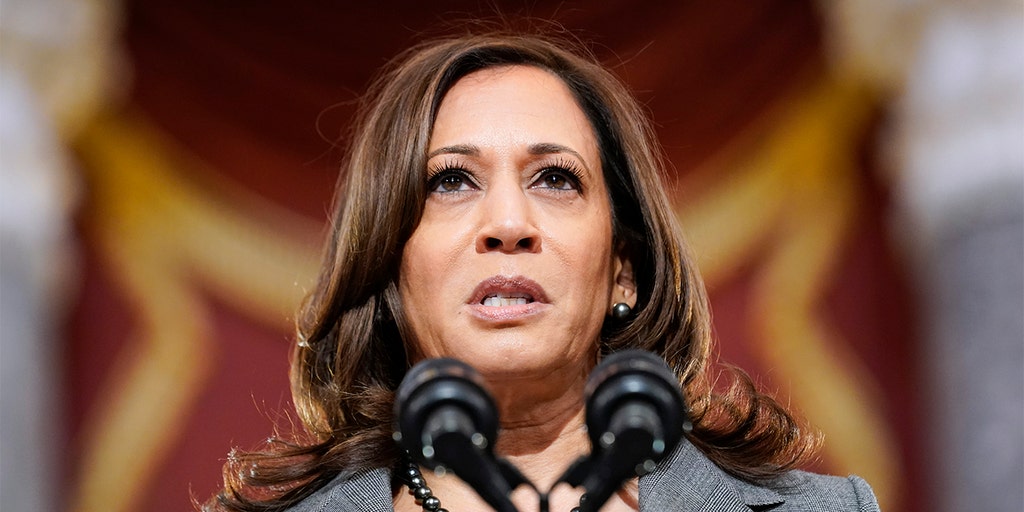 Jordan made his case during an appearance on Fox News’ “Hannity.”

Earlier in the day, during a speech from the U.S. Capitol to mark the one-year anniversary of the riot, Harris claimed the incident ranked among such tragedies as the Japanese invasion of Pearl Harbor in 1941 or the terror attacks of Sept. 11, 2001.

“Certain dates echo throughout history,” Harris said. “Including dates that instantly remind all who have lived them where they were and what they were doing when our democracy came under assault. Dates that occupy not only a place on our calendar but a place in our collective memory. Dec. 7, 1941, Sept. 11, 2001, and Jan. 6, 2021.”

But Jordan told host Sean Hannity that the comparison was too extreme.

‘Tell that to them’

Jordan was referring to U.S. Navy Corpsman Maxton Soviak, 22, of Berlin Heights, in Jordan’s home state of Ohio, who was one of the U.S. service members killed in an August terror attack at the Kabul airport in Afghanistan after President Biden announced plans to pull U.S. troops from the country after two decades of involvement there.

The Ohio Republican then reminded “Hannity” viewers that Harris had once supported the Minnesota Freedom Fund, which helped raise bail money for rioters during the George Floyd protests of 2020.

“This is from the same lady who was raising money to bail people out of jail who attack law enforcement in the summer of 2020,” Jordan said..

“That’s how ridiculous and out of touch the Democrats are,” the congressman summed up.

Jordan, 57, represents Ohio’s 4th Congressional District, made up mostly of suburbs stretching from west of Cleveland to northwest of Columbus.

Jordan appeared on “Hannity” along with U.S. Rep. Jim Banks of Indiana. Both Republicans were among the GOP lawmakers selected for the Jan. 6 investigation committee whose nominations by House GOP Leader Kevin McCarthy were rejected earlier this year by House Speaker Nancy Pelosi.

In July, during an appearance on Fox News’ “Special Report,” Jordan asserted that he and other GOP nominees were rejected because Pelosi likely feared the types of questions the Republicans would ask if seated on the panel, such as why Capitol Police were not better prepared to deal with the Jan. 6 crowd.

He suggested that the answers might have reflected poorly on Pelosi’s leadership regarding Capitol Hill security issues.

Read More »
PrevPreviousSPG is Tasked with Providing Security to Prime Minister. What is SPG Act? Here’s All You Need to Know
NextThe best movies and TV shows releasing in January 2022, according to fans, from Scream 5 to HBO Max’s Suicide Squad spin-off Peacemaker – but what happened to Sony’s Marvel film Morbius?Next