Jordan Henderson set to face Gareth Southgate’s wrath after taking a penalty off Dominic Calvert-Lewin and MISSING in Romania win, as Roy Keane slates the Everton man for not ‘fighting his corner’

By Kieran Lynch For Mailonline

Jordan Henderson‘s long wait to break his international duck will go on after he missed a second-half penalty for England against Romania.

England took the lead through a Marcus Rashford penalty, before later being awarded a second penalty for a high challenge on Dominic Calvert-Lewin.

With Rashford now off the pitch after being substituted, it was up to somebody else to take the penalty responsibilities for the Three Lions. 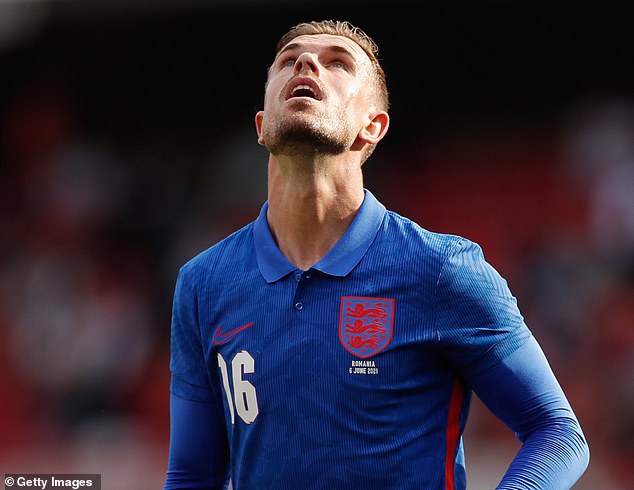 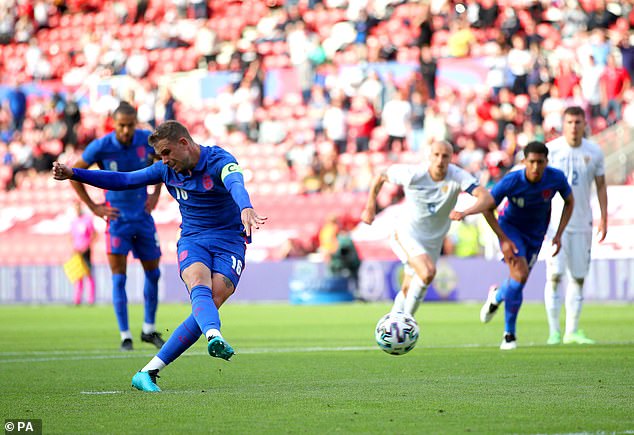 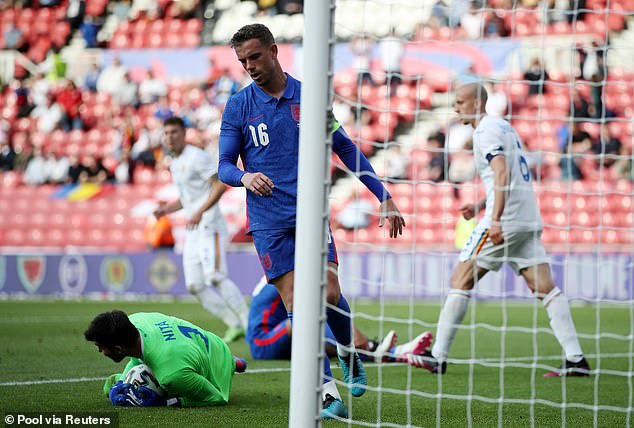 The Everton striker initially picked up the ball only for it to appear that he had it taken off him by the Liverpool captain who came on as a second-half substitute.

Henderson though struck his penalty to the right of the Romanian goalkeeper who dived down and made the save.

England manager Gareth Southgate admitted after the 1-0 victory that he thought Henderson would have let Calvert-Lewin take it.

He said: ‘We had Rashford on penalties and then Ward-Prowse, they both came off. I was expecting Hendo to walk over and let Dominic take it. Maybe we’ll pull rank next time.’

Henderson was also criticised by ITV pundits for deciding to take the penalty, though it was added that Calvert-Lewin should have ‘fought his corner’.

Ian Wright said: ‘Henderson has never scored for England, he fancied he wanted to take it. I’d be disappointed if I was Calvert-Lewin.’

Roy Keane replied: ‘Calvert-Lewin should have fought his corner there. It’s not a good sign from him.’ 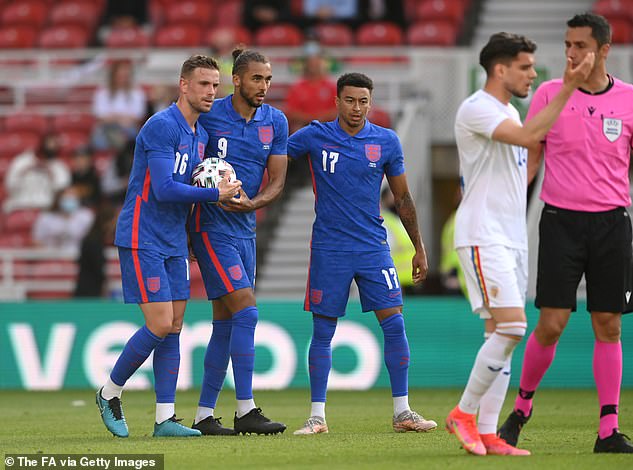 Wright added that Henderson is the senior squad member before Ashley Cole also on punditry said: ‘Henderson’s strength in the ability to play passes from deep but Calvert-Lewin’s got to take that penalty.’

The 30-year-old had not scored in his 58 international caps to date, and was making his return to the field after a long injury spell.

The Liverpool midfielder last played during the Reds’ Merseyside Derby defeat to Everton 106 days ago.

The experienced midfielder has been in a rush against time to be fit for Gareth Southgate’s squad.

Despite the penalty disappointment it was a big plus for the midfielder to get a full half of football as he hopes to contribute this summer. 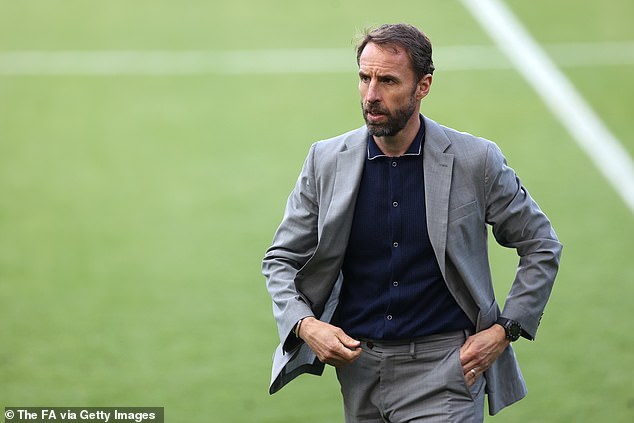