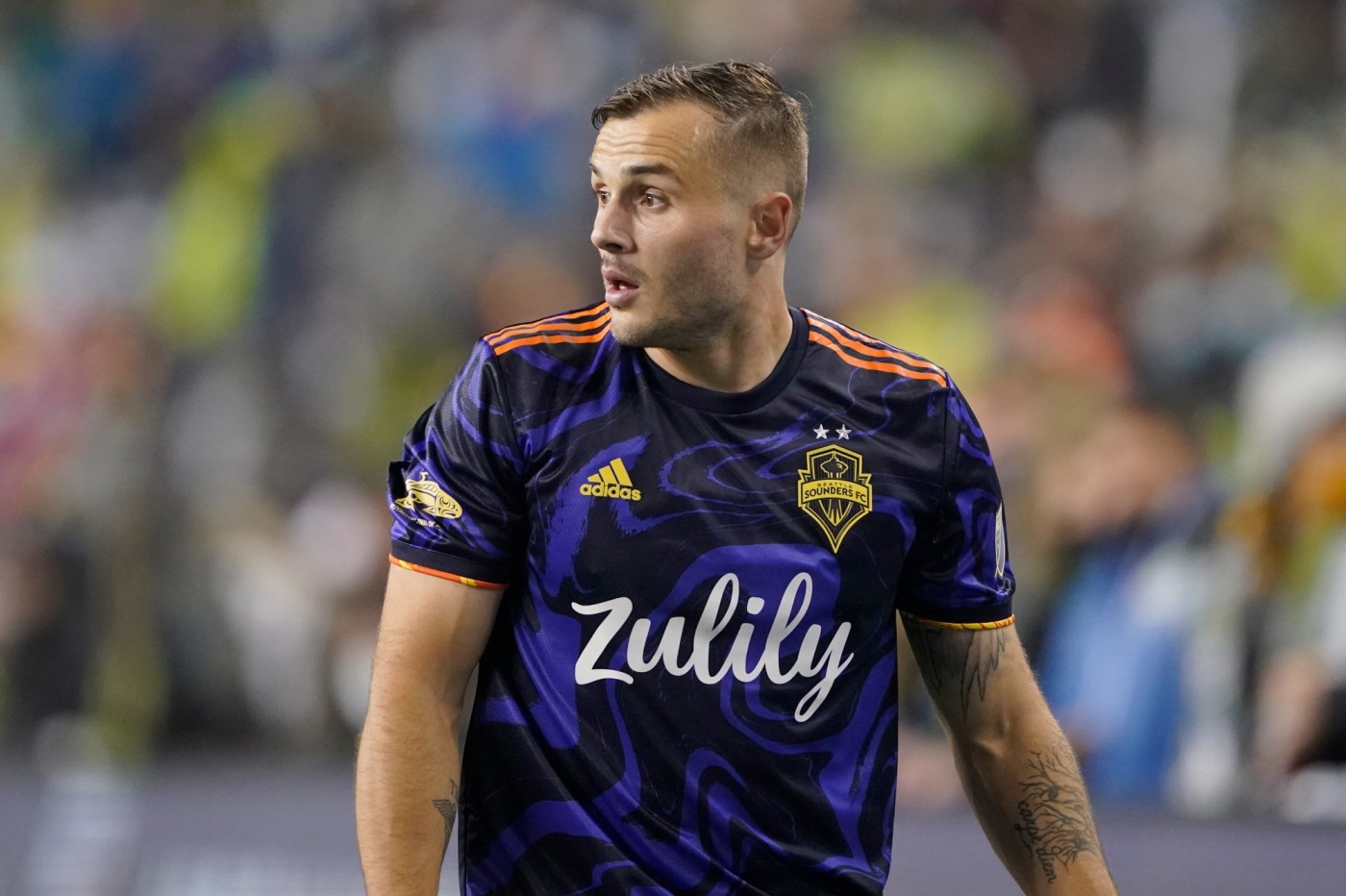 The 2021 season did not start the way Jordan Morris had hoped, but he’s putting himself back in position for a successful 2022.

While on loan with Swansea City earlier this year, Morris suffered an ACL injury in his left knee. That put everything into doubt, especially with the U.S. men’s national team facing an important 2021 of qualifiers and competitions.

“I remember when I was going down to have my surgery, I flew to L.A,” Morris said. “On the plane ride down, I was working on kind of my goal sheets for this year and next year trying to bring some positivity into things.

“And part of my goal this year was to get back on the field before the season ended and get back into a national team camp before next year.”

Morris, 27, made it back for the final two games of the Major League Soccer regular season for the Seattle Sounders and also their playoff game.

He also received a call-up back into the national team camp in preparation for Saturday’s friendly against Bosnia and Herzegovina at Dignity Health Sports Park (5 p.m., FS1).

This is the final match of the year for the U.S.

“It’s been a long year for myself personally and you watch the game on TV and from the sideline, it was disappointing and frustrating,” he said. “To be back with this group is amazing. We have a great group of guys, great staff and to see everyone again, it felt great.”

Morris was called into camp in January before departing to join Swansea City. He has made 39 appearances for the national team.

“He’s looking sharp,” said Cristian Roldan, Morris’ teammate with the Sounders. “He would probably be the first one to tell you that the speed of play was a little fast (upon his return) initially, but I think it’s slowing down for him and the amount of games that he got were kind of unexpected, but was nice and him being back in the mix was nice to see. He’s doing really well and playing like he never left.”

Following this camp, U.S. Soccer will have another one before the start of the next World Cup qualifying window. The U.S. will face El Salvador on Jan. 27, Canada on Jan. 30 and Honduras on Feb. 2.

Morris is looking to make sure he’s part of the next camp and qualifiers.

“I think a lot of it is continuing to get that sharpness and fitness level back up,” he said regarding his goals for this camp. “I was just getting back when we (Seattle) got knocked out of the playoffs. So I think this camp is a great opportunity to get back in with the group and continue to get my sharpness and my fitness level back up heading into a big year next year.

“I’m grateful and happy to be back on the field.”

USMNT vs. Bosnia and Herzegovina