Kanye West has revealed he will be selling hoodies from Balenciaga, Adidas, and Gap for $20, after the fashion brands cut ties with the rapper following his antisemitic comments.

In a video published by celebrity news site X17, the rapper gave a tour of his Los Angeles office where ten employees can be seen sitting behind sewing machines. Hundreds of garments were hung on racks throughout the workshop, or laid out on tables and spread across the floor.

Many of the pieces – which included sweatpants and sweatshirts – were labeled with “Ye24,” signaling West’s 2024 presidential campaign.

“We’re beings with engineering opportunities. We’re getting past the past. We’re focused on the future,” he added.

The hoodies are seemingly left over from before the companies cut ties with Ye after his antisemitic comments.

Balenciaga, Adidas, and Gap were just some of the many brands and companies that cut ties with Ye after he faced intense backlash over his antisemitic comments. Despite the rapper’s close relationship with Balenciaga and its creative director, Demna Gvasalia, the French fashion house was one of the first brand’s to sever its partnership with West.

The move came after Ye and Balenciaga debuted their collection for Yeezy Gap in August. Then, the Yeezy founder terminated his relationship with Gap just one month later, claiming the American retail chain failed to meet obligations detailed in their agreement – such as distributing Yeezy products in its stores by the second half of 2021 and creating dedicated Yeezy Gap stores.

Soon after, Gap joined the list of fashion brands ending their relationship with Ye amid backlash. The company said it was taking “immediate steps” to remove Yeezy Gap merchandise from its stores. The company also shut down its YeezyGap.com website, which now redirects back to the Gap homepage.

“Our former partner’s recent remarks and behavior further underscore why,” the statement read. “Antisemitism, racism and hate in any form are inexcusable and not tolerated in accordance with our values. On behalf of our customers, employees and shareholders, we are partnering with organisations that combat hate and discrimination.”

Gap had reportedly planned on selling existing Yeezy Gap items into the first half of 2023, including multiple product releases this fall and a holiday collection, prior to the rapper’s controversial comments.

Adidas came under intense backlash following West’s anti-semitic comments because the sportswear brand was slow to end its relationship with the rapper. The German company soon condemned antisemitism and “any other sort of hate speech,” and said it would no longer be working with West.

“Adidas does not tolerate antisemitism and any other sort of hate speech. Ye’s recent comments and actions have been unacceptable, hateful and dangerous, and they violate the company’s values of diversity and inclusion, mutual respect and fairness,” the statement said.

However, the sportswear brand will continue to sell Yeezy products under its own Adidas label because the company still owns the copyright to any Yeezy designs made during the partnership.

In the same video posted to the X17 YouTube channel, Ye appeared to announce his run for president in 2024. The rapper was seen in the clip with far-right commentator Milo Yiannopoulos, in which Ye referred to him as his campaign manager.

“This is Milo right here, working on the campaign,” Ye can be heard saying in the footage.

“Is that an announcement?” Yiannopoulos asks Ye, before responding: “I guess it is. Thanks, I accept.”

The cameraman then asks the rapper, “So you are running?”

“Yes,” Ye replies. “It’s simple ’cause ain’t nobody can tell me, you know, ‘you should say this, you shouldn’t say that,’ you know? It’s just we’re moving towards the future.”

The Yeezy designer previously ran for president in 2020. 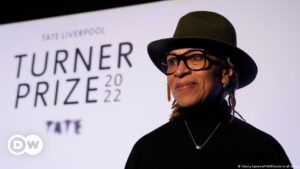 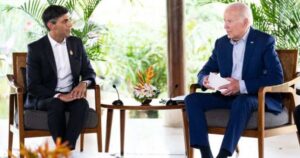 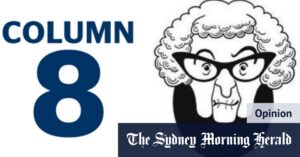 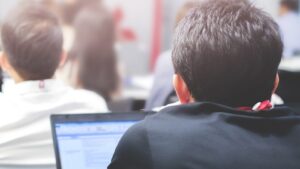