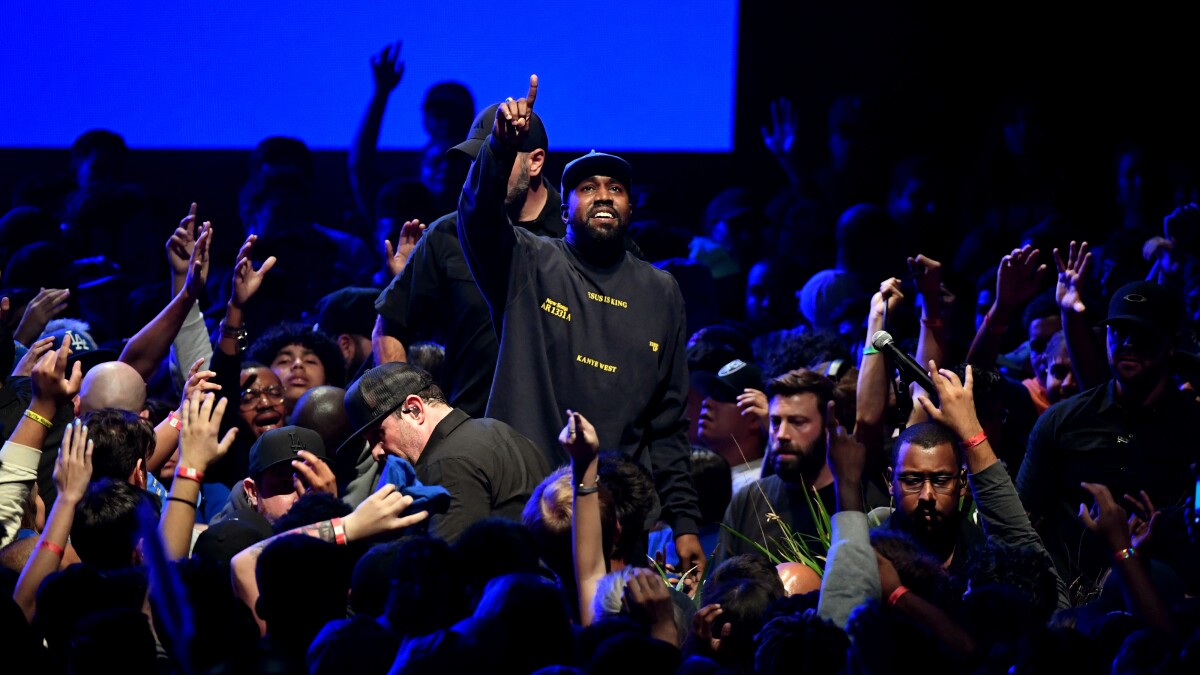 Kanye West will headline the Coachella Valley Music and Arts Festival in April, a source close to the artist said Wednesday.

The news was first reported by Billboard.

West (who now goes by Ye) is in the final stages of confirming festival-closing sets on consecutive Sundays, April 17 and 24. The April 17 set, which falls on Easter Sunday, would reportedly be a version of his Sunday Service gospel-themed show, which West brought to Coachella in 2019.

An official announcement from Coachella promoter Goldenvoice is expected in the next few days. Other rumored headliners and top acts include Billie Eilish and the reunited EDM trio Swedish House Mafia.

West recently performed at the L.A. Memorial Coliseum on Dec. 9 with Drake, in a benefit show for the imprisoned former Chicago gang leader Larry Hoover. He released his latest album, “Donda,” on Aug. 29, after a string of high-profile listening sessions.

The sold-out fest’s original slate of headliners from 2020 included Rage Against the Machine, Frank Ocean and Travis Scott. Scott has not performed since November, when 10 people died during his set at his Astroworld festival. Coachella co-founder Paul Tollett told The Times in August that Frank Ocean was rescheduling his headlining set to 2023. Billboard reported that Rage Against the Machine will not perform at the 2022 festival.

The threat posed by the fast-spreading Omicron variant of the coronavirus could complicate Coachella’s long-postponed return, however.

The Recording Academy announced Wednesday that the Grammy Awards, set for Jan. 31 at the Crypto.com Arena in downtown L.A., would be rescheduled. A new date has not been announced.

Coachella, which draws 125,000 fans a day for two weekends to the Empire Polo Club in Indio, could be imperiled if local or state governments impose new restrictions on mass gatherings.