Nairobi — Sports Cabinet Secretary Ababu Namwamba says the government is in talks with World Athletics and the Athletics Integrity Unit to avert a possible blanket ban on the country over the sky-rocketing doping cases.

Kenya has continuously found itself on the spot over increased cases of the use of banned substances over the past one month, and this has caused jitters, with word being that World Athletics and AIU are mulling over a possible ban on the country.

In a statement released on Thursday afternoon, Namwamba has reiterated the government’s zero policy on the vice that has threatened to cripple Kenyan athletics.

“The Ministry is exploring all available options to ensure that Kenya is removed from the list of Class A doping nations. Our athletes, coaches and relevant athletics institutions must work together to eradicate this menace that threatens the place of Kenya in international Athletics,” a statement from the Ministry stated.

Ababu further stated; “We will target and deal decisively with the criminals and their syndicates. We must work together to eradicate doping and cheating from athletics and sports in general.”

Kenya has continuously remained on the scope of World Athletics with up to six athletes banned for various offences over just the last two months.

According to the AIU, more Kenyan athletes are on the watch list.

The latest Kenyan athlete to suffer a doping ban was Kenneth Kiprop Renju who was issued with a five-year ban. Felix Kipchumba, Emmanuel Saina and Philemon Kacheran are meanwhile all under three-year bans.

Currently, Athletics Kenya has embarked on educative missions across the country, targeting young athletes in a bid to curb the growing vice.

Read More »
PrevPreviousStarter, main or dessert: When do you eat a Yorkshire pudding?
NextWWE legend Santino Marella provides an update on his injured daughter Arianna GraceNext 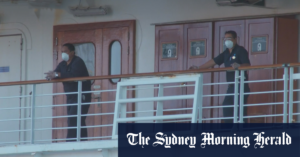