Bravemansgame and L’Homme Presse feature among a final field of nine horses declared for the Ladbrokes King George VI Chase at Kempton.

Paul Nicholls has long since considered the Boxing Day showpiece as a tailor-made target for Bravemansgame, who was a brilliant winner of the Kauto Star Novices’ Chase on this day last season.

The seven-year-old cemented his claims with a comeback victory in the Charlie Hall Chase at Wetherby in October and is strongly fancied to provide Nicholls with a 13th King George success.

He is not the Ditcheat maestro’s only runner, however, with the improving Haydock winner Hitman also considered a leading contender, while 2020 King George hero Frodon bids to regain his crown.

Bravemansgame has been at the top of ante-post lists for some time, but has seen that position challenged in recent days by the Venetia Williams-trained L’Homme Presse.

Like his big rival, the French import was one of the top-performing novice chasers last season, with his biggest day coming in the Brown Advisory Novices’ Chase at the Cheltenham Festival.

He produced a tremendous weight-carrying performance to make a successful reappearance in the Rehearsal Chase at Newcastle last month and is out to give Williams a second King George success, some 24 years after she struck gold with Teeton Mill. 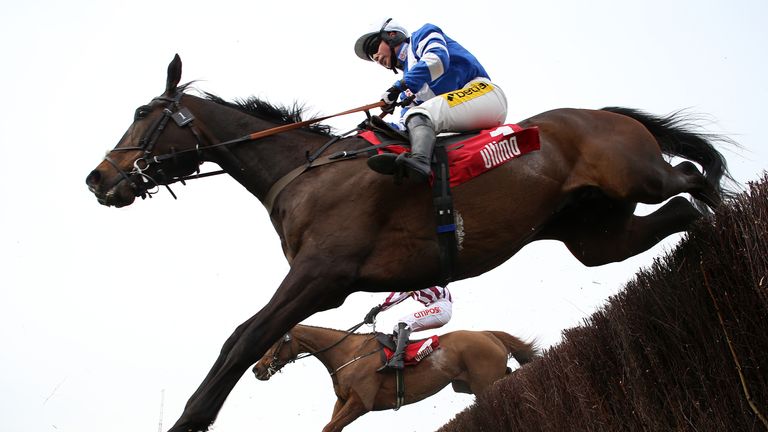 Bryony Frost insists Frodon is no back number in Monday’s King George.

The Herefordshire handler has a second string to her bow in the form of Royal Pagaille, while Irish hopes are carried by Henry de Bromhead’s Envoi Allen.

The Cheveley Park Stud-owned eight-year-old may have lost the aura of invincibility he once had, but proved he is no back number when winning the Down Royal Champion Chase on his latest appearance – his first start over the King George trip of three miles.

Cheveley Park director Richard Thompson said: “He’s not being talked about as much as some of the other horses, but I think we go there with a chance and we’re excited.

“I’ll be fascinated to see how he runs. I had no idea (what to expect) at Down Royal and that was such a great win for him. It really showed us that three miles will suit him well.”

Envoi Allen has suffered from well-documented breathing issues, but Thompson is hopeful on that front.

He added: “I think if he settles well and travels nice and easy, he can get into a rhythm over three miles and hopefully his breathing will be OK, as it was last time. Let’s see. To win a King George would be incredible.”

Lucinda Russell’s Ahoy Senor beat Bravemansgame and L’Homme Presse at Aintree in the spring, but takes them on again with something to prove after successive defeats this autumn.

Eldorado Allen, trained by Joe Tizzard, was second to Bravemansgame in the Charlie Hall and has since filled the runner-up spot in Haydock’s Betfair Chase behind Protektorat, so connections can rightly feel he lines up with each-way claims once more.

The field is completed by Alex Hales-trained outsider Millers Bank.