Los Angeles City Councilmember-elect Hugo Soto-Martinez is heading to City Hall with what he says is a clear mandate to enact bold, progressive policies on housing, homelessness, transportation and other issues.

Soto-Martinez, who won his race by more than 10,000 votes, said the Nov. 8 election showed that residents in his Hollywood district want fewer police officers and more mental health teams — and an end to laws that force homeless people to relocate from designated areas.

“Progressives won the day,” he said.

Attorney Traci Park also declared victory in a council race last week. And she too says she received a “clear mandate” for change. But she heard a distinctly different set of demands from voters. Residents in L.A.’s coastal neighborhoods, she said, want more police officers and more enforcement of laws regulating encampments.

“They want to, at the end of the day, feel safe in their community,” she said.

Voters in this year’s municipal election were clearly unhappy with City Hall, ousting two incumbents and rejecting several other L.A. elected officials who had sought higher office. But the broader political message was more complicated, with candidates at different points on the political spectrum — and with differing political views — winning their respective contests.

Soto-Martinez and community activist Eunisses Hernandez won their council races with major help from the L.A. chapter of the Democratic Socialists of America, which supports the defunding of police, the abolition of prisons and much greater investment in social services. Hernandez defeated Councilmember Gil Cedillo in the June primary, while Soto-Martinez unseated Councilmember Mitch O’Farrell in the runoff.

At the same time, voters also delivered victories to a handful of more moderate candidates, who placed themselves closer to the city’s political center — and more in line with the council’s current policies on homelessness and public safety. They include Park and Councilmember-elect Tim McOsker, who had the enthusiastic support of the Los Angeles Police Protective League, the LAPD’s rank-and-file officers union.

Mayor-elect Karen Bass, who was elected citywide, will probably need her coalition-building skills to bridge those types of differences as she seeks to address homelessness, rising housing costs, crime and other issues, said Raphael J. Sonenshein, executive director of the Pat Brown Institute for Public Affairs at Cal State Los Angeles.

“The challenge for the mayor,” he added, “is to move forward with a strategy for the whole community.”

During the campaign, Bass sought to strike a balance on crime and other issues. She said the LAPD should have about 9,700 officers, nearly 500 more than the department has now. But she also has promised to have a separate office of community safety, one that would not involve the Police Department.

“I know that there are neighborhoods that want to see a more visible [police] presence. They don’t tend to be our neighborhoods,” Bass told Tavis Smiley, a radio host with KBLA Talk 1580, last week. “Our neighborhoods want serious investment in prevention, intervention and the services to prevent crime in the first place. And I think I can make a huge dent in that.”

Zach Seidl, a Bass spokesman, said the phrase “our neighborhoods” was a reference to South Los Angeles.

Bass will take office the same day as Hernandez, who said in one candidate questionnaire that police should not have any role in her community. Hernandez, whose district stretches from Highland Park to Pico-Union, supports greater spending on mental health experts, public health workers and other unarmed responders.

On election night, the contrasts between the winning candidates were immediately clear. Soto-Martinez, at his Atwater Village victory party, said the city is being “ripped apart” by real estate developers and police unions. On the other side of town, voters were handing a 30-point victory to McOsker, who spent much of the last decade as a registered lobbyist for developers and the LAPD union.

The conflicting messages weren’t limited to the council races.

Political science professor Fernando Guerra, who heads the Center for the Study of Los Angeles at Loyola Marymount University, said two other down-ballot contests — city controller and city attorney — wound up becoming “mirror images” of each other as the results came in.

In the race for city controller, voters overwhelmingly elected certified public accountant Kenneth Mejia, who used his campaign to highlight the size of the LAPD budget, which he called “bloated.” Mejia said during the campaign that he would send auditors to every major protest to monitor LAPD officers. He also opposed the city’s ban on homeless encampments outside public schools.

Mejia, a onetime Green Party member, secured more than 60% of the vote.

Porter Ranch lawyer Faisal Gill delivered similar messages during his campaign for city attorney, promising to hold the LAPD accountable and speaking out forcefully against the city’s anti-encampment law, which he called unconstitutional. Yet he lost by double digits to his opponent, attorney Hydee Feldstein Soto, who took more moderate stances and was backed by the Los Angeles County Democratic Party.

Feldstein Soto defended the anti-encampment law, saying she believed it would withstand a legal challenge if enforced correctly. Bass, while waging her own campaign, dealt a serious blow to Gill, withdrawing her endorsement of his bid for city attorney last summer, weeks after he placed first in the June primary.

A Bass spokesman said at the time that Bass “absolutely” disagreed with Gill’s plan to impose a 100-day moratorium on the prosecution of an array of misdemeanor charges.

Although the L.A. election provided mixed messages on specific city policies, voters were much clearer on their view of the City Hall establishment. Voters ousted two councilmembers and defeated four city elected officials who had been hoped to win higher office — a clear sign of public dissatisfaction, said Guerra, the Loyola Marymount University professor.

Guerra said the election of Park to a vacant council seat on L.A.’s Westside also reflected a desire for change, since she had campaigned as a fierce critic of Councilmember Mike Bonin, who steps down next month.

Bonin had called for fewer police, presiding over a decrease of about 800 LAPD officers, and opposed the law prohibiting homeless encampments around schools and daycare centers. Throughout the campaign, Park promised to chart a different course.

“All of the voters wanted change,” Guerra said. “But their version of change was different depending on the neighborhood.”

Park described herself as a “moderate, pragmatic, common-sense Democrat” and said she supports the idea of supplementing police with social workers and mental health counselors. But she contends it shouldn’t be an “either/or” proposition with the LAPD. She also said the vast majority of the council’s members “agree on most things.”

“If we lean into the areas where we agree, and remain civil in our areas of disagreement, we really can come together as a city,” said Park, a resident of Venice.

Soto-Martinez, for his part, said he intends to pursue a number of big initiatives. He wants to increase the size of the council, saying it should initially grow to 31 members and eventually to 51. He also promised stronger renter protections and more bicycle lanes in the district, which includes such neighborhoods as Echo Park, Silver Lake and Historic Filipinotown.

An organizer with the hotel and restaurant workers’ union, Soto-Martinez said he too expects to work collaboratively with his colleagues. He offered praise for McOsker, who will represent a San Pedro-to-Watts district, saying he “understands the city and is very passionate about the environment and worker issues.”

“Yeah, he worked for the police union,” Soto-Martinez said. “But I don’t think it describes the totality of who he is. He’s a very good person, very experienced in the building.”

McOsker, a former aide to Mayor James Hahn, said he expects he will be in the middle of the council politically, not on its right flank.

“I feel that I’m very centrist,” he said. “I’m going to be better on police reform than most anybody, because I understand it.”

Yet another newcomer elected to the City Council this year is Katy Young Yaroslavsky, daughter-in-law of County Supervisor Zev Yaroslavsky and a former aide to County Supervisor Sheila Kuehl. Yaroslavsky ran slightly to the left of attorney Sam Yebri in her race to replace Councilmember Paul Koretz, but she expects to be at the center of the council politically.

This year’s election will give City Hall the chance at a fresh start, she said.

“There’s a lot of opportunity for us to tangibly make progress in L.A. on a bunch of different areas, to shake things up,” she said. “And I’m excited to be part of that.” 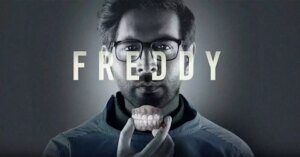 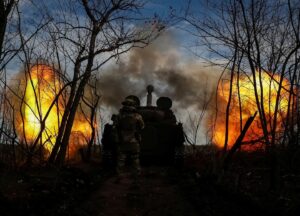 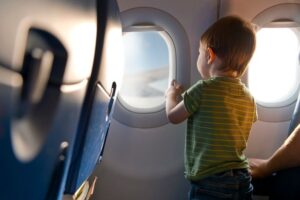 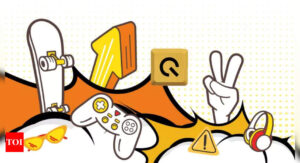 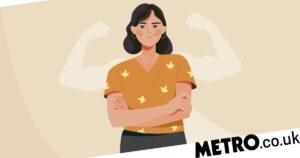 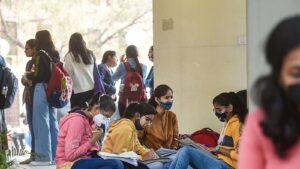 XAT 2023 Registration Deadline Extended Till Dec 11, Here’s how to Apply