From cascading waterfalls tucked away in the verdant valleys of the Eastern Ghats to little known peaks in the region, here is a list of winter weekend getaways around Visakhapatnam

Hidden amidst the Eastern Ghats bordering Visakhapatnam are some hidden wonders. According to regular trekkers, there are nearly 20 waterfalls and stunning peaks surrounding the region. Here’s a list of some of the spots that are relatively easy to access and serve as a perfect winter getaway. 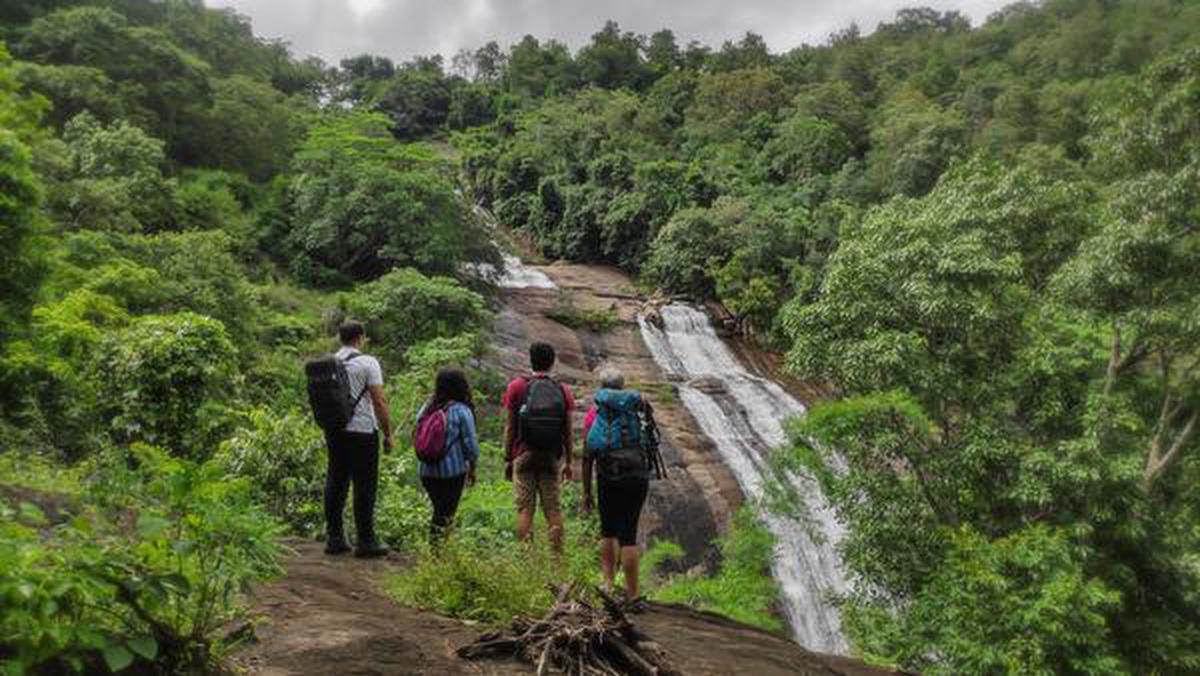 Ever wanted to check out a pristine Nature destination deep in the Eastern Ghats belt? Here is one waterfall which you hear before you see it.

The Kudia waterfalls near Paderu has a three-tiered cascade and is one of the most glorious waterfalls of the region. The first tier of the waterfall is 50-foot-high while the second one is 80 and the third tier is 90. “Reaching the second tier is safer and since it has a natural pool, it makes this spot easier to access as well,” says Naveen Rongali, founder of Ecohikes, a trekking group that conducts sustainable treks and travels. 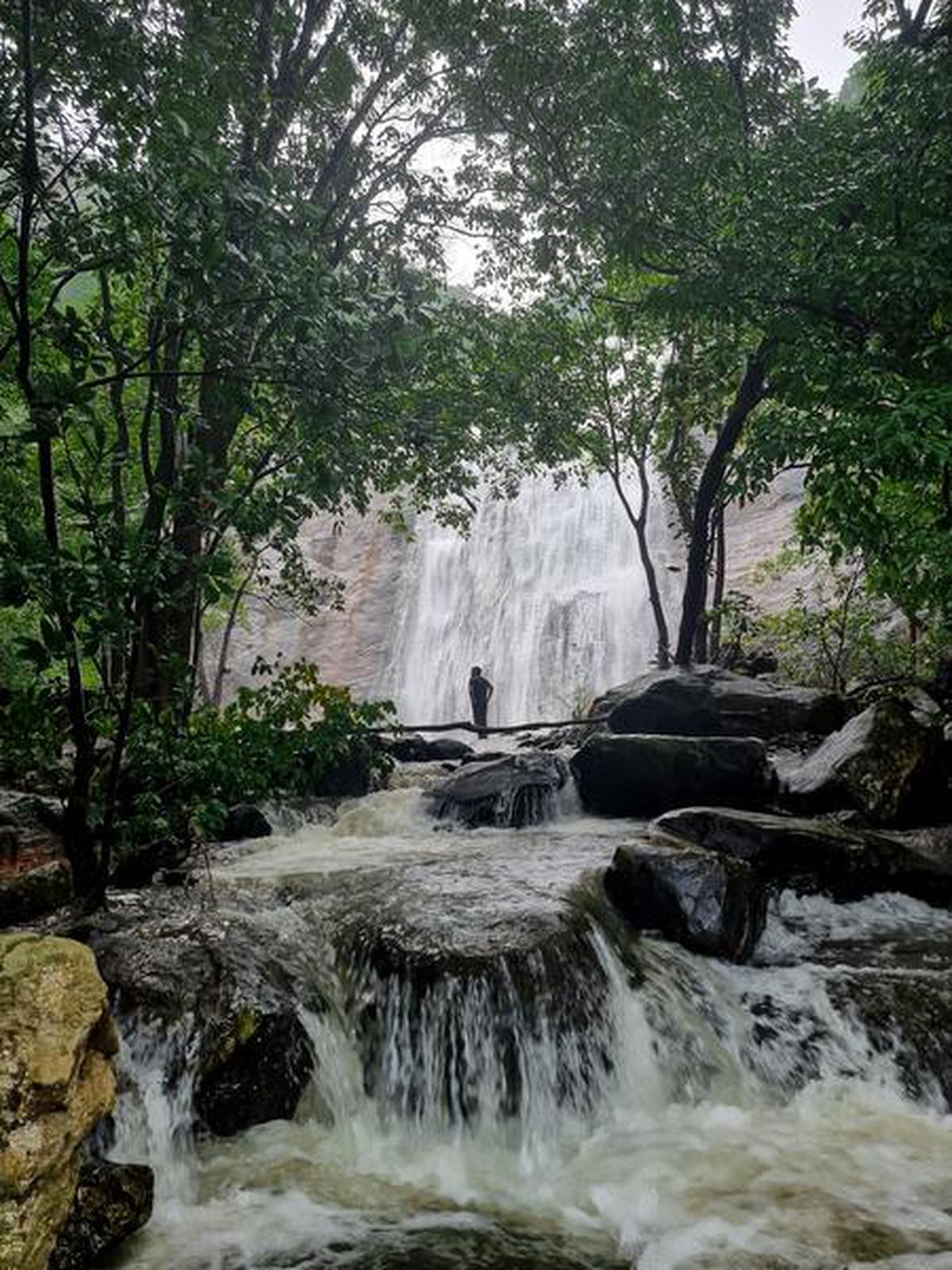 Away from the swarm of tourists, this waterfall offers tranquillity as well as some spectacular sights to capture on camera. The 650-metre downhill trek from the parking area leads one to this waterfall.

This one is a smaller version of Kudia and just about three kilometres away from it. To reach this place, there are two routes. The shorter route is through Devarapalli which is about 90 kilometres of travel from Visakhapatnam. However, the bad roads and patchy mobile network are major deterrents. “There is no network beyond Deverapalli, which makes it very difficult to locate the waterfalls unless you have someone familiar with the region travelling with you,” adds Naveen, who has been organising treks in the region for the past three years.

The best way to reach the spot is via Paderu through Hukumpet (150 kilometres from Visakhapatnam).

Near these two waterfalls is the gushing Tankotamma falls, which is about 100-feet-high. “This is relatively popular and you may find some crowd here during the weekends,” says Naveen, adding, “All these three waterfalls have distinct features and can be covered on one day.” Located at a distance of 25 kilometres from Paderu, (135 kilometres from Visakhapatnam), the Aradakota waterfalls has caught the attention of Nature lovers and photography enthusiasts for its scenic settings. It’s a 70-feet-high waterfall surrounded by lush greenery.

“We discovered this waterfall with the help of the local villagers, who guided us. The journey to the waterfall is equally scenic. The route meanders through green fields, smaller water bodies and rocky climbs,” says Samved Vegi, co-founder of Treksome, a Visakhapatnam-based travel and trekking group. This is ideal for a one-day trip. “You can reach the base by vehicle after which there is a short hike till the waterfalls. The trek is not too difficult ,” adds Samved. Said to be the highest peak of the Eastern Ghats in Andhra Pradesh, the Jindhagada – Armakonda peaks are situated in the same mountain range with a difference of 20 metres in elevation. The Jindhagada towers at approximately 5,540 feet above sea level, a little higher than Armakonda. “The peaks offer a spectacular 360 degree view of the Eastern Ghats. It will literally take you above misty cotton wool clouds, offering views of both sunrise and sunset,” says Naveen. About a year ago, the route to the peaks was a tough nine-kilometre uphill trek from Olubidda village in Hukumpet mandal.

“During the pandemic lockdown a three-metre wide road was laid which has made the route better. It takes two hours to reach the peak now,” adds Naveen.

Photographer and dentist Suresh Gorantla who trekked to the peak some time ago describes the experience as “soul-cleansing”. “There is solitude at the peak and the experience of watching the sunrise from the highest point of the mountain is simply magical. En-route you pass through smaller waterfalls and streams making it a very refreshing experience,” he says.

Ecohikes conducts camps near the location of the peaks at Olubidda village, where the Dongria Kondh tribes live. “Our main objective is to highlight the culture of the region and help people understand how our tribes have been living in the regions with deep reverence and respect for Nature,” explains Naveen.

The Vanjangi peak shot to fame last year for the majestic view of sunrise from the midst of dense clouds. Located near Paderu in the Eastern Ghats of Andhra Pradesh, it is situated at 3,400 feet above mean sea level.

The place became popular last winter when trekkers and Nature lovers posted some breathtaking pictures of the sun floating above a carpet of clouds in the hills.

Read More »
PrevPreviousBiden has it backwards — Democrats, not Republicans, keep democracy in the cross hairs
NextSelena Gomez’s First Glam Selfie of 2022 Features a Lob and Cat-EyeNext