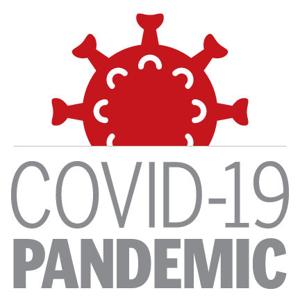 Gov. Gavin Newsom announced a plan to send the kits out to schools Dec. 22, with the goal for students to be “tested as they return to school from winter break.”

Now, it’s more likely now that Kern County students will use the kits after they are back at school, as the kits are scheduled to arrive in Kern County the afternoon of Jan. 3, the day most local students return from winter break.

Whenever the at-home test kits arrive, they will be welcomed by local school communities, Meszaros said.

“At-home tests are often hard to come by, so having access to this supply is great news for our school communities,” Meszaros said. “The tests provide another tool to help mitigate the spread of the virus, with the goal of keeping student in the classroom where they learn best.”

Though they can be expensive, at-home antigen tests have disappeared from store shelves when case rates surge. A rapid-test shortage hit Kern County as the delta variant surged in the fall and the demand from students returning to school in large numbers peaked. Local school districts responded by putting in orders for rapid tests. School districts then ran into a backlog.

With the Jan. 3 shipment, Kern County is due to receive roughly 195,000 test kits on 26 pallets, Meszaros said. Each testing kit contains two tests, meaning there is a total of about 390,000 total at-home COVID tests on the way.

The California Department of Public Health is distributing test kits to the county offices of education to distribute to school districts, in the same way that PPE was distributed in the early days of the pandemic, Meszaros said. Last year, Kern County had approximately 195,000 K-12 students, according to the state’s Department of Education website.

If the shipment arrives Monday afternoon as scheduled, the Kern County Superintendent of Schools expects to be able to distribute the test to districts on Tuesday. Weather has been causing delays in some of the shipments, Meszaros noted.

KCSOS officials surveyed districts about how many tests they wanted over the past weekend. It will be up to each district to decide how they ultimately use and distribute them. Meszaros pointed out that getting the test kits to students before they return was always going to be a tricky prospect — even for those districts who don’t return for another week or two, such as Arvin Union, Delano Union and Lamont Elementary.

“Realistically, the only way to have ensured the program worked as intended, to test students before they returned from break, is to have handed students a test kit before they went on break,” Meszaros said.

The Kern High School District submitted a request for 60,000 test kits earlier this week, but it is still working on the logistics of how it will distribute them, according to spokeswoman Erin Briscoe-Clarke. However, the district has been offering rapid antigen and PCR tests to students and staff daily since March, she said. It paused over break, but it will return with school.

“If students and staff members would like to get tested next week when school is back in session, we encourage them to contact the nurse or an administrator at the school site,” Briscoe-Clarke said.

At least one local school district is already testing its students in preparation for Monday. Buttonwillow Union School District received a grant to fund rapid testing this week and next. The district sent out a message to families Tuesday letting them know the dates and times that testing was available. It’s not required but encouraged, said Superintendent Stuart Packard.

“I feel very good about the fact we have this before we even get back to school,” Packard said.

Buttonwillow doesn’t have an urgent need for rapid tests from the state this week, but he’s glad the district has them on hand with the specter of the omicron variant looming. Having a stash in the event that the Buttonwillow community is faced with an influx of COVID-19 cases is crucial.

“The fact we’re able to provide for a community that is less likely to have access to those tests is an important piece,” he said.

Read More »
PrevPreviousFrom more Bridgerton and The Crown to a Game of Thrones spin-off, here are the most-anticipated shows of 2022
NextSomeone San Diego Should Know: Martha RodriguezNext