Amrit Ramnath does not fall asleep easily. He lies down — at about 11.30 every night — but does not doze off immediately.

With the events of the day behind him, it’s just him and the universe, and the piercing silence of the darkness outside. It’s this golden hour that yields many musical ideas for Amrit.

“I have this habit of keeping a recording device next to me when I’m about to sleep. Sometimes, I even have a musical instrument nearby,” says the 24-year-old Chennai musician.

His latest hit independent Tamil track, ‘Manase’, is the result of one such night a few years back, and so are his next three tracks.

‘Manase’, written by lyricist Madhuranthaki and celebrating the idea of self-love, is a simple melody with myriad musical detours that has appealed to many, including celebrities from the music fraternity like Yuvan Shankar Raja, Pradeep Kumar and Sean Roldan.

“’Manase’ is about a conversation between the various voices inside your head that create a lot of chaos, making you lose the ability to see your vision clearly. It is about accepting these voices and embracing it. It’s not a musicians’ song, it’s for everyone,” says Amrit.

While the 24-year-old musician has been doing independent tracks for a few years now, ‘Manase’ will be his first full-scale independent music video; the film has been directed by Ken Royson and choreographed by the team at The Dancer’s Club. Set in an alternate universe, the stage represents the mind, with the protagonist (Amrit Ramnath) surrounded by several voices who engage with him. “This journey is captured in the music video,” says Amrit about ‘Manase’, which was mixed and mastered by popular film composer Santhosh Narayanan. Back to the roots

While growing up, music always filled the household, he says. Was there pressure to live up to his mother, Bombay Jayashree’s, name? “I have never been told to sit and learn music…growing up, I was just always surrounded by music. She (Bombay Jayashree) has taught me music, but she’s first my mother and friend. There has never been any pressure, and that has allowed me to love music.”

His father grew up in Kolkata, so there was also Hindustani music in the household. “I was a very diaspora kid. So much that I don’t have much cultural association with my roots…musical roots are all I have,” says Amrit, who also trained under the legendary Lalgudi Jayaraman, who suggested that he learn Western classical music.

Carnatic music is a huge part of Amrit’s life; he has a concert lined up in January, where he’ll perform alongside his mother for the first time. Amrit is also looking to make a mark in film music and the independent music scene. Up next, he has ‘Nee Oli’, a song that talks about how you put certain relationships on a pedestal, and another number on moving on that will be shot in Mumbai.

He also has a cheeky track titled ‘Oor Kuruvi’, which tells the imaginary tale of a sparrow that goes from one place to another, gossiping about things. “I make music that is heavily inspired by my varied musical roots but packaged to suit a contemporary setting. I believe that international audiences will take to it.”

Read More »
PrevPreviousElon Musk is running another poll on Twitter: Here’s what it’s all about
NextJapan fans stay after match celebrations to clean up the stadiumNext 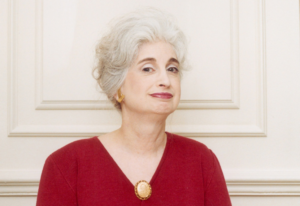