A woman has shared her early symptoms of multiple sclerosis after ‘Dead to Me’ star Christina Applegate opened up about her battle with the degenerative condition.

Lara Kingsman, 54, woke up one day with a “buzzing” and “electric tingling” sensation all over her body, with a feeling of “numb patches” in April 2017.

The mother-of-three thought she’d trapped a nerve jogging, but a GP referred her to a neurologist for further examination.

When the “buzzing” sensation got so bad she couldn’t sleep, Lara went to Addenbrookes A&E hospital, Cambridge.

The school music teacher was initially diagnosed with transverse myelitis – an inflammation of the spinal cord.

But after two MRI scans and a lumbar puncture, Lara was given the life-changing news that she had MS.

Since her diagnosis in May 2017, she has been learning to live with the disease and wants to raise awareness of the illness that affects 110,000 people in the UK.

Christina Applegate, who stars as Jen Harding in the comedy series Dead To Me, revealed earlier this month she has MS.

Like Lara, she had “very small” symptoms which “you could just brush off” before it progressed.

Lara, from, Cambridge, said: “It was a massive shock. I was 47 at the time and quite fit.

“I ran three times a week and was a Zumba instructor. It hits you like a tonne of bricks. I didn’t know anything about MS.”

She continued: “I was fortunate enough to be assigned an MS nurse at Cambridge Addenbrookes hospital who was brilliant.

“When we’re diagnosed with MS we believe we’ll be in a wheelchair within ten minutes but there are different kinds.

“I have relapsing remitting MS which means you have relapses where all of your symptoms get worse at once but you can then recover.

“Relapsing remitting could carry on for one or thirty years – you don’t know when the relapse is going to happen.”

Lara still has “buzzing”, a similar sensation to pins and needles, which travels through her body and in her palms.

She said: “The way I describe it in my hands is when you were little and you jumped off a wall and landed on your hands.

“It’s a bit uncomfortable but it’s always there.”

For many people their first symptoms are optic neuritis – the loss of vision in one eye or foot-drop, when you lose feeling in your foot and trip over things.

Another symptom Lara suffers with is intense fatigue. She has been forced to cut her full-time working hours as a secondary school music teacher to just six hours a week.

MS sufferers also struggle with ‘MS hugs’- when the muscles under your rib cage go into spasm, taking your breath away.

Lara takes Tecfidera – a disease modifying drug – twice a day which protects the fatty tissue that coats the nerve cells.

She also takes a nerve-pain killer as she has chronic pain in her bladder.

She said: “A lot of people are affected when things start kicking in it’s quite scary. You don’t know how it will affect your speech.

“I had to go through a grieving process as you lose sense of identity when you can’t work. You grieve the life you assumed you would have.

“When I have a relapse, I find it hard to remember words.

“It’s more than menopausal brain fog; sometimes I just have to stay in bed because I can’t think of things.

“I’m reliably unreliable. I’m rubbish in the evenings. I have to rest and pace myself and I can’t clutter my diary.

“My husband, Johnny, suddenly passed away of a blood clot when he was 47 in February 2020 and it was such a shock when he died.

“I always thought I would be the one to go first so the onus is on me to look after myself as much as possible for my three kids.”

Lara qualified to get PIP payments last year, but described the process to fill in the 40-page-document as intrusive and gruelling.

She said: “Depression is a real issue for anyone with an autoimmune disease.

“It’s really important that Christina Applegate and Selma Blair are opening up about MS.

“People think of MS and just think of your arms and legs not working but there are so many other things you can’t see.

“We need more research and there is a postcode lottery of people who get resources such as MS nurses.

“Resources are limited, charities such as MS Trust and the NHS are a lifeline.

“I’ve learnt to cope and live a day at a time and I have retained a sense of humour.

“I watch something funny every night before I go to bed and celebrate the positives at the end of every day- I write down three good things that have happened.”

Sam Walker, executive director of services & support at the MS Society, said: “We commend Christina Applegate for being so open about her MS over the last year.

“Her bravery in sharing her story will help so many and raise much needed awareness of a condition that is so often misunderstood.

“Over 130,000 people live with MS in the UK. It damages the nerves in your body and makes it harder to do everyday things such as walk, talk, eat and think.

“Around 7,000 people are diagnosed with the condition in the UK every year.

“Christina describes her early symptoms as ‘very scary’ and we know MS can be tough whatever stage you’re at.

“We’re here for everyone affected by MS and would urge anyone who needs more information or confidential support to call our free MS Helpline on 0808 800 8000.” 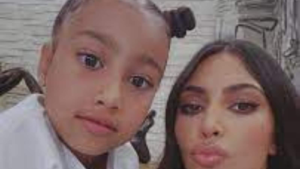 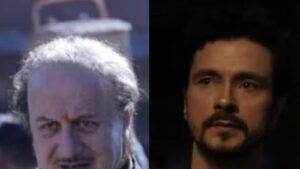 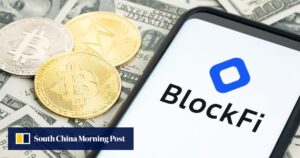