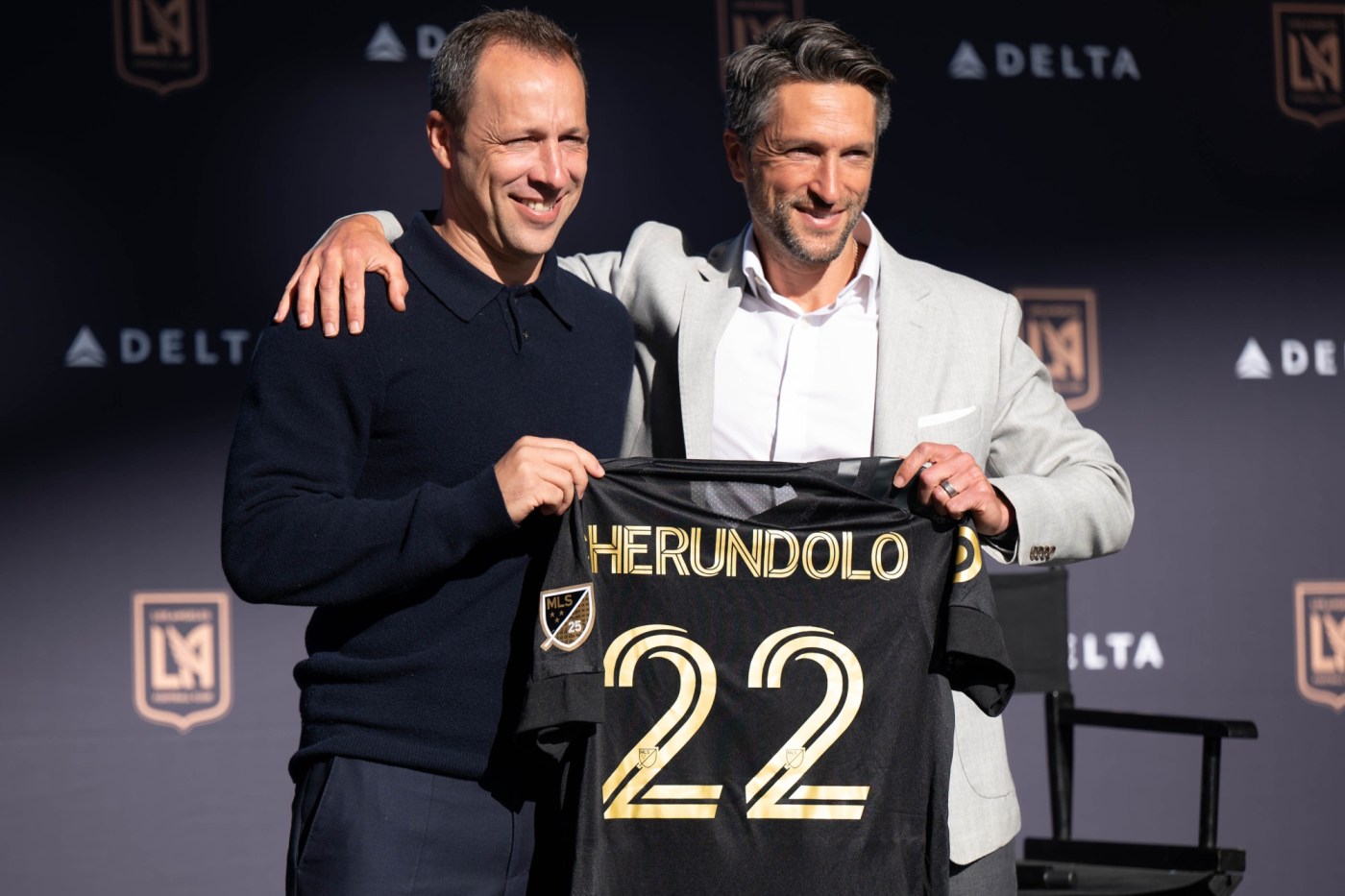 First there was “Bob the Builder.”

Now “Steve the Successor” gets his turn at the helm of the Los Angeles Football Club.

Steve Cherundolo was officially welcomed as the second on-field leader in the club’s five-year history during a press conference at Banc of California Stadium on Wednesday.

Cherundolo, 42, has never been a head coach in the top flight of American soccer, but he has been handed the reins following the generally successful tenure of well-traveled Bob Bradley, who, at the age of 63, after failing to take LAFC to the MLS Cup playoffs for the first time in 2021, is now in charge of Toronto FC.

The early challenge for Cherundolo leading up to the start of the 2022 MLS season on Feb. 26 requires combining pieces that remain from Bradley’s teams with new additions, some soon to come, as he attempts to quickly establish himself as more than Bradley’s mere replacement.

While Cherundolo and the LAFC front office led by his old friend John Thorrington take steps to finalize the roster, no one associated with the Black & Gold describes the process as a rebuild.

“We are very confident that we have a talented group of players with the ability to win now,” LAFC lead managing owner Larry Berg said.

This only raises the stakes for Season 5.

“I love pressure. It’s not a problem for me,” Cherundolo said on Wednesday. “We will work with the guys to make sure it doesn’t bother them because there is a way to channel that into some positivity.”

The roster – “an exciting mix of experienced players, players right in the middle of their prime, and some younger exciting talents,” according to Cherundolo – should provide opportunities to piece together a rotation capable of delivering on game day.

That “excites me the most,” the coach said. “Something we focused on in the offseason and we continue to be doing with John and the staff, we’d like to inject this team with some character and personality. That’s something we definitely want to improve on that’s already there. What we have, week in and week out – the ability to score goals and to play exciting football – is something we want to continue to do and we will.”

Devotion to LAFC’s attacking style is one reason Cherundolo earned the job. His defending chops were another.

“One thing that impressed everybody as we went through the interview process was Steve’s analysis of where we are and what we can do moving forward,” Thorrington said. “One of those things is reducing the likelihood of giving up the types of goals we gave up. Is it true we gave up far fewer chances than anyone else? Yes. But we were historically inefficient in our box and we were historically inefficient in terms of the goals we gave up per chances (created). Our issue was we didn’t give up a lot of chances, we gave up a lot of big chances.”

Considered the most accomplished right back in the history of the U.S. men’s national team, Cherundolo said he won’t be surprised if LAFC defenders grow to “hate me.”

“It’s not so much what I want. It’s how this game is played,” he explained. “There are certain defensive rules we have to follow. I am not going to be able to change this. Nor will any other coach.

“I have very high expectations of defenders and we are going to be adamant about those rules and be disciplined to be able to do that for 90 minutes, because the one time you don’t you get burnt.”

LAFC struggled after Colombian center back Eddie Segura was lost for the latter half of the 2021 season due to a torn anterior cruciate ligament. However, his absence created an opportunity for 19-year-old Senagalese defender Mamadou Fall, who matured last season in part due to Cherundolo’s tutelage with the Las Vegas Lights.

With Segura expected back in the fold alongside other injured players like attacker Kwadwo “Mahala” Opoku, midfielder Francisco “Pancho” Ginella and, most importantly, team captain Carlos Vela, Cherundolo anticipates having a deep, well-balanced squad at his disposal, especially as it shores up the midfield following the departure of stalwart Eduard Atuesta.

“Certainly we are looking to add important pieces in the middle of the park,” Cherundolo said. “That’s the heart of the team and that’s what connects offense and defense. Without a very strong midfield, you will always struggle in transition. So we are looking to stabilize that.”

Signing a third Designated Player in place of Diego Rossi, and adding a goalkeeper to compete with Tomas Romero are priorities between now and opening day.

Incoming players will be “the right fit for LAFC to make us better,” Cherundolo said. “We’re all very focused on winning and we are putting together a team that can win.”