Ghost Rider actor Nicolas Cage and wife Riko Shibata are adding a little one to their family. The couple is expecting their first baby together. 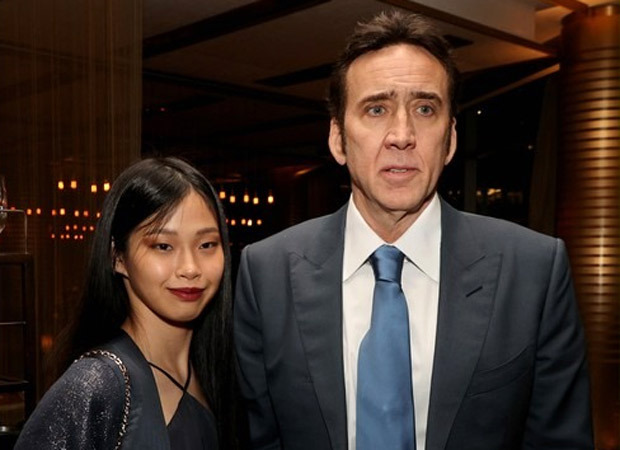 As per People tabloid, the parents-to-be are elated. The actor is already dad to sons Kal-El, 16, and Weston, 31, from previous relationships.

Nicolas Cage, 57, tied the knot with his wife during a very small and intimate wedding at the Wynn Hotel in Las Vegas on February 16 of last year, honouring his late father’s birthday. The couple met in Shiga, Japan, through mutual friends while Cage was filming Prisoners of the Ghostland.

The couple then posed for their first-ever magazine cover for Flaunt magazine, which debuted in October 2021. The following month, the pair walked the red carpet of the 2021 GQ Men of the Year party in West Hollywood.  Cage and Shibata, 27, who is also an actress, made their red carpet debut last July at the premiere of Cage’s film Pig.

On the work front, Nicolas Cage produced and starred in the 2021 film Pig, and received critical acclaim for his performance.  In November 2021, Cage was cast in the Universal Classic Monsters spin-off film, Renfield. Cage will feature in a supporting role, to Nicholas Hoult’s titular R.M. Renfield, as Dracula.

The film will be directed by Chris McKay, with a script by Ryan Ridley, from an original story by Robert Kirkman. McKay and Kirkman will also produce the feature film alongside David Alpert, Bryan Furst and Sean Furst. The project will be a joint-venture production between Skybound Entertainment, and Universal Pictures. Principal photography will commence in early-2022.