No. 5 UCLA and Long Beach State will face off in front of family only Thursday night – Daily Bulletin 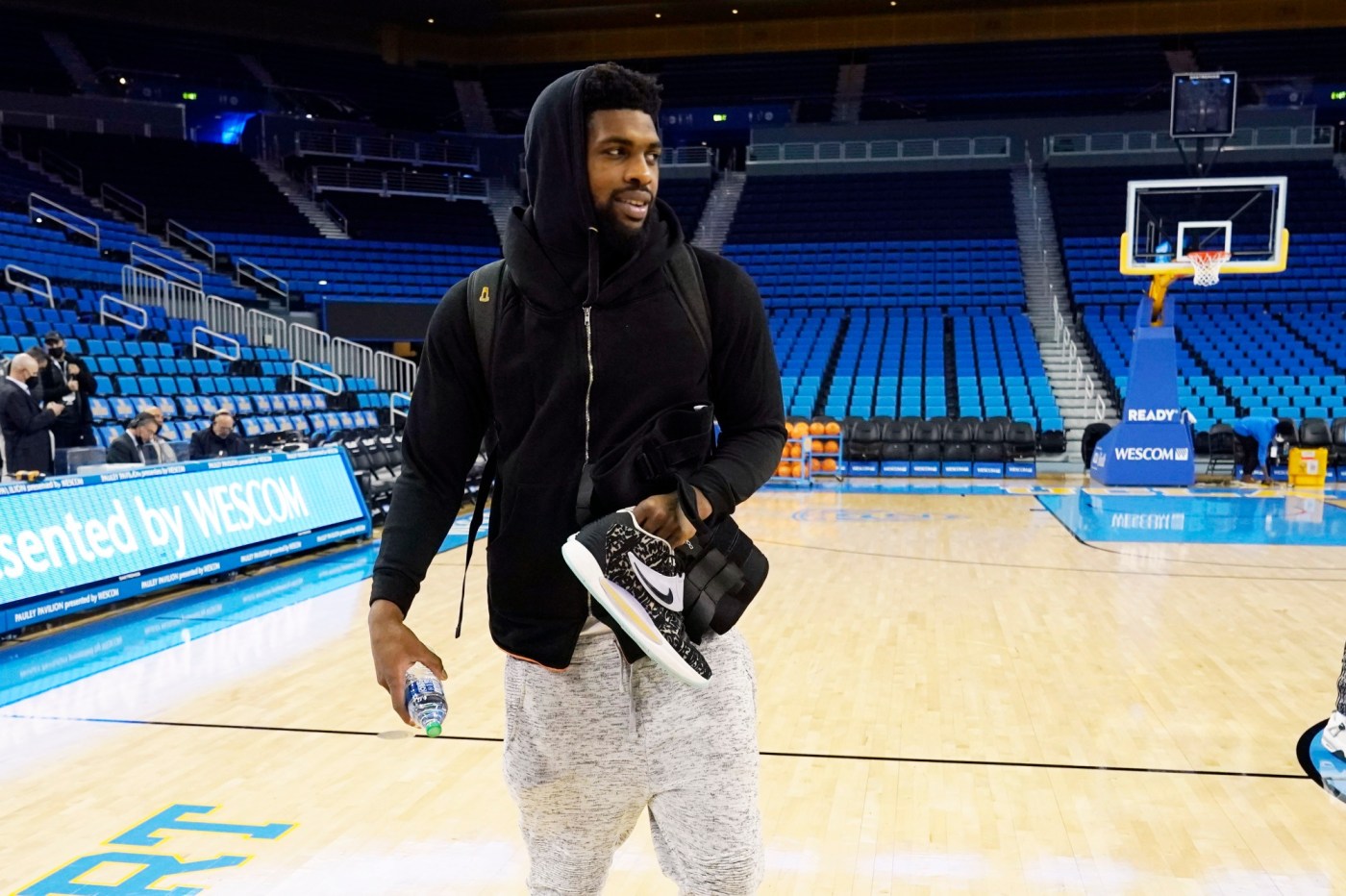 The feeling might be somewhat familiar Thursday night, but not in a good way.

The fifth-ranked Bruins (8-1) will host Long Beach State (3-7) in Pauley Pavilion at 4:30 p.m. in an impromptu game that was officially scheduled late Tuesday night.

It will be the second time the two teams have played this season. The Bruins topped Long Beach 100-79 on Nov. 15 at home.

No fans will be allowed in the arena Thursday. The contest will be limited to families of team members, due to additional COVID-19 safety precautions.

“Guests should not come to Pauley Pavilion for the game,” the release read Tuesday night.

It will be UCLA’s first game since Dec. 11 when it beat Marquette in Milwaukee. That was just four days before the team was shut down on Dec. 15 due to COVID-19 within the program. A few players began to trickle back to the court for workouts starting Dec. 27. The team has been back with all 11 available scholarship players since Jan. 1, according to coach Mick Cronin.

“I know they want to play (a game),” Cronin said of his players. “They’ve grown sick of me again.”

The Bruins only led 48-45 at halftime when they played Long Beach in November. Joel Murray scored 30 points and Colin Slater added 27 in what was an inspired effort for Long Beach, but ultimately a 21-point loss.

After such a long layoff and all but three UCLA players dealing with the effects of COVID-19 over the past three weeks, game shape will be tested.

“I don’t think our game plan really changes. We’ve been back at practice for a week and starting up again this week,” Jaime Jaquez Jr. said Tuesday morning. “We’re getting back into the swing of things.”

Long Beach hasn’t played a game since Dec. 12. USC beat LBSU 73-62 at the Galen Center before the team had to shut down due to COVID-19 protocols within its program. It led to the cancellation of the next six games on its schedule. Long Beach will travel to play UCLA on the latter part of a back-to-back this week. LBSU was scheduled to host Westcliff University, an NAIA school in Irvine, Wednesday at 7 p.m.

It will be somewhat similar to the atmosphere – or lack thereof – UCLA played in last season during the height of the COVID-19 pandemic when no fans were permitted to attend, and postgame press conferences were done via Zoom from within the arena.

At least family is allowed in this time.

UCLA center Myles Johnson, a Long Beach native, says he usually hears his mom from the stands when he plays.

“She has a very recognizable voice,” Johnson said laughing in early December.

If Johnson’s mom is in attendance Thursday, her voice will likely be heard with more clarity. It’s better than the fake crowd noise that was pumped into the arena all last season.