PAK vs ENG Day 4 Highlights – Multan Test: England has scripted history in Multan. Under Ben Stokes, England has registered its…

PAK vs ENG Day 4 Highlights – Multan Test: England has scripted history in Multan. Under Ben Stokes, England has registered its maiden Test series win on Pakistan soil since 2000. England defeat Pakistan in Multan by 26 runs and with it they took 2-0 unassailable lead in 3-match-series. Day 4 action witnessed England bowlers rising to the occasion. Mark Wood was the standout bowler for the Three Lions who bagged four wickets, while veteran pacer James Anderson also contributed with two scalps in England’s historic win. Earlier in the day, Joe Root struck early and removed Faheem Ashraf for 7. This was Root’s 50th Test wicket. England last won a Test series in Pakistan was under Nasser Hussain’s captaincy way back in 2000: Watch PAK ENG LIVE Streaming on SonyLIV & Follow PAKISTAN vs ENGLAND LIVE Updates on InsideSport.IN.

Spinner Jack Leach removed Imam-ul-Haq to break the century run stand with Saud Shakeel. The latter has gone past 50 and has put Pakistan in contention to chase the runs on Monday.

Earlier, England struck early and hosts were three down in 2nd session. Muhammad Rizwan, Babar Azam, and Abdullah Shafique departed after their stumps got castled.

WTC Finals Race: Australia extend their lead at TOP with HUGE victory over WI in Adelaide Test, check how PAK…

Opting to bat, England did not have a good start as they lost Zak Crawley early. But Ollie Pope and Ben Duckett fought back with 107-run second wicket stand. Pope scored 60 while Duckett managed 63. However, it was Pakistan’s debutant Abrar Ahmed who turned the match in Pakistan’s favour.

He wreaked havoc with 7 wickets. England’s Top 7 including Joe Root, Ben Stokes and Harry Brook all fell to him one by one. With no solid partnership in the middle, England struggled. Stokes and Will Jacks stopped the slide momentarily with a 61-run stand. Once they fell, England folded for 281. But Mark Wood must get a notable mention as his 27-ball 36-run knock helped England get close to the mark.

In response, Pakistan too were off to a rocky start. James Anders struck first to remove Imam Ul-Haq for a duck. While Babar and Abdullah Shafique played some counter-attacking cricket, the opener departed for 32 to Jak Leach. At Day 1 stumps, Pakistan managed 107/2 with 174 runs still to get for a first-innings lead. 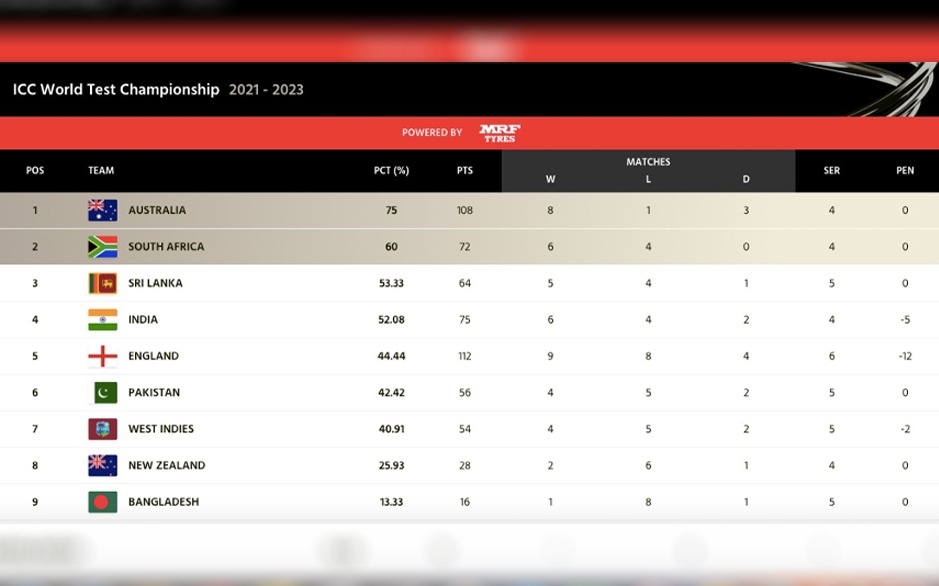 The Test series between Pakistan and England will be broadcast by Sony Sports Network in India, while the viewers can watch the game on the SonyLIV app and website.