By Ollie Lewis For Mailonline

Fans and pundits have often drawn comparisons between Phil Foden and Paul Gascoigne, and the England hotshot has taken it to the next level after unveiling his eye-catching new hairstyle for the Euros.

Foden is expected to play a huge role in England’s journey this summer, having been included in Gareth Southgate‘s 26-man squad after an outstanding campaign with Manchester City.

The European Championships return to England for the first time since Euro 96, when the nation was swept away by Three Lions mania thanks to the exploits of Gascoigne & Co. 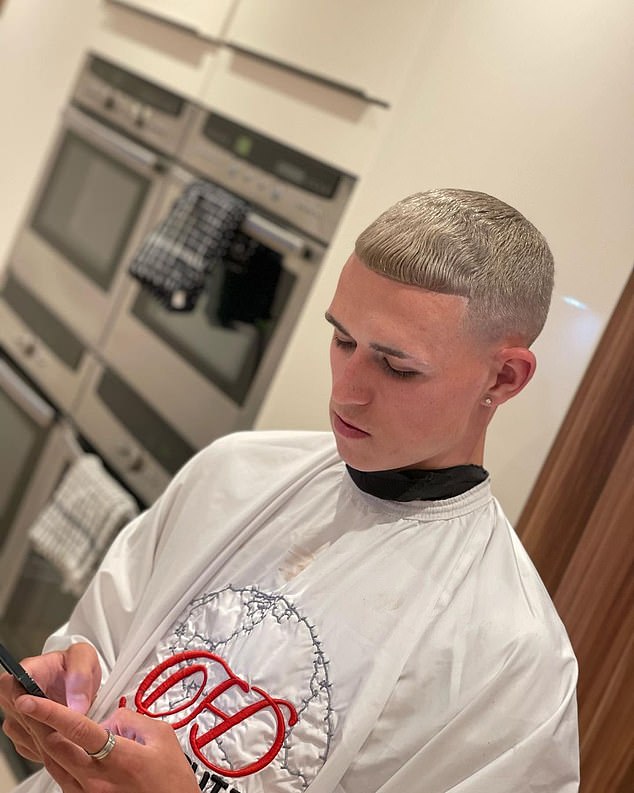 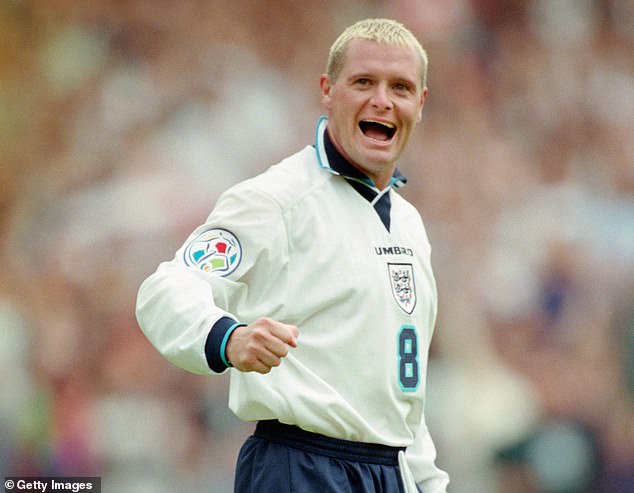 And Foden, who will hope to emulate Gazza’s exploits this summer, has donned the same blonde highlights look that the former Spurs, Lazio and Rangers man had during that glorious summer.

Gascogine set England’s Euro journey alight in 1996 with his incredible solo goal against Scotland at Wembley, in which he latched onto Darren Anderton’s through ball, dinked the ball over Colin Hendry and fired past Andy Goram in goal.

Pre-tournament headlines had been dominated by the Three Lions’ antics during training camp for the competition, in which they were photographed drunkenly revelling amid stories that Gazza had participated in the ‘dentist’s chair’ drinking game.

After his magnificent strike against the Scots, the Newcastle-born star mimicked the drinking game, much to the joy of England supporters watching on.

England play Scotland in the group stage this summer, and fans are now hoping that Foden will go ‘full Gazza’ if he manages to score against Steve Clarke’s side on June 18.

‘Begging Foden does the ‘Dentist Chair’ celebration if he bags against Scotland’, one England supporter posted on Twitter.

‘Wasn’t convinced on the Foden & Gazza comparisons’, another fan wrote. ‘But now he has dyed his hair I am fully sold & it’s coming home!’

‘Wow, Foden is going to be on one’, another supporter posted after seeing the youngster’s new look.