Rumors swirled this weekend about possible candidates after Stotts was fired Friday, a day after the Blazers were eliminated by the Denver Nuggets in the opening round of the playoffs, but Olshey said the team is still preparing the list to give to team owner Jody Allen.

“We’re running a very expansive, diverse search. We’ll probably have anywhere from 20 to 25 candidates in there with biographical data, background, intel, impact studies, coaching records, playing records, etc., so that we all are speaking the same language as we vet these candidates,” he said. “I have not reached out to any teams or agents to request permission to conduct formal interviews until we’ve had a chance to review all those materials.”

Los Angeles Lakers assistant Jason Kidd withdrew his name from consideration during an interview with ESPN after it was reported that Damian Lillard had endorsed him for the job. The names of other possible candidates also were bandied about over the weekend.

Stotts coached the Blazers for nine seasons, taking them to the playoffs in the last eight. But Portland has failed to advance past the first round in four of the last five years.

The 63-year-old Stotts was the NBA’s fourth-longest tenured coach in his current job behind only San Antonio’s Gregg Popovich, Miami’s Erik Spoelstra, and Dallas’ Rick Carlisle. 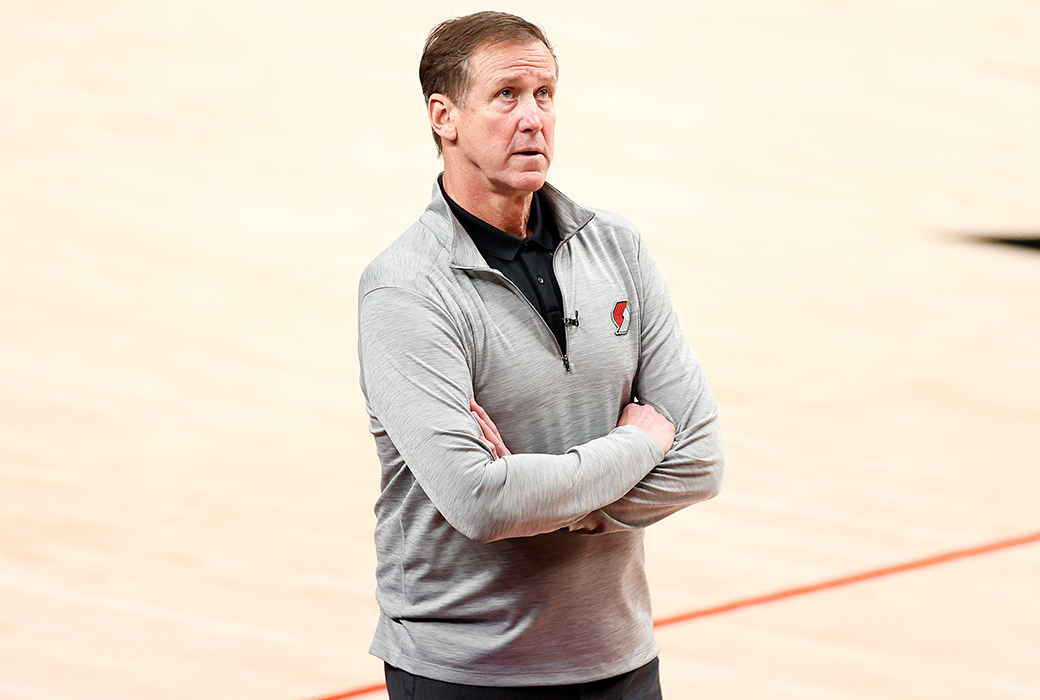 He wrote a letter Saturday to fans thanking them, as well as everyone connected to the team, for his time in Portland.

“Being the head coach of the Trail Blazers has been a life-changing experience,” he wrote. “There have been so many special memories that my wife, Jan, and I will always cherish; memories involving wonderful people and lasting friendships.”

Olshey said one of the glaring issues for the Blazers has been defense. The team’s defensive rating was 29th in the league.

“It’s not acceptable,” he said. “At 29th, you are finishing below teams that are literally in a rebuild.”

The new coach will certainly be lured by the chance to work with one of the game’s dynamic scorers in Lillard. Olshey said Lillard will have input in the decision.