Racism casts a shadow over English sport once again | Sport 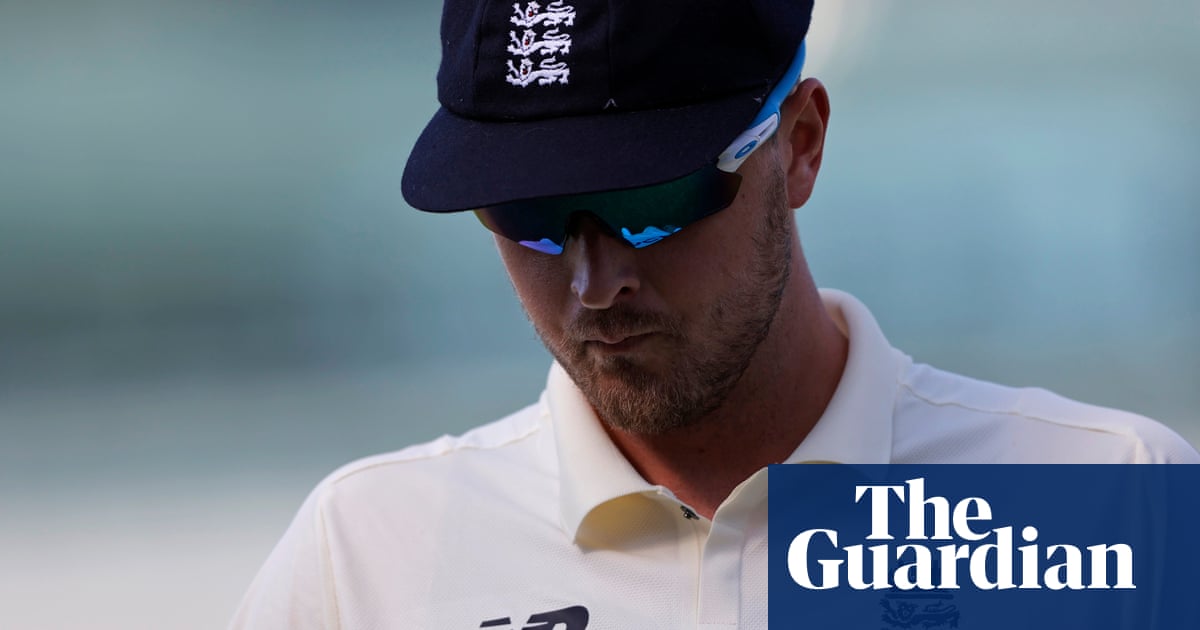 In the space of a few days, we have the England football team being booed for making an anti-racist gesture (Report, June 3) and the prime minister, a man famed for racist slurs against Muslim women, jumping to the defence of a cricketer suspended for racist and sexist “jokes” posted a decade ago (Boris Johnson joins Oliver Dowden in ECB criticism over Ollie Robinson, 7 June). Ollie Robinson really does not need friends like these.

The men who run English cricket have gifted this opportunity to Boris Johnson by their clumsy handling of the affair. Instead of banning Robinson while they investigate what he wrote as a teenager, there were other options available. What do they need to investigate anyway? He wrote some garbage, he shouldn’t have. Case over, Sherlock.

A more constructive response would have been to order Robinson to do unpaid coaching of kids in inner-city areas. He was born in Margate, so may not have had the benefit of a multicultural childhood, unlike players such as Moeen Ali (Birmingham), Joe Root (Sheffield) or Adil Rashid (Bradford).

Go to a Bradford League game on any Saturday and you will almost certainly see a seam bowler of Asian origin. None have ever played for Yorkshire or England. What if the current crop of teenagers were being coached by a young fast bowler who had just dismissed Kane Williamson in a Test match at Lords?Tim RobinsonBradford

What sort of reaction is this from Boris Johnson about a serious racist incident? It just confirms that our elitist Tory leaders are inherently racist, perhaps without realising it, because their whole culture and education has been and is racist. They are pandering to what they perceive as populist opinion.

So the tweets were published seven or eight years ago. But they were by an 18-year-old, quite old enough to know what he was doing. Does the public think we should forgive and forget the actions of similarly aged terrorists and rapists so quickly. I think not.

How could the ECB maintain to non-white cricketers that English cricket is non-racist if it had not suspended Robinson. I’m sure he is sorry now. Of course he is, it impacts his whole career. But has he changed his views and personality so totally? If he is really a changed man, he would welcome his suspension as an act of penance.Pat StaplesSouthampton

The condemnation and suspension of Ollie Robinson serves to highlight something nasty that the “righteous” in our cultural wars often betray: a desire to punish and even destroy those whom they deem guilty of inappropriate thought or deed, often of the most trivial nature.

Robinson has apologised and doubtless is feeling foolish and chastened, which should open the door for a word not often heard: clemency. This denotes both generosity and forgiveness, and is likely to have a great deal more benefit to the recipient than punishment and social banishment.Patrick BrittainBrighton, East Sussex

I would be grateful if Lee Anderson MP could explain how England players taking the knee before football matches “undermines our very way of life” (Tory MP to boycott England games in row over taking the knee, 6 June).John WrayLondon