Every night for the past 15 years, Annette Ritchie has struggled to fall asleep. She is kept awake by sensations pulsing through her legs which give her a relentless urge to move them.

When she lies down or sits still for long, niggling sensations ‘like ants crawling in my blood’ develop in both limbs.

‘I have this irresistible urge to move my legs, as it’s the only thing that relieves the feelings,’ says Annette, 52, a former council worker who lives in Inverness with husband Andrew, 57, a security camera operator.

Because of her broken sleep, she is nearly always exhausted, which in turn affects her concentration. ‘I’ve put pans on the stove and let them boil dry,’ she says. 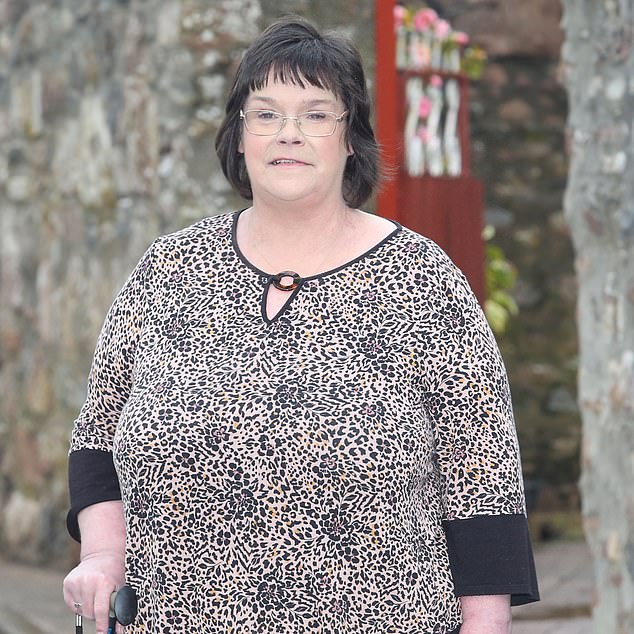 Every night for the past 15 years, Annette Ritchie has struggled to fall asleep. She is kept awake by sensations pulsing through her legs which give her a relentless urge to move them

Annette has restless legs syndrome (RLS), defined as an irresistible, frequent urge to move your legs, usually at night. This is accompanied by sensations such as tingling, itching, burning and fizzing, or a feeling that insects are crawling under the skin.

About 80 per cent of those affected also suffer from periodic limb movement disorder — an urge to repeatedly jerk the arms or legs, again mainly at night.

The name ‘restless legs’ makes the problem sound trivial but, in fact, it can disrupt sleep so badly that it leads to chronic insomnia and all its associated health and emotional problems, including depression, relationship breakdown and, in rare cases, suicidal behaviour, says Dr Julian Spinks, a GP in Kent and chair of the charity Restless Legs Syndrome UK.

A U.S. study published in the journal Neurology in 2019 found that people with RLS were two to two-and-a-half times more likely to self-harm or have suicidal thoughts than those without it.

Dr Spinks, who developed RLS himself as a junior doctor, says: ‘Although it is estimated to affect more people than type 2 diabetes, most people don’t know anything about it or think it’s not a serious condition.’

About 2.2 million people in the UK have RLS at some point in their lives but, as there is no definitive test for it, many are misdiagnosed and given treatments that do nothing to help or even make their symptoms worse.

Dr Spinks says: ‘The symptoms can mimic those of other conditions such as peripheral neuropathy [nerve damage in the limbs], night cramps, insomnia and depression. 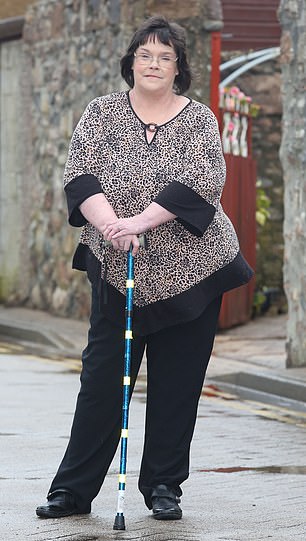 Annette has restless legs syndrome (RLS), defined as an irresistible, frequent urge to move your legs, usually at night. This is accompanied by sensations such as tingling, itching, burning and fizzing, or a feeling that insects are crawling under the skin

‘Patients can sometimes be diagnosed with insomnia and prescribed sleeping tablets. Others are told they have night cramps and prescribed quinine — but quinine can make RLS worse, though it isn’t known why. Others are treated for back problems, nerve pain or nerve entrapment.’

Experts at Seoul National University Hospital in South Korea earlier this year announced that they had identified biomarkers — unique proteins in the blood — in RLS sufferers. However, the results, published in the journal Sleep Medicine, were from only a small group, so any tests could be some way away.

In the meantime, the condition continues to be underplayed, even by doctors, says Professor Guy Leschziner, a consultant neurologist and clinical lead at Guy’s and St Thomas’ NHS Trust in London.

‘The impact on people’s lives is very much underappreciated — one commentator in a medical journal even called it a condition “made up” by drug companies to make money,’ he says. ‘It is really under-researched.’

Even the cause is not fully understood. ‘In some individuals it may be entirely genetic,’ says Professor Leschziner. ‘In others, it may be largely as a result of medication or iron deficiency.’

Low iron stores cause changes in how a brain chemical, dopamine, is regulated in the nervous system. One of dopamine’s functions is to control impulses from the legs to the central nervous system — and levels of it naturally fall later in the day, which may be why symptoms worsen at night.

Common drugs, including antihistamines and anti-nausea drugs, that work by blocking dopamine receptors in the brain can cause or exacerbate RLS.

RLS affects more women than men (hormones are believed to play a role). It is common in pregnancy and occurs more with age; one theory is that older people are more likely to be on medication that affects RLS.

‘But children can be affected,’ adds Professor Leschziner. ‘It is sometimes mistaken for growing pains.’

And while for some people RLS is an intermittent problem, a minority suffer from severe symptoms — as Annette does.

She went to her GP a few months after developing the symptoms, but was simply told that she had RLS, there was ‘no cure’ and she should drink tonic water daily as it contains quinine for cramps.

‘But it was no help at all,’ she says. ‘The doctor made me feel it was a trivial problem and that I’d just have to live with it. Because of her reaction, I didn’t seek medical help again for nine years.’ While it is always bad at night, Annette finds an attack can happen whenever she sits still for a long time.

‘Once, in a traffic jam on a long journey, I had to recline the passenger seat and lie back so I could kick my legs to alleviate the creepy-crawly sensations,’ she recalls. ‘When I’m eating out, I only manage the starter before I have to get up. It feels as if my legs are throbbing with a low-level electric current.’

Moving helps calm the symptoms, says Dr Spinks. ‘We suspect it’s like scratching an itch — the sensation provides sensory input and distracts you from the pain.’

However, patients often feel the urge to move again once they stop. About 15 per cent of RLS sufferers have such severe symptoms they need medication. Until recently, the gold-standard treatment was dopamine agonist drugs that boost dopamine levels, such as pramipexole and ropinirole.

But side-effects, including compulsive behaviours and augmentation — where drugs worsen symptoms — mean some doctors are reluctant to prescribe them.

Augmentation is reported to affect up to 35 per cent of RLS sufferers taking dopamine agonist drugs.

Studies found that this can result in patients developing more intense and severe symptoms and the sensations can begin to blight other parts of the body, including the arms, head and torso.

Other drug treatments include opioids, such as codeine and tramadol, for pain relief — but these, too, can cause side-effects.

‘Five years ago, I might have started an RLS patient on medication but now we know more about side-effects, I try lifestyle interventions first,’ says Dr Spinks.

‘I’ll start by concentrating on identifying possible causes, such as medication side-effects, then suggest measures such as avoiding caffeine or alcohol, which can make RLS worse, although we don’t know why.

‘Testing for iron deficiency is another, as for some people iron supplements alone will be enough for their symptoms to go away.

‘Other strategies involve applying heat or cold to relieve pain, or taking more exercise,’ he adds. ‘Others say magnesium supplements are helpful [to relax muscles], but the evidence is weak.

‘Newer treatments include vibrating compression clothing and intravenous iron infusions, but no single treatment works for everyone.’

Annette went back to her GP six years ago and was prescribed painkillers and dopamine agonist drugs, but with limited success.

‘I’m still having to get up and pace the house every night, trying not to wake my husband,’ she says.

‘I just wish RLS was taken seriously and more research was done to find a cure. It’s a lot more than just having jiggly legs.’ 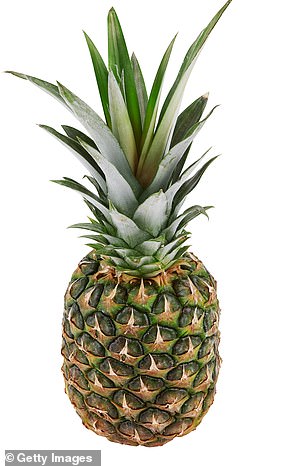 Pineapple may seem an unusual post-workout choice but the fruit is packed with vitamins, minerals, antioxidants and enzymes that have a range of benefits.

In particular, it contains the enzyme bromelain, which is said to suppress muscle inflammation caused by strenuous activity — possibly through controlling the reaction of white blood cells called leukocytes.

A study published in the journal Medical Science Sports Exercise found that enzymes which break down proteins during digestion (such as bromelain) had an anti-inflammatory effect.

Participants in the study performed strenuous exercise for 45 minutes.

Those who were given bromelain supplements afterwards were found to have less inflammation and more muscle strength than a group who hadn’t received the supplement.

Bromelain levels can vary between fruits, but a cup and a half of pineapple may help to achieve this benefit.